An overdose death in every county

Deaths decline in second half 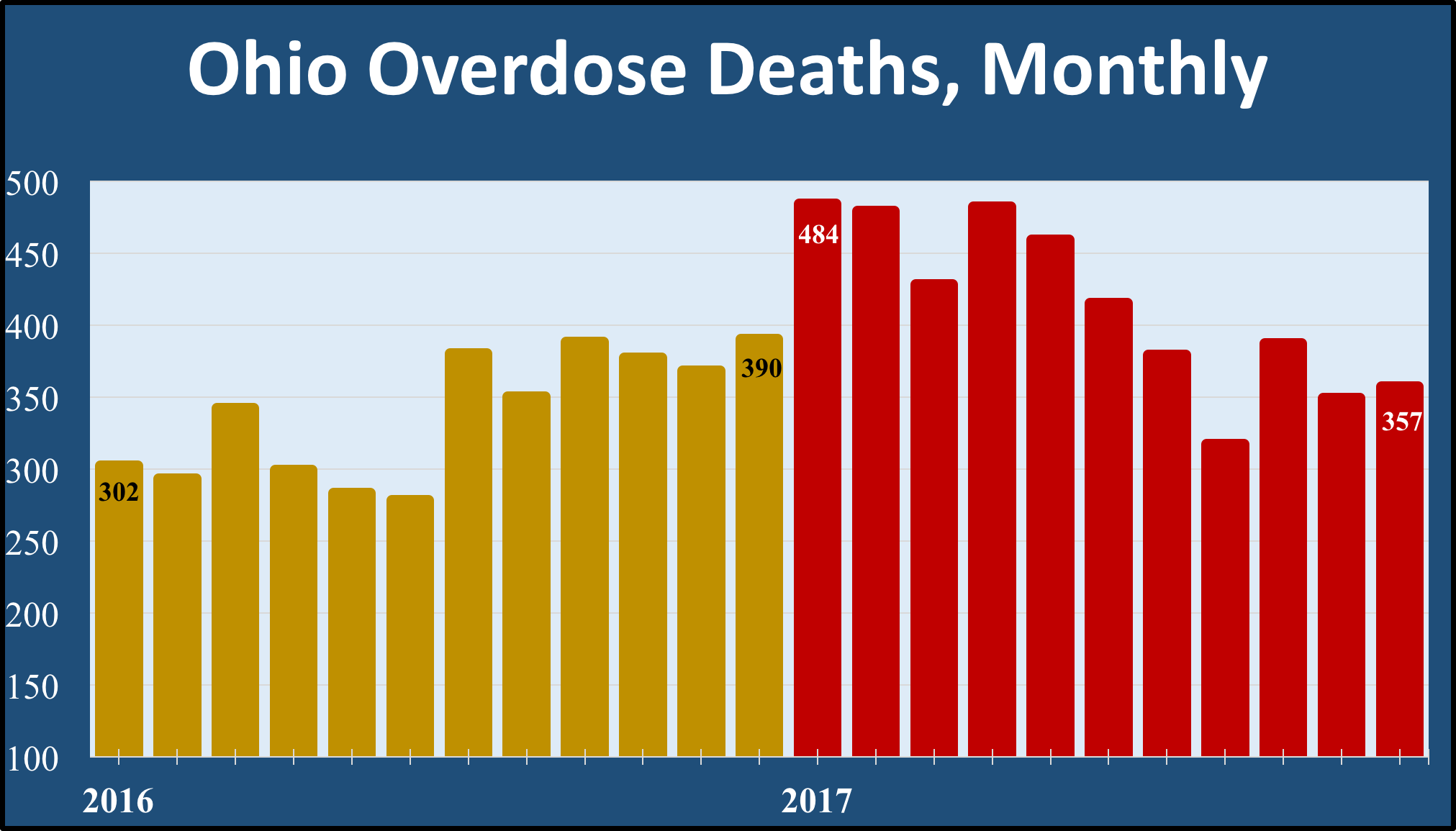 The death toll is here. Ohio has finished counting its dead from drug overdoses in 2017.  The results are horrific, with a glimmer of hope at the end.

Harm Reduction Ohio reported on July 31 that a record 4,854 Ohio residents died from drug overdoses in 2017, a 19.9% increase from 2016.  Death was driven by the emergence of carfentanil in Ohio’s illegal drug supply. Ohio drug users are dying from a contaminated  and unknowable illegal drug supply, not increase in drug use.

The Ohio Department of Health will release its official analysis of 2017 overdose deaths later this month. Since the data is already available on the department’s public mortality database, Harm Reduction Ohio analyzed overdose death itself to provide a deeper understanding of the ever-changing patterns in our public health catastrophe.

Today, we look at what happened locally — in each of Ohio’s 88 counties.

Harm Reduction Ohio will report later on other changes in overdose death in Ohio. Using preliminary data, we’ve reported on most important trends. African Americans are dying in record numbers, reshaping an epidemic that had skewed toward (poor) white Ohioans. Also, cocaine and meth users are now bearing an equal or great brunt of death than heroin users, making Ohio’s narrow focus on heroin users an outdated and disconnected way to think about the overdose epidemic.

But, today, think about your hometown.

The number of overdose deaths and death rates (not age-adjusted) for every county can be found here or by clicking on the chart.

The above death rates are unadjusted. The state also provides more sophisticated age-adjusted death rates for Ohio’s bigger counties. Here are those rates.

And for those who want all the data in downloadable form.