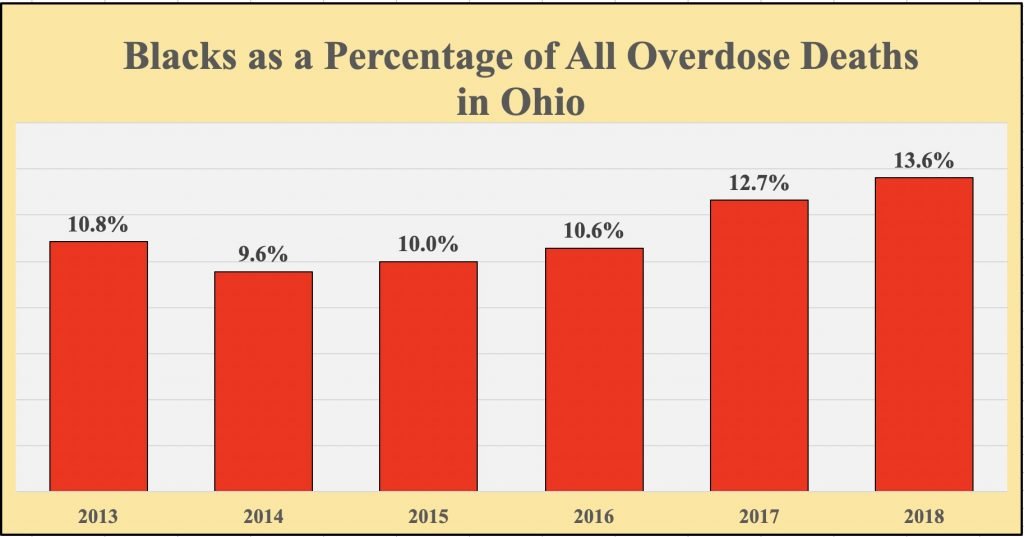 Overdose death in Ohio is no longer a mostly white thing.

Blacks accounted for 13.6% of overdose deaths in 2018, up from 9.6% in 2014 when fentanyl started killing large numbers of Ohio residents, a Harm Reduction Ohio analysis of preliminary 2018 mortality data found. 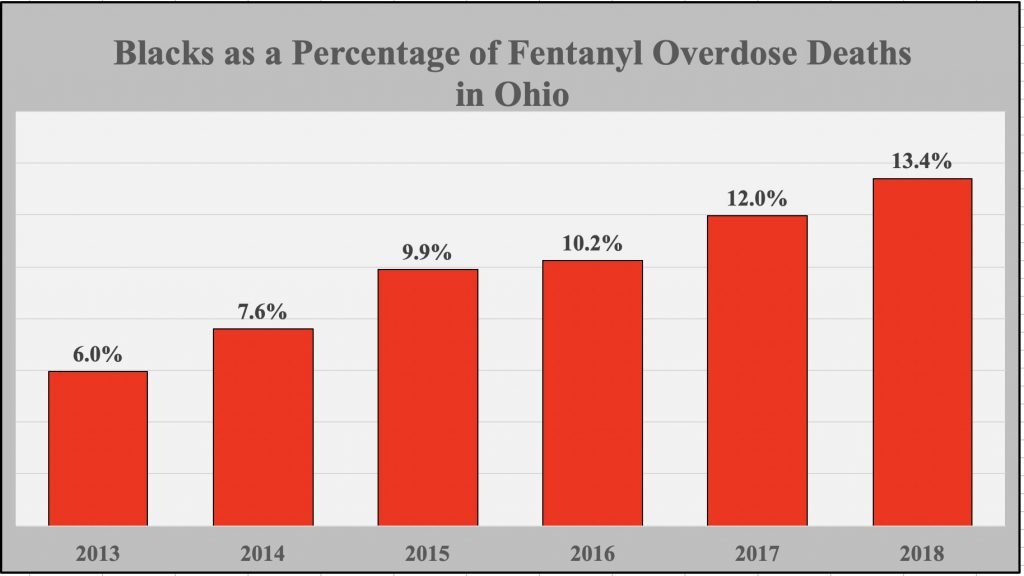 The level of overdose death suffered by the blacks community last year is only slightly lower than the group’s 13.9% share of Ohio’s population and the highest level in many years. (Population figures are from the Centers for Disease Control, whose estimates differ and slightly from Census Bureau numbers.)

Whites still account for most overdoses in Ohio, a reflection of their greater share of the population. So far in the preliminary data, 2,828 whites have recorded as overdose deaths in 2018 vs. 452 blacks. What’s different now is that the overdose death rates of whites and blacks is now nearly identical.

What’s driving the increase in black overdose deaths? The biggest reason is fentanyl contamination of the cocaine supply. 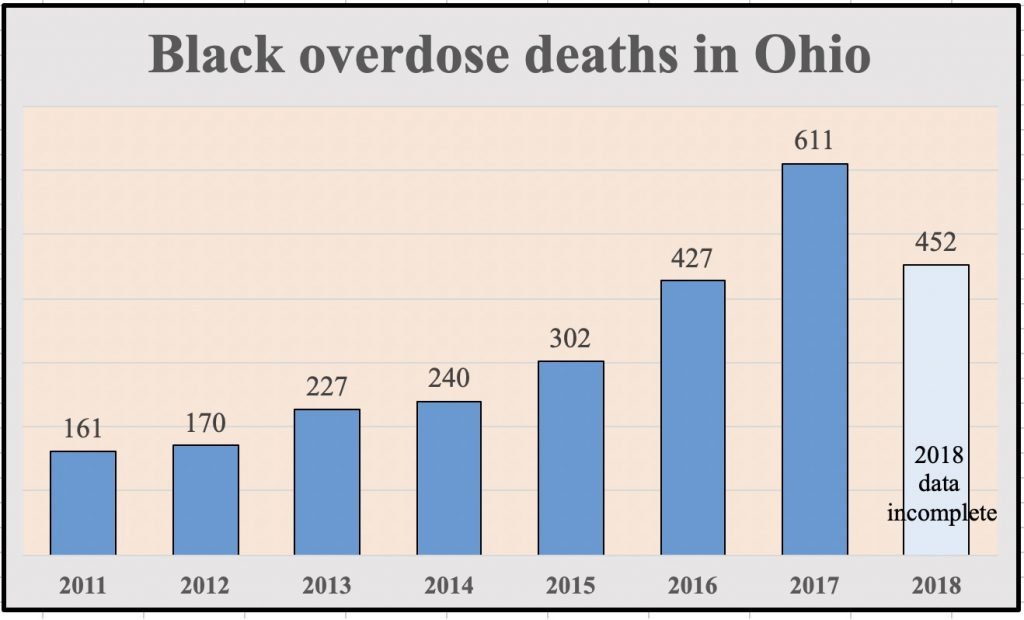 Fentanyl in the cocaine supply

The change in the racial composition of overdose death in Ohio has essentially followed the change in the chemical composition of Ohio’s illegal drug supply. In 2016, fentanyl began appearing in Ohio’s cocaine supply. In 2017, the share of cocaine contaminated by fentanyl (and often carfentanil) soared to a record level, peaking in the spring of 2017, according to our analysis lab tests done on 30,000+ drugs tested every year at the Ohio Bureau of Criminal Investigations four crime labs.

The crime lab data found that 13.7% of cocaine seized by law enforcement in March and April of 2017 had fentanyl in it. That was an increase from none in 2013. Even more devastating to cocaine users, a large share of cocaine contained carfentanil, an ultra-potent (and ultra-deadly) fentanyl analog. In May 2017, an amazing 8.3% of the 602 cocaine samples tested at state crime labs contained carfentanil. 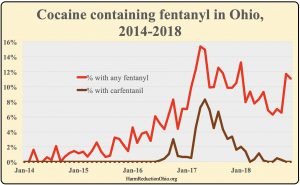 The cross-contamination of all illegal drugs (except marijuana) has driven the death toll higher for all races, creeds, ethnic groups, genders and economic classes. But blacks have paid a proportionately greater toll because of cocaine contamination.

Save a White Drug Addict. Jail a Black One.

In many ways, the current overdose epidemic has been defined by a racial divide. Many blacks challenge the way the media and government responded to  opioid overdose deaths with a (relatively speaking) compassionate public health approach.  Many blacks reasonably ask: Where was that compassion when black communities were dealing with crack cocaine in the 1980s? 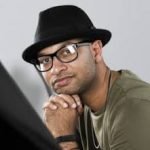 Panama Jackson, who writes for The Root’s popular Very Smart Brothas blog, summed up the view pithily: “This is America: Save a White Drug Addict, Jail a Black One.”

Other thoughtful articles have explored the racial dynamic of the country’s response to heroin vs. crack cocaine. In The Witness, a publication for black Christians, CJ Quartlbaum wrote an article titled: “What the Crack Epidemic and Opioid Crisis Tells Us About Race in America.” 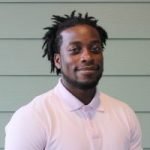 “Why the Difference?” Quartlbaum’s asked. “Like almost everything else in this country, the answer comes down to color. Even now, as the rate of African-Americans dying from opioid use increases, they are excluded from the narrative. If you watch the news, you would think this is exclusively a rural white problem.”

What do you think? Has our government and society’s response to overdoses in recent years been more compassionate because, until now, mostly whites have died? To me, the answer is obvious yes.