One-fourth of state suffers most 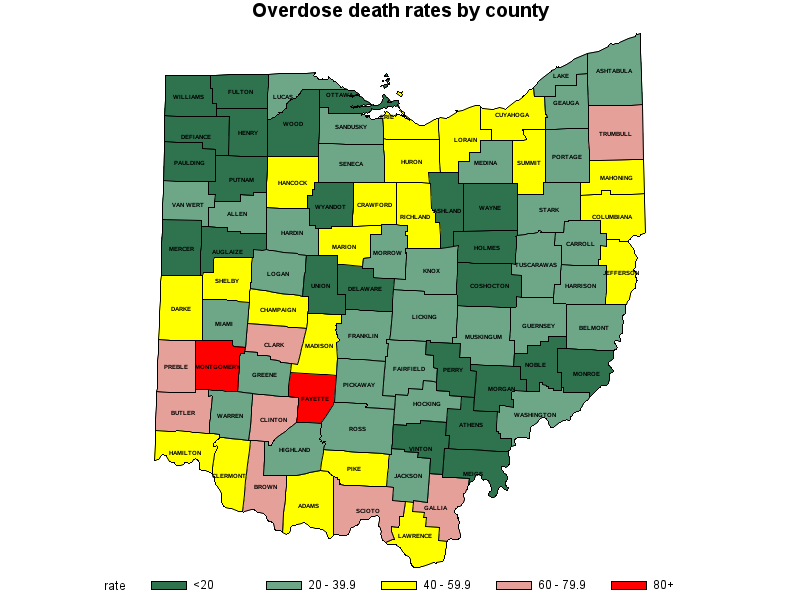 Ohio is a big, complicated state. It’s sometimes hard to get a sense of where the drug overdose epidemic has hit hardest.

Robert B. Hood, a talented student getting a PhD in epidemiology at the Ohio State University, kindly mapped overdose death rates by Ohio counties in 2017. The results are informative.

The counties in the lighter shade of red suffered greatly, too. Ohio’s pattern of overdose death can be seen more clearly when the counties are ranked — from 1 to 88 — by their overdose deaths rates. 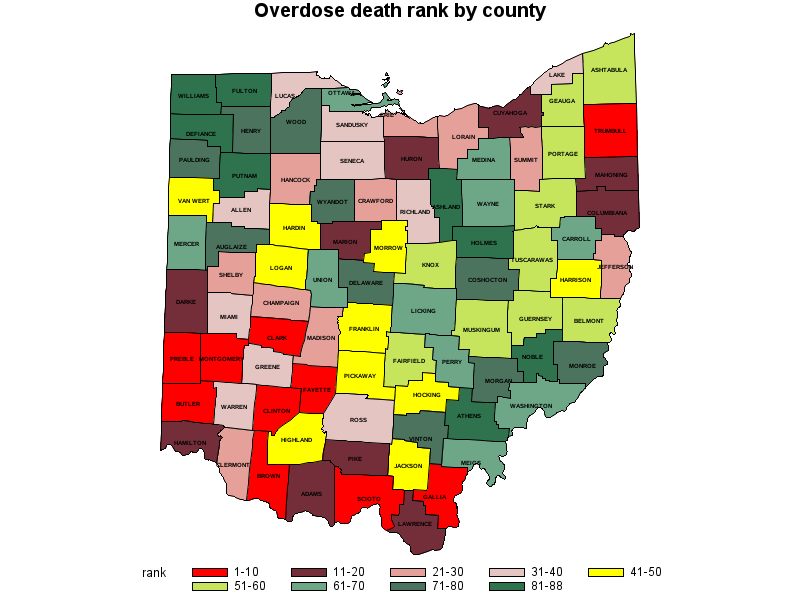 What’s clear is that southern one-fourth of Ohio has been hit hardest, from rural Gallia county in the east to Butler and Preble counties on the western border with Indiana. Trumbull County (populaton: 210,000, county seat: Warren) is the only county in the top ten that is not in the southern/western quarter of Ohio.

Holmes County, in Amish country, had the lowest overdose death rate — a ratio of 4.6 deaths per 100,000, or barely one-tenth of the state average.

In Ohio, the overdose epidemic is wide. For the first time, in 2017, every county suffered at least one overdose death.

But overdose death doesn’t run deep  in certain parts of the state — in rural northwest Ohio, for example. But, oddly, the rural vs. urban divide, usually a signature difference in trends, is not an overwhelming factor in the overdose epidemic. Rural counties and small towns in Ohio’s southern quarter have been devastated by fentanyl- and carfentanil-laced drugs, first heroin and now mostly cocaine and meth.

In this epidemic, geography (and social class) has been destiny. So far.

(Rates are unadjusted for age or other factors.)