Associated Press story on ODs from fentanyl-laced cocaine and meth

CINCINNATI — New surges in use of methamphetamine and cocaine mixed with a powerful synthetic opioid are contributing to rising drug overdose death tolls in already hard-hit Ohio.

As county coroners have begun releasing their 2017 tallies, a trend has emerged of more deaths involving meth or cocaine mixed with fentanyl, the painkiller blamed for increasing U.S. fatalities in recent years as authorities focused on reducing heroin overdoses.

The story is much needed, even though the trend is not as new as the reporter thinks.

Since then, Harm Reduction Ohio has been working to find out how much cocaine and meth is contaminated. (Stories can be found here, here, and here.) And, most importantly, what users can do to reduce their risk of overdose death. Meth and cocaine users should be encouraged to check their drugs for fentanyl before use, for example.

With Sewell and other journalists starting to cover what’s happening — The New York Times picked up Sewell’s story, for example — it’s possible Ohio Gov. John Kasich and the Ohio Department of Health will be forced to be more forthcoming about the drug overdose epidemic in Ohio.

So far, the state has successfully steered reporters and much of the public into believing that opioid addicts, especially heroin users, are to blame for the overdose epidemic — a classic blame the victim approach.

But facts are increasingly undermining this false claim, a stigma-driven effort to attach responsibility for overdose deaths — more than 4,500 in 2017 — to a small group of drug users.

In its first concession to reality, the Ohio Department pf Health issued a health advisory to county health officials on February 21 on the soaring number meth and cocaine deaths connected to fentanyl, but the Kasich administration severely limited its distribution. It has steadfastly refused to make the information available on the internet or Facebook so it can be widely disseminated and shared by the public.

Drug users and those who love them are in desperate need of this information to understand and reduce overdose risk in an extremely vulnerable population. The state’s efforts to keep the information under wraps borders on public health malpractice. See Harm Reduction Ohio’s letter, “Health department keeps lid on ODs,” in the Columbus Dispatch.) The health department has refused to explain its silence in the face of so many deaths.

In the news business, reporters usually take their lead from government officials, but sometimes it works the other way around. Perhaps this time, journalistic attention to the large and growing number of deaths from fentanyl-laced cocaine and fentanyl-laced meth will prompt Ohio public health officials to do their job: Inform the public of health danger that can kill them.

Ohio leaders have been notoriously silent on the sharp increase in cocaine and meth deaths involving fentanyl or a fentanyl analog. Ohio’s overdose policy is based on the false belief that the state’s overdose epidemic is simply a function of opioid use, especially heroin use. In fact, the state has been suffered a broadly contaminated illegal drug supply for several years, at least since 2015, and that’s killing all kinds of drug users, including heroin users. 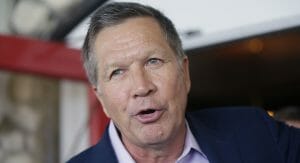 Gov. John Kasich: Silent on the surge in deaths from fentanyl in cocaine and meth. 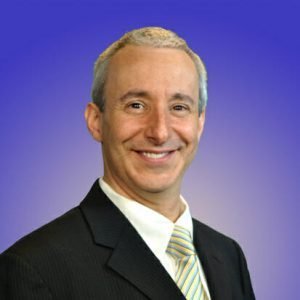 Clint Koenig, M.D., medical director of Ohio Department of Health: Silent on surge in deaths from fentanyl in cocaine and meth.