Are overdose deaths falling in Ohio?

Reason has nothing to do with addiction. 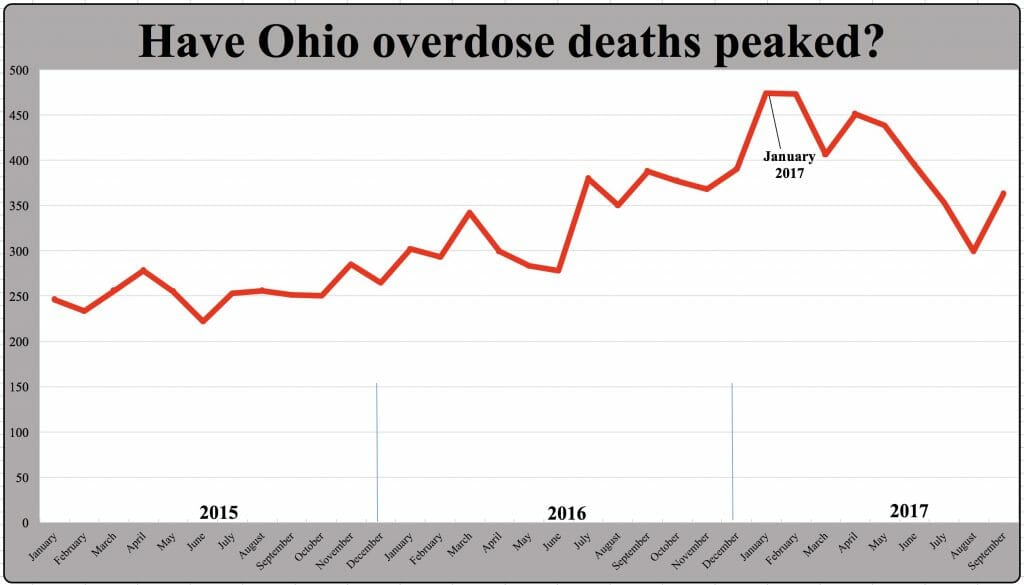 Drug overdose deaths in Ohio have fallen sharply in the last year, although the numbers are still disturbingly high and well above historical levels.

Preliminary Ohio Department of Health data show that drug overdose deaths peaked at 474 in January 2017 and have fallen considerably since then, by 100 or more deaths per month.

The decline appears to have grown more pronounced in the final three months of 2017, although numbers from October, November and December are not yet complete enough to say for sure.

Drug overdose deaths could start soaring again. Illegal drug markets are unpredictable, But, in retrospect, a deadly surge in Ohio appears to have lasted from July 2016 to June 2017. It was a distinct event with distinct causes.

Precise analysis of what caused the “death wave” is not available because the government doesn’t release release the data that matters: changes in the chemical composition of the illegal drug supply. But what data that is available points the “death wave” being related to:

Drug suppliers were responding to the incentives of drug prohibition: (1) use drugs that are more compact (i.e., more potent by weight) and can be hidden ore easily, and (2) use fentanyl variants that have not yet been banned.

Carfentanil, a large-animal tranquilizer that is easy to hide but is potent in such small doses it can never be processed safely into illegal drugs, played an important role in the death wave, especially in killing cocaine users.

To avoid drug prohibition laws, black-market chemists also turned to fentanyl variants not yet outlawed and about which almost nothing is known about the effects on humans or even lab rats.

Cyclopropyl fentanyl, for example, appeared in Ohio in late 2017, especially in meth, causing many overdose deaths. Essentially nothing is known about the safety of cyclopropyl fentanyl. It was banned in the United States in January 2018. The Drug Enforcement Administration tightly controls research on Schedule 1 drugs, so state-enforced scientific ignorance is imposed on fentanyl analogs consumed by thousands of Ohioans.

Overdose death rates still vary widely in Ohio because the state is really comprised of five, ten or 20 micro-drug markets, not just one statewide operation.

Deaths have fallen sharply in the Dayton and Akron areas, for example, whereas in the Cleveland area, the decline has been modest. In the Cincinnati area, overdose deaths hit their highest level on record in September.

A dangerous drug combination may kill many in Dayton for several months but none in Toledo — and then vice versa.

Paying attention to what kills

Nothing Ohio or local governments have done appears to be directly related to the 12-month increase in overdose deaths or the decrease that followed. The only significant policy change likely to have played a role happened overseas. In March, the Chinese government restricted manufacture of several common fentanyl analogs, including carfentanil, used in the illegal drug supply. 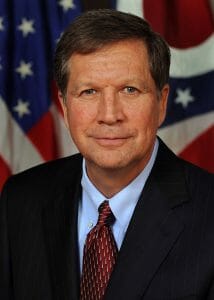 Federal, state and local governments pay little attention to the chemical composition of the illegal drug supply, a tragic oversight and inexcusable ignorance, because that is what is killing people.

Ohio, in particular, is pursuing a moral approach to drug overdose deaths. It has identified opioid addiction as the singular cause of an “opioid epidemic.” The state’s moral and political blinders have caused it to de-emphasize, cover-up or miss entirely what the state’s own data show: cocaine and meth users are dying in large numbers from adulterated drugs.

Ohio is “staying the course” in a six-year-old campaign to blame opioid users, especially heroin users, for the drug overdose epidemic. Real science points to a truth that’s harder to swallow: increases and decreases in overdose deaths are largely tied to fluctuations in the chemical composition of the illegal drug supply.

Drug purity and impurity is the primary cause of the drug overdose epidemic, including the 12-month “death wave” in Ohio.

Drug users don’t want to die. Drug sellers don’t want to kill them. The drug war — and drug prohibition, specifically — makes the chemical make-up of the illegal drug supply (consumed by 1.8 million Ohioans annually, according to the federal drug use survey) a crapshoot, and some will die — about 4,700 in 2017 — because moral crusades have consequences.

When you ask the wrong questions, you get the wrong answers.