Are overdose deaths increasing during COVID-19?

Increase in using alone during social isolation is possible cause

However, in Summit County, which includes Akron, overdose deaths have held steady since the first of the year — a little more than 40 so far, reports Gary Guenther, chief investigator in the county’s medical examiner’s office.

What effect is COVID-19 having on drug use and overdose death in Ohio?

The evidence is not in but some signs point to overdose death increasing even as drug use declines. How is that possible? 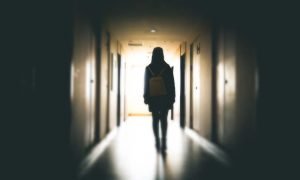 We talked to a friend who overdosed twice in Columbus last Tuesday. “People are using alone,” she said.

That means when a person overdoses, there is no one there to give Narcan to reverse the overdose or to call 911 for an emergency responder who will have naloxone. Many people don’t realize that lay persons at the scene of an overdose — friends, family, other users, etc. — are more likely to save a life an reverse an overdose than traditional first responders. When a person is alone when an overdose occurs, there is nobody there to administer naloxone (the generic name for Narcan) or to call 911.

Michael Dohn, medical director of the Dayton-Montgomery County Public Health Department, notes another interesting phenomenon: overdose deaths are up but total overdoses are not. In other words, a greater share of people who overdose are dying.

This supports the theory that the social isolation policy is increasing the number of people who use alone and nobody is on the scene to administer naloxone or call 911. 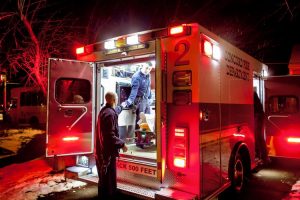 Our friend was revived by her live-in boyfriend, who grew worried when her hair dryer stayed on for 20 minutes after she got out of the shower. He administered Narcan and called 911, which resulted in a three-hour visit to the emergency room. (Our friend reports that all the emergency responders and hospital staff treated her kindly and without stigma.)

When she got home, she found a cotton ball that she’d used to strain the “heroin” (fentanyl) that had caused the original overdose and used the residue from the cotton ball to inject one final small dose. Except it wasn’t a small dose. It caused her to overdose again. She was revived by Narcan a second time. 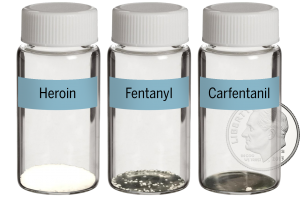 This leads to our friend’s second theory, which also sounds accurate: “Drugs are far more powerful than usual at the moment. There’s no way in the past that residue from a cotton ball would have caused me to overdose.”

She believes that demand is way down “because nobody has any money. Few people are working, so there’s no demand for recreational or part-time use. The only people buying are people who really, really want it.”

Because demand is low, the opioid mixture is getting cut or diluted less, so it’s stronger than normal. Dealers in Columbus still have drugs to sell, she thinks, but there are fewer buyers. She notes that she paid the usual price for heroin; it was just much stronger than before.

Another factor could be that she’d avoided heroin for most of the last few months, so her opioid tolerance was down somewhat.

What is actually happening with overdose deaths in 2020 and, in particular, during the COVID-19 period, can’t be known for sure until statewide mortality and drug seizure data are in. But a dozen overdose deaths in two days in Columbus is scary. That’s a lot of death, even for Ohio.

In Montgomery County, Dr. Dohn says the county has worked extra hard to get Narcan into the at-risk population during COVID-19. The local syringe program is giving people two Narcans instead of the usual one, and the county is referring some people to Harm Reduction Ohio’s online naloxone ordering service. This is wise because most Narcan distribution requires interpersonal contact and training, not something that is ideal during a pandemic and a time of social isolation.

What to do during COVID-19? 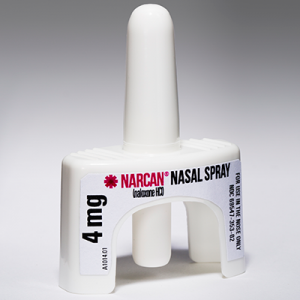 In short, COVID-19 appears to be a time of great risk for people who use drugs. It appears that risk is up, even if use is down. Anecdotal evidence points to drugs being more dangerous and each dose more unpredictable.

Further, when social contact is reduced and stress is increased, people will use alone more often and social groups less. Thus, the basic harm reduction tenant of “never use alone” is harder to follow.

One COVID-19 suggestion: Call a friend before you use — and, friends and family, be less judgmental during this difficult time so a person who uses feels comfortable taking this digital safety precaution.

Ohio has made great strides in naloxone distribution in the last year. Let’s not lose these gains to COVID-19. It’s time to be very, very careful out there. 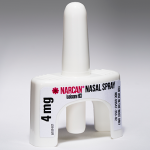