Bill Ebben: Do NOT prosecute the drug dealer who sold my son the drugs that killed him

Wisdom from a lawyer and bereaved father 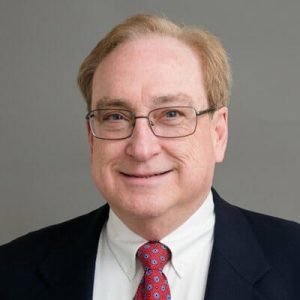 Bill Ebben’s son Tim died of a fentanyl overdose on February 10, 2017. Since then, Bill has thought long and hard about why his son died. To be blunt, he thinks his son was killed by the War on Drugs, not some drug dealer.

Bill is a lawyer, businessman and former special education teacher who lives in West Chester, near Cincinnati. He started a web site after his son’s death: endthewarondrugs.org.

Last week, we asked Bill one of the hardest, most personal questions you can ask a parent who’s lost a child to drug overdose: Should the dealer who sold the drugs that killed your son be prosecuted for murder?

Here”s what Bill wrote back:

Let me put this delicately. These laws are stupid.

When Tim died, I got his smartphone. I’m sure that the phone number of his dealer was among the last three or four calls he made. I did not turn that information over to the police and I don’t blame the drug dealer.

It’s the laws we already have, the War on Drugs, that killed Tim and 175 Americans every day. The laws of the War on Drugs created the black market for drugs. There would be no dealers if drugs could be purchased legally (and safely).

I hear talk all the time about these drug dealers who are just trying to kill as many people as they can. That is profoundly stupid. A drug dealer is a businessman. Any good businessman will tell you that it’s much cheaper to keep a regular customer than to get new ones. This is especially true in the black market drug trade because a dealer’s most exposed behavior is when trying to develop new customers.

“I did not turn information over to the police and I don’t blame the drug dealer.”

Most drug dealers are in that business because they are addicts and the War on Drugs precludes them getting a job that pays enough to support their family and their habit.

The drug dealers would love to have the ability to send a sample of their latest batch for laboratory analysis. They want to keep their loyal customer base happy. I know that drug dealers often warn their customers if they have reason to believe their current product is unusually potent but, with the advent of fentanyl and carfentanyl, it’s nearly impossible to be cautious enough. 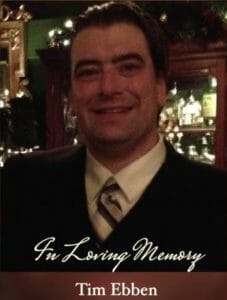 Tim Ebben, photo from campaign video made for Bill Ebben’s run for Congress.

Drug-Induced homicide laws are just more of the same flawed thinking that leads people to think that punishment is the best way to deal with a medical and social problem. If punishment is the goal, then the War on Drugs and drug-induced homicide laws are the way to go. But look around at how we live. Ask yourself if we are getting enough benefit from punishing Americans with a medical problem to justify living with high rates of property crime, costly incarceration, costly adjudication, collapsing neighborhoods and destroyed families.

Because of a car accident 15 years ago, I take a stimulant every morning to make my brain functionally awake. I take it again at night so my brain can go through the normal process of sleep that everyone else takes for granted.

I need these drugs to function. I am not an addict. I’ve never had an addiction in my life. I don’t drink alcohol. I don’t smoke. But because of the War on Drugs, I endure severe hassles every month picking up these prescriptions at the pharmacy.

This is the same War on Drugs that killed my son. Tim was a musician, an avid backpacker, a Cisco Certified Network Engineer earning more than $90,000 a year and – most importantly – a wonderful human being. In his thirties, he had knee surgery and got addicted to opioids. He got pushed into the black market for opioids, a place where even a smart person has no idea what he’s getting and that’s what killed him.

“I would rather have a son who is dealing with an addiction for the rest of his life than a dead son.”

Blame the dealer? Ridiculous. If one dealer didn’t have what Tim wanted, he would have gone to a second, third or fourth. If Starbucks is closed, you go to another coffee shop; you don’t stop drinking coffee!

It’s the War on Drugs that is the problem. Legalizing all drugs is not a magic wand. There will still be addicts. But we don’t have to live this way!

I would rather have a son who is dealing with an addiction for the rest of his life than a dead son. I miss my son. The War on Drugs killed him, not some random drug dealer.

Sorry for the rant. I could go on for hours. 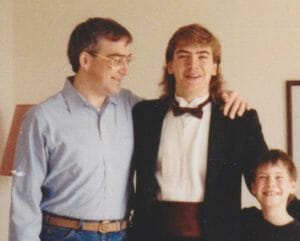 Bill, as a young dad, with sons Tim (center) and Dan.