Blacks residents accounted for 20% of opioid overdose deaths in Ohio. That’s a record share of our state’s opioid-related deaths and huge increase from just a few years ago.

Black residents account for 14% of Ohio’s population, according to the Census Bureau. In 2014, Black Ohioans made up less than 8% of people who died from opioid overdoses.

The changing shows how quickly and dramatically racial demographics of overdose death have changed. 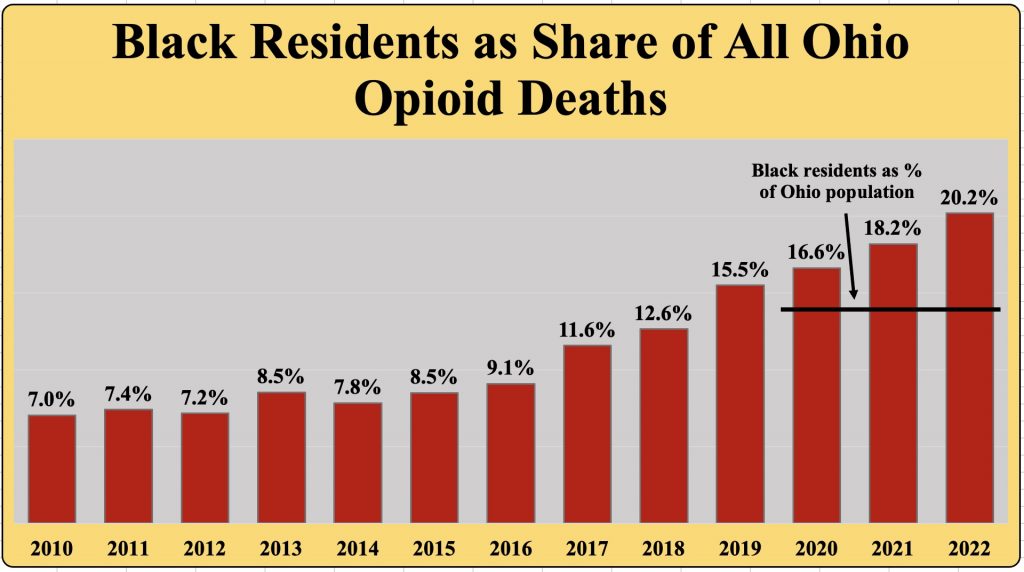 Put another way, the opioid overdose death rate for Black Ohioans in 2014 was 57% lower than the death rate for White Ohioans. The difference was so stark that Comedian Dave Chappelle, who lives near Dayton, made the racial gap the subject of an insightful comedy routine.

The astounding reversal in the racial gap of overdose is driven largely by the expansion of fentanyl from heroin into other drugs, especially powder and crack cocaine.

This chart shows the stunning change in Ohio’s opioid overdose “racial gap” — that is, the difference between Black opioid death rates and White opioid death rates. What Dave Chappelle defined as a largely White problem just four years ago is the opposite of that today. 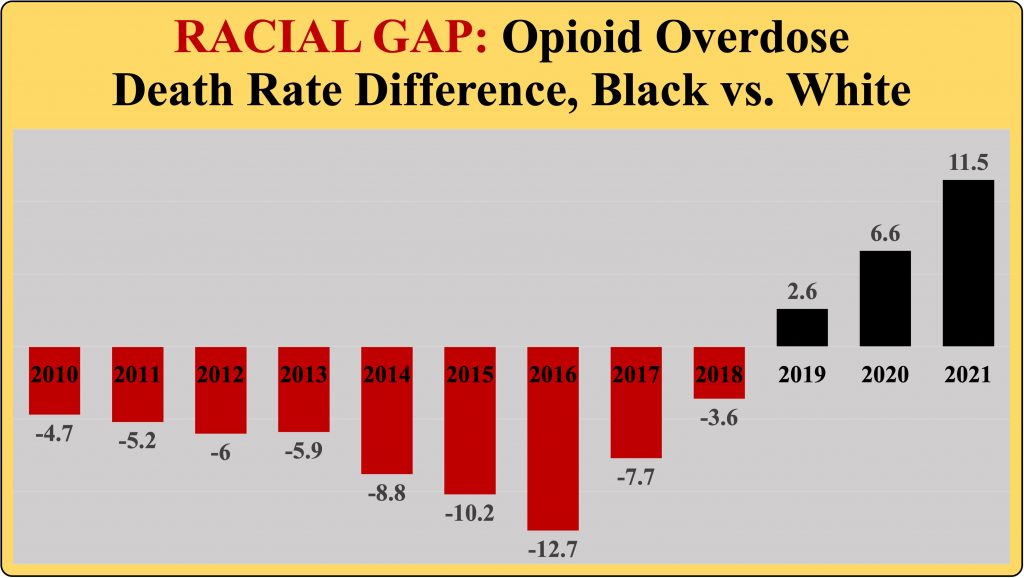