Can police officers overdose from accidentally breathing or touching fentanyl? 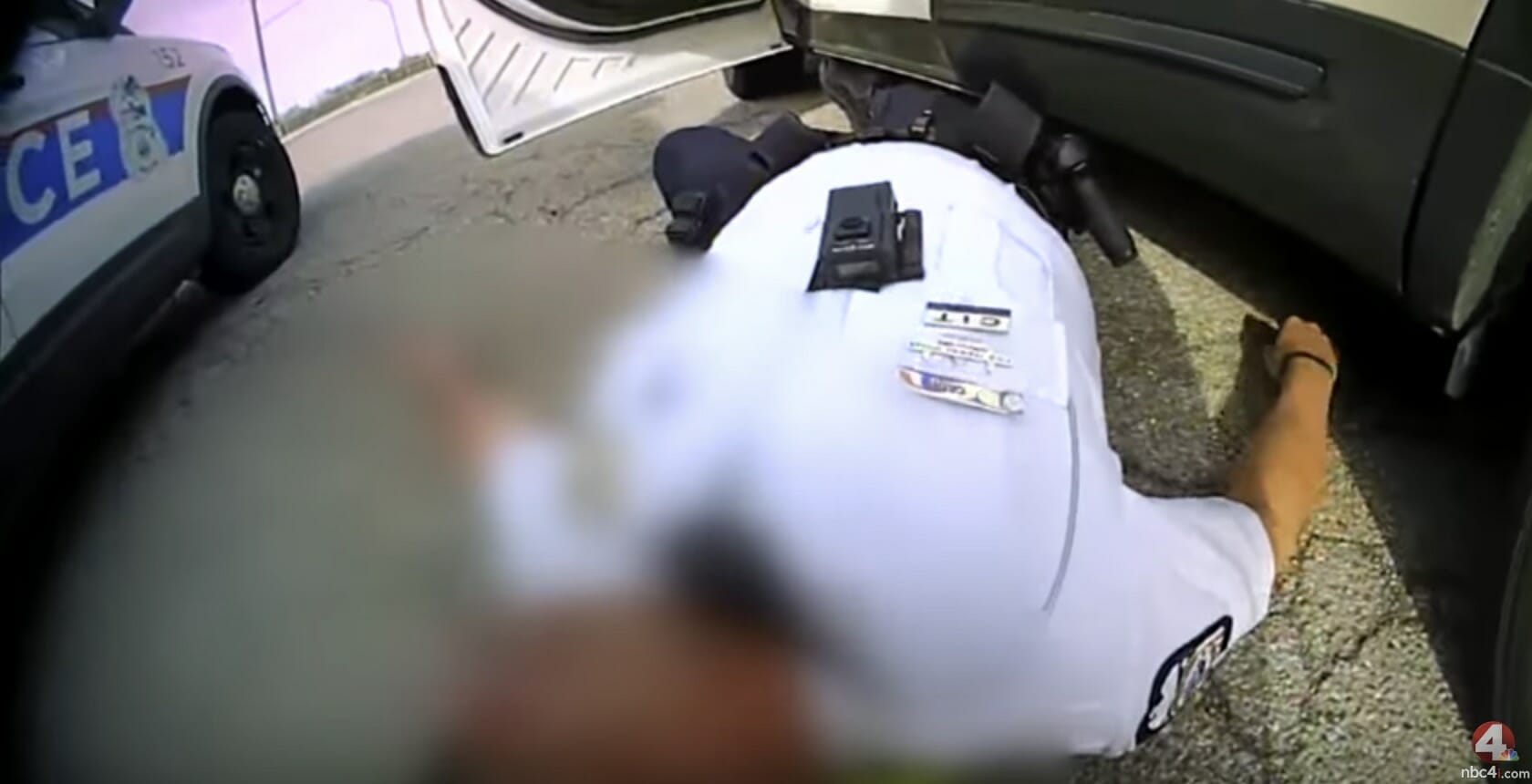 Did you believe this drug war myth?

On April 8th, a Columbus police officer suffered an apparent overdose from accidental exposure to fentanyl. His colleagues administered Narcan. He recovered and returned to work the next day.

Turns out, the confiscated drug didn’t contain any fentanyl or any opioid. It was meth, just as the woman getting arrested told the police. In fact, Narcan, an opioid-blocking drug, had no effect on the officer, who was not suffering an opioid overdose.

To its credit, in a Tweet called “Facts Matter,” the Columbus police department reported that lab tests showed that the drug was meth, and that Narcan had not played a role in the officer’s recovery. But not all television stations reported that the dramatic footage shown earlier hadn’t been, as originally portrayed, the revival of a police officer who’d overdosed from incidental contact with  fentanyl.

In many ways, Ohio is the epicenter for fictional reports of law enforcement being overcome by accidentally touching or breathing fentanyl. This myth has had consequences for both drug users and law enforcement. Police officers are suffering an irrational fear of overdose. For drug users, the myth has caused unjustified prosecutions and imprisonment for supposedly putting others, especially cops, in danger.

In Ohio, people who use drugs are being charged with felonious “assault on peace officers” for exposing police to the imaginary danger posed by accidentally touching or breathing fentanyl.

In a Trumbull County trailer park (north of Youngstown), Martin Higinbotham (photo) was charged with assault on a police officer after he kicked drugs into the air when revived from an overdose. Harm Reduction Ohio published a letter in his defense in the Youngstown Vindicator: “The charges should be dismissed because the deputies were not threatened or in danger from fentanyl in the air.” 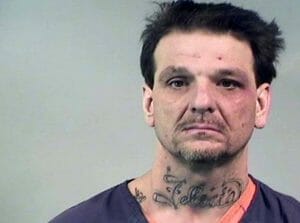 In East Liverpool, an Ohio River town near our state’s Pennsylvania-West Virginia border, a 25-year-old man got six years in prison for assaulting a police officer (and other drug charges) because a drug powder got on the shirt of a police officer.

A survey of police officers found 90% were worried about exposure to fentanyl.

Common sense should tell you that secondary exposure to fentanyl doesn’t cause overdoses. After all, hundreds of thousands of illegal drug users and dealers are exposed to fentanyl this way and they never suffer overdoses — or even get high — from skin contact or breathing a whiff of dust.

An underdose of science

The scientific reason should be obvious: “When (fentanyl-laced drugs) are used improperly, they can ruin lives and kill. And when touched by human hands in powder or liquid form, nothing happens,” wrote two emergency room physicians at Harvard Medical School in a The New York Times article on the “unfounded hysteria” that surrounds synthetic opioids.

This article and others have noted that scientific associations have issued reports challenging the likelihood of an overdose from secondary exposure. In a position paper, the American College of Medical Toxicology wrote: “(T)he risk of clinically significant exposure to emergency responders is extremely low. To date, we have not seen reports of emergency responders developing signs or symptoms consistent with opioid toxicity from incidental contact with opioids.”

A dog fell out of a tree

In other words, not a single documented overdose from incidental contact with fentanyl has ever been confirmed or withstood scrutiny.

Not that it could never occur. It’s a big world, weird stuff happens. In 1988, a dog fell out of a 13th story window and killed a woman on the sidewalk.Then, a bus hit and killed a surprised onlooker. And a 75-year-man at the scene died of a heart attack! (See Reuters story.) 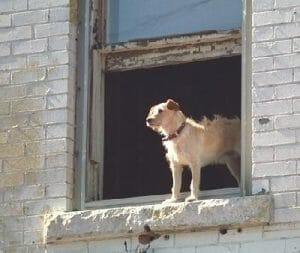 Never say never. Yet another canine-related death — and a reason why most American skyscrapers don’t have 13th floors. It’s a simple matter of safety.

All of which is a long way to say…good myths don’t die easily. And this week, the Harm Reduction Coalition, based in New York City, released an excellent report debunking the overdose-from-secondary-exposure myth.

The HRC report was written by two of the most knowledgeable people on the effects of opioids: Savannah O’Neill and Eliza Wheeler. 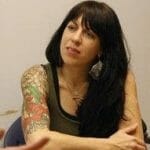 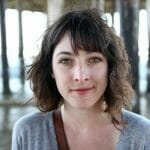 They report: “Opioid toxicity (i.e., “overdose” or respiratory depression) from transdermal and airborne exposure to Illicitly Manufactured Fentanyl is a near scientific impossibility.”
Their most important point:

As two people who spend our lives focused on preventing overdose and increasing access to naloxone in our communities, we are concerned and frustrated by the perpetuating of this stigmatizing, inaccurate story. People with lived experience with drug use and allies who work in Harm Reduction, public health, and substance-use treatment programs have much work to do with limited resources. Unfortunately, an incredible amount of our time and energy is spent refuting inaccurate and fear-based messaging, taking away from the life-saving work that needs to be done.

I’ll put it another way: Treating police and elected officials as “technical experts” on the science of drugs is foolish because they have a strong bias and a narrow range of objective experience. Making it worse, they’re talking to a general audience (the public) that has little first-hand knowledge of what’s being talked about, so critical skills and fact-checking are largely absent.

Drug users, on the other hand, know (too well?) the effects of drugs, including how and when overdose deaths occur. It’s hard to bullshit a veteran drug user about what kills people. Opioid users know what kills people. They’ve lost many friends, often watching fatal overdoses from start to finish.

Online drug user forums and Facebook feeds are full of ridicule of this silly craze of police dropping everywhere from “overdoses” caused by touching or whiffing a drug mixture. One drug user joked to me, “I wish this was possible!”  The truth is, you need to snort, smoke or inject fentanyl to get high or overdose.

How many police are faking it? I suspect not many.

Hysteria is a real and sincere thing. From nineteenth-century fainting spells to speaking in tongues to mass hospitalization for “contaminated” Coca Cola…panics are always with us, driven by the fears and myths of the time. 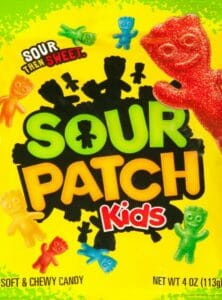 In March, Perry High School near Canton, Ohio, had a classic drug scare. A student brought Sour Patch Kids candy to school and shared. A rumor started that the candy was laced with something — maybe fentanyl!?

Police confiscated the substance. The Stark County Crime Lab tested it and it reported it was pure stuff — 100% Sour Patch Kids candy. (It starts sour, then turns sweet!)

A more serious truth needs to be confronted: some police officers use drugs, and some of those are dependent on opioids. A confiscated drug is valuable to a drug-using police officer as well as the drug-using person being arrested. It also carries the same risk of fentanyl or carfentanil adulteration found in all prohibited drugs.

The police chief of Kirkersville, Ohio, recently died of a fentanyl overdose. We do not ridicule him or consider him a hypocrite. We love him and wish he was still alive. Instead, he”s another overdose statistic and drug war victim.

We owe thanks to Savannah and Eliza who bring scientific knowledge and real-world experience to our understanding of how drugs function in the real world.

These two overdose prevention specialists are understandably frustrated at wasting time during an overdose epidemic dispelling obvious nonsense about police suffering supposed overdoses from casual contact with fentanyl. The need for myth-busting is especially regrettable because real people, civilian and otherwise, are dying of drug overdoses — not casual contact with fentanyl — by the tens of thousands in the United States.

Savannah and Eliza are the drug war’s real first responders. They spend their lives trying to prevent real deaths of real people from real fentanyl-laced drugs. Law enforcement authorities owe it to their own officers and society in general to get better informed about what kills, what doesn’t, and why. 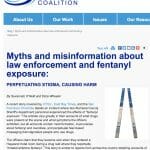 harmreduction.org-Myths and misinformation about law enforcement and fentanyl exposure