Cocaine in Ohio: Be afraid. Be very afraid.

15% of cocaine has fentanyl. 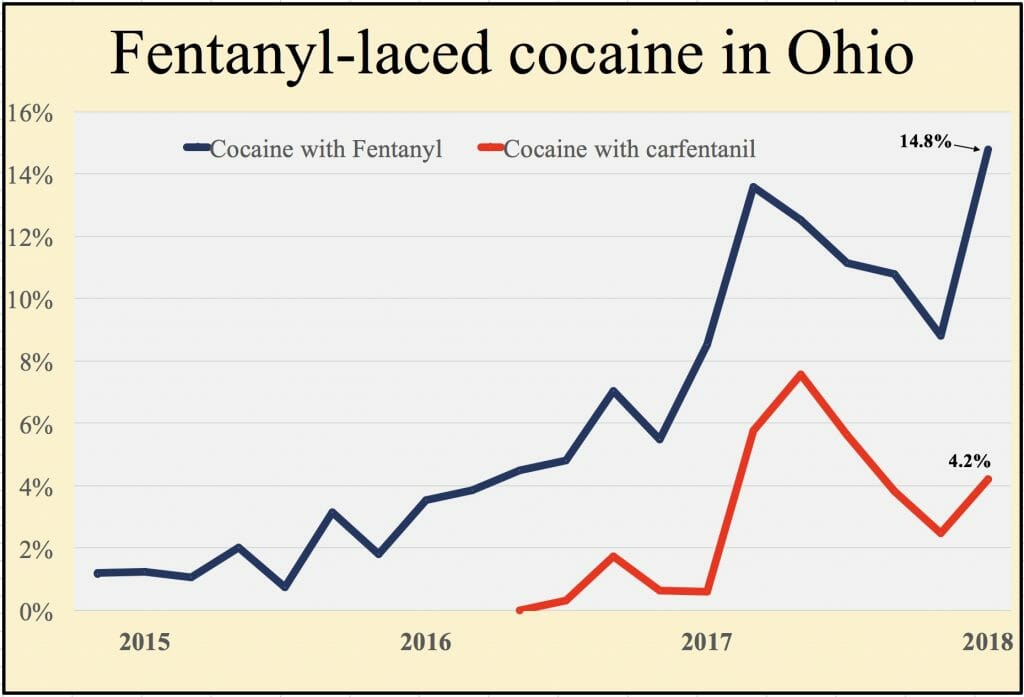 In the first quarter of 2018, 14.8% of the cocaine tested at the three state crime labs had fentanyl or a fentanyl analog in it. Carfentanil was laced into 4.2% of cocaine.

Bottom line: Cocaine is very dangerous in Ohio. That is true for both powder cocaine and crack cocaine.

Narcan needed where cocaine is used.

Harm Reduction Ohio has analyzed the results of more than 100,000 drug seizures tested at the state’s three crime labs from January 1, 2015 through March 30, 2018 to get these numbers. Cocaine was found in about 20,000 of the lab tests.

Fentanyl-laced cocaine was almost non-existent in 2015. It rose from 1% in 2015 to 5% in 2016 and 11% in 2017. In the first two months of 2018, it reached 14.8%. However, this high number could be a temporary blip because it’s based on a relatively small number of crime lab tests. The sample will increase as more recent data from the Bureau of Criminal Investigations labs comes in.

Ohio has failed to recognize that people who use opioids — heroin users, in particular — are not to blame for the overdose death epidemic. The danger of the drug supply — unrelated to the number of drug users — is driving deaths.

But urban African Americans are dying in enormous numbers, too, from fentanyl-laced cocaine, often smoked in crack form. In 2017, for the first time, the share of blacks who died of overdoses in Ohio matched the share of blacks in the state’s population. Reason for the change: fentanyl-cocaine overdoses.

The overdose death epidemic no longer skews to low-income whites. The state’s entire illegal drug supply — except marijuana — is contaminated. To reduce death, the state must focus on (a) what policies are causing drug supply contamination (and how can they be changed), and (b) how timely and accurate information on the chemical composition of drugs can be transmitted to the state’s 1.8 million illegal drug users.

What can we do? 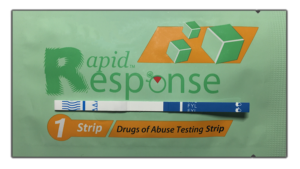 This epidemic is built on myths. One is that illegal drug use is uncommon. In fact, both legal and illegal drug use is ordinary. A second myth is that heroin and opioid use and users are what’s driving the deaths. This is false. Problematic opioid use is real and deserving of serious attention, but drug use should not cause death. Overdose death is a problem of mis-dosing, i.e., getting the drug and the amount wrong. We have a knowledge problem, a problem of missing labels on potentially dangerous and deadly consumer products.

Knowledge is power. Only one thing can prevent overdose deaths: letting our fellow human beings know what the heck is in their cocaine, meth, heroin, pill or powder.