Columbus Public Health issued a warning to drug users to beware of cocaine-fentanyl mixes, a deadly combination that killed more Ohioans in 2017 than heroin-fentanyl.

The city’s health department reported that cocaine and fentanyl had been found in the blood of 88 overdose victims during autopsies. That’s more than double the 41 deaths recorded with fentanyl in 2016, the department said.

“Fentanyl can be mixed with any street drug and the user may not even know it is in there,” said Health Commissioner Dr. Mysheika W. Roberts. 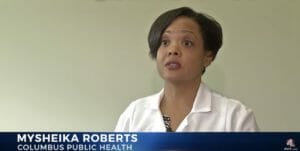 Other governments have issued cocaine-fentanyl warnings: New York City in November, Miami in December, Montreal last week. However, until Columbus, no Ohio government had publicly warned the drug users and the public about the dramatic new threat. The Ohio Department of Health says it’s studying whether to issue a public health warning or create public service announcements on the topic, but it has yet to act, even though it issued a report in August describing the problem.

As HarmReductionOhio.org reported, cocaine-fentanyl combinations have overtaken heroin-fentanyl as the No. 1 cause of fentanyl-related overdose in Ohio.

Cocaine users are especially vulnerable to fentanyl overdose because they don’t suspect the drug is in cocaine. Even when warned, many users scoff because — from a consumer’s standpoint — it makes no sense to add fentanyl (an opioid) to a stimulant. But cocaine-fentanyl mixtures are now common in Ohio, as seen in lab-tested drug seizures and autopsy results.

Cocaine users are at greater risk than heroin users when fentanyl is added to their drug. Unless they also use opioids, cocaine users lack a tolerance to opioids, meaning fentanyl can kill in one-third to one-half the amount that would cause an overdose in a regular heroin user. Also, heroin users have been reducing overdose risk by cutting dose sizes in half or more. By contrast, cocaine users don’t adjust and get hit with a sudden dose of a powerful opioid for which they have no tolerance. Cocaine-fentanyl killed a 23-year-old aide to Gov. John Kasich this way last year. 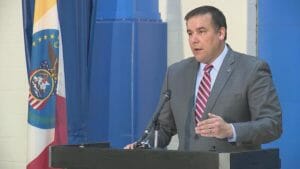 Columbus is the state leader in harm reduction drug policies. The city’s new mayor, Andrew Ginther, has promoted a scientifically based approach to the drug overdose problem since he has been on the City Council.

Columbus issued a similar, but more limited, warning in November after a series of overdose deaths believed to be for drugs beyond opioids.

Columbus’ public health warning should start a statewide effort to reach users of both crack- and powder cocaine. Most health department programs focus on reaching heroin users through syringe exchange, HIV treatment and other programs. However, Ohio has four times as many cocaine users — about 160,000 per year — as heroin users and it’s a more diverse, harder to reach group.

Thanks to Columbus Public Health for a great start and a big heart, for trying to save lives of good people too often stereotyped and stigmatized. 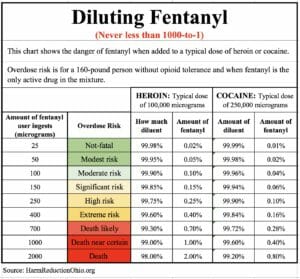