No applications taken; no competition allowed 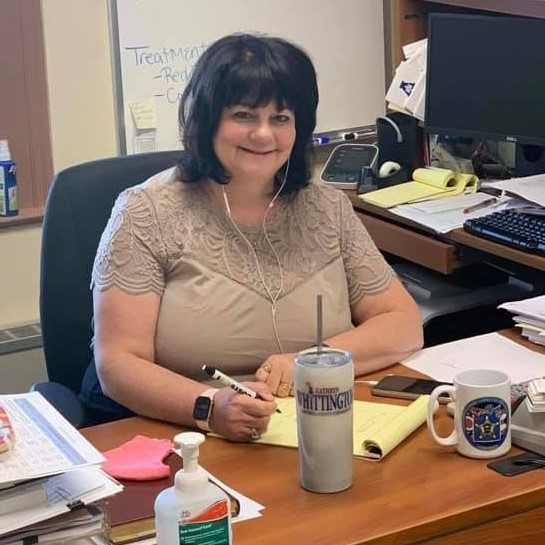 Ashtabula County Commissioner Kathryn Whittington will earn $162,000 a year combined in her two jobs as county commissioner and head of opioid settlement board.

Ashtabula County Commissioner Kathryn Whittington was hired Wednesday as interim executive director of the OneOhio opioid settlement foundation, which will oversee how $500 million+ in opioid settlement money is spent.

Whittington had been the chairperson of the 29-member OneOhio board and the regional representative for Region 13, a four-county area in northeast Ohio.

As chair of the OneOhio board, Whittington had served without pay. As interim director, she will make $50 an hour, or an annual rate of $104,000 a year for a person who works 40 hours a week. The OneOhio board approved Whittington working 30 hours per week, equal to a part-time annual salary of $78,000.

Immediately after being hired as interim executive director, Whittington resigned as OneOhio board chair and as Region 13 representative.

Whittington said she will remain an Ashtabula County Commissioner, an elective office that pays her $82,577 in 2022 and $84,022 in 2023, according to the County Commissioners Association of Ohio. County commissioner salaries are set by the Ohio legislature based on the population of a county.

In total, from both jobs, Whittington will earn a salary at an annualized rate of $162,022 (or $3,116 per week) for time worked in 2023.  A permanent board director is expected to earn an annual salary of about $115,000 (or $2,200 per week), according to a budget approved by the OneOhio board at the Wednesday meeting. The permanent executive director will also receive about $50,000 annually in benefits, the board budget estimates.

If Whittington seeks to be the permanent head of OneOhio, she will not be favored over other candidates, said Larry Kidd, a board member who announced the deal.

Harm Reduction Ohio has lawsuits pending against the OneOhio board for violating the Ohio Open Meetings Act Ohio Public Records Act. OneOhio says it does not have to comply with open meetings and public records laws because it is a private organization spending government money.

A decision in the open meetings case is expected soon in from Franklin County Court of Common Pleas Judge Mark Serrott. In the public records lawsuit, the Ohio Supreme Court is receiving legal briefs this month from Harm Reduction Ohio and OneOhio lawyers. A decision is likely later in 2023.

The creation of the iOneOhio interim director’s job and the hiring of Whittington for the position is a risky move for OneOhio because it appears to be another open meetings law violation. If courts rule that OneOhio is subject to Ohio’s transparency laws, decisions made in violation of the Open Meetings Act are usually voided.

In the public portion of the OneOhio meeting, board member Larry Kidd described how the interim director position was created for Whittington. The process described seemed to reflect an agreement made in secret and then presented to the full OneOhio board for a show vote in public.

A full transcript is provided below for readers to make their own assessment.

The OneOhio foundation will control 55% of Ohio’s opioid settlement money, an amount now at $1 billion but expected to increase to $1.5 billion+ after additional settlements are finalized.

The OneOhio board meeting was held in Columbus at 11:30 a.m. Wednesday. OneOhio claims the public doesn’t have a right to attend these meetings, but, at its discretion, permits the public to attend the monthly meetings of the board but not committee meetings, where most policies and decisions are made.

The OneOhio board consists of 29 members – 19 regional representatives appointed by local government boards and 10 members appoint by state government. Even though OneOhio is controlled by state and local governments, OneOhio claims that it is a private organization that can spend money secretly, telling the public only what it thinks the public should know. Harm Reduction Ohio’s lawsuit challenges this claim, saying OneOhio must follow public records law.

OneOhio’s decision to follow a path of secrecy has resulted is an insular board of government officials and government appointees who have excluded the public, including people impacted by opioids, from involvement in how the opioid settlement board works. Black Ohioans have been hurt especially hard by the OneOhio’s exclusivity and secrecy. The 29-member OneOhio board includes only one Black member. All OneOhio employees and contractors are White. By contrast, Black residents account for 13% of Ohio’s population and 20% of overdose deaths, 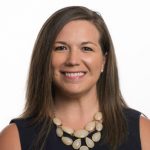 The hiring was similar to another no-bid deal to the benefit a connected Republican lobbyist a $120,000-a-year communications contractor.  The contractor, Connie Luck, a former aide to Gov. John Kasich, had her contract renewed without discussion at the board meeting Wednesday. 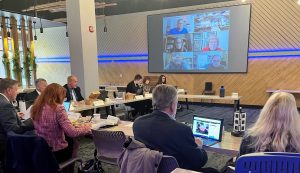 OneOhio board meeting in Columbus on Wednesday, December 14, 2022

The executive session lasted 30 minutes. The public and Whittington were then allowed to return to the meeting.

A transcript of what happened in public follows: 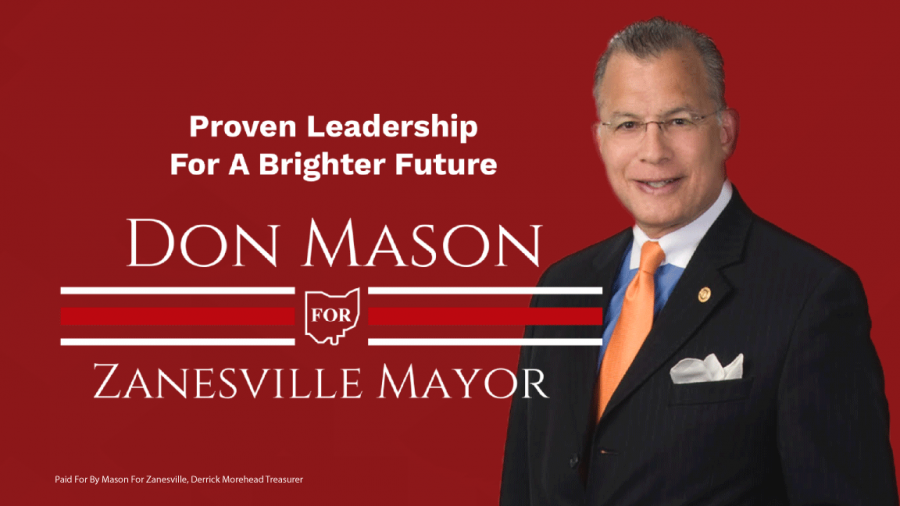 Zanesville Mayor Don Mason, OheOhio vice chair: During executive session, we had a discussion regarding personnel issues related to the fact of that we have a vacancy related to executive director. So we discussed what some of our options are. Having made no decision at that time now (I) turn it over to Larry for a brief explanation of (garbled).

Jackson County businessman Larry Kidd, OneOhio board secretary:  Kathryn and I have been working as volunteer board members to help along with (garbled) and some of our contract employees.

A couple months ago, Kathryn and I had a discussion that we’re just not moving fast enough, and we think it would be best to have an interim executive director. The search firms say it could take up to six months — meaning sometime in late June — before we get someone in that executive role permanently.

So we talked about what that would look like, and Kathryn volunteered to move into that position. We discussed it. We agreed that for her to do that she would have to resign as board chair and also her board seat.

We contacted the appropriate parties, including ethics, the attorney general and governor.  They all blessed it. We had approval from outside counsel, which also approved the move.

So we discussed moving Katheryn from a board seat and chairperson into interim executive director at a rate of $50 an hour which is less than the published (garbled) rate, not to exceed 30 hours a week. And she would be permitted to continue as commissioner during that interim role.

If Kathryn chooses to apply at a later date for the fulltime executive director position, she would be on the same playing field as any other applicant. There would be the same scrutiny as any other person and would be no favoritism shown to her.

So, with that said, Mr. Vice Chair, I would like to make a motion to move Kathryn into the interim role at the time of her resignation.

Mayor Mason: Then, as vice chair, now I open it to the floor for discussion. Hearing none, I call upon a roll call…

Fix and Matia are regional OnrOhio board members. Matia’s interruption blocked the attempt at a quickie approval. 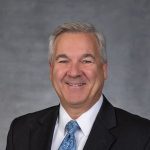 Judge Matia: How does it actually benefit the foundation? The grant making committee hasn’t met yet. We haven’t formed an expert panel yet. Is this going to speed the process with which funds are distributed and, if so how so?

Kidd: Judge, it’s been (garbled) and I realize that you joined the board late and have been to one or two meetings, so you haven’t seen the history of the evolution of this board. But we really haven’t made the progress we would like to see. In the grant making, we’re continuing to work on that, working to get funds in place. Establishing policies and procedures. Some of those have been done. Thanks to Benesch (law form) for the ones that have been done. There’s still others that need to be done. As a volunteer board, it is very, very difficult to move very quickly.

I can tell you that Kathryn has been working sometimes in excess of 40 hours a week, in addition to her current job. If we have to (garbled). We, also, as you heard in the executive session…there’s a lot of misunderstanding throughout the state in what we do. We feel all the op-eds and published articles are beneficial. They’re not as good as face-to-face meetings. And it’s very challenging for volunteer board members to run the entire state of Ohio to give these presentations without some kind of plan in place, and this will allow for that.

Mayor Mason: Is there any other discussion? I apologize for not looking (garbled). Hearing none, I’ll call for a roll call.

The board voted to approve Whittington as OneOhio’s new executive director. Matia, participating by video from Cleveland, was the only dissenting vote.

Whittington then resigned from the board verbally. Kidd was voted to be the new chair of the OneOhio board.

Then, as paid interim executive director, Whittington seamlessly continued running the meeting as she had as unpaid board chair. 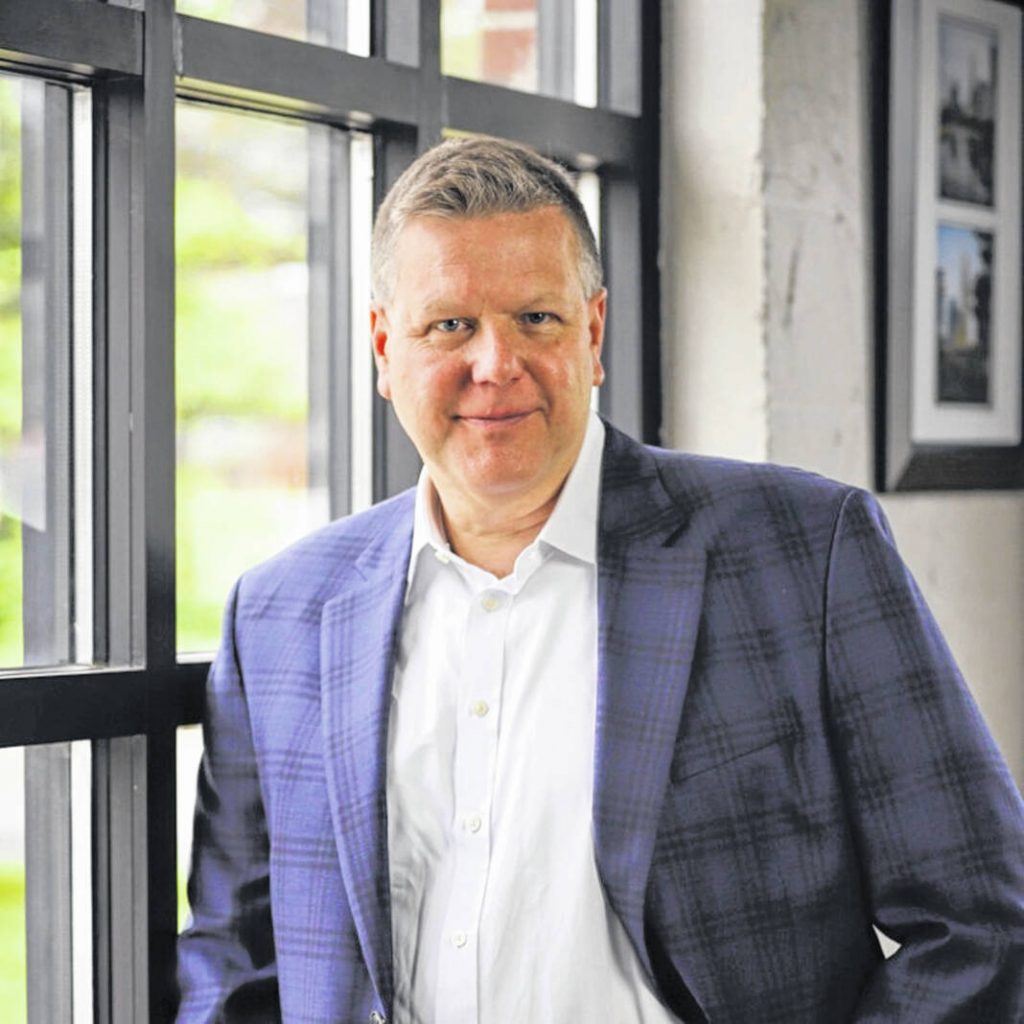 Larry Kidd, the new chair of the OneOhio opioid settlement board