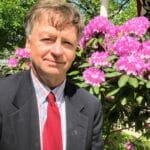 @Love Dayton 1) The evidence points to fentanyl test strips reducing overdose deaths, although its not clear by how much. Research to be published in April will help answer question.

2) There is no evidence whatsoever that it increases overdose deaths. This is why fentanyl test strips are spreading rapidly, not contracting, in use at syringe exchange facilities. Cleveland did a 500 test strip pilot program, analyzed the data it collected, and expanded the program with a $15,000 grant from the county.

3) It’s a myth that most users prefer fentanyl. Johns Hopkins School of Public Health researchers surveyed 330 users in 3 cities — 75% preferred heroin, 25% fentanyl. So it’s correct to say most users don’t want fentanyl but some do.

4) Even those who preferred fentanyl were concerned about its danger, wanted to know if it was in the drug mixture and said they would adjust their behavior (i.e., take a smaller dose) if they knew their mixture contained fentanyl.

It’s not true that “there’s no heroin” anymore. While the amount of heroin has declined relative to fentanyl, carfentanil, etc., local police continue to confiscate hundreds of drugs that lab tests show are only heroin. Because heroin is preferred by most users and is much safer, heroin has a greater economic value than fentanyl-adulterated heroin or fentanyl-only mixtures. Fentanyl test strips add information to the market that adds value to heroin-only mixtures while devaluing adulterated, less preferred fentanyl mixtures.

Information makes markets more efficient, for price and safety. Economic incentives for safer drugs are beneficial and desperately need in illegal drug markets. The false claim that “there is no heroin anymore” endangers lives.

All opioid mixtures may look the same. But they are not the same, especially when it comes to safety.

Fentanyl test strips are a small, incremental step in the right direction. It’s not as good as setting up a gas chromatagraph-mass spectrometer at the public health department and testing drugs, no questions asked. But it’s way better than nothing. Fears about giving users a little knowledge of what’s in their drugs are sincere concerns, but they are not accurate when tested in the real world.