Will it be wasted or used wisely? 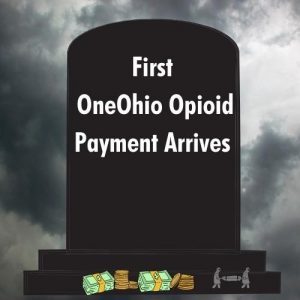 The first payments from Ohio’s $1 billion opioid settlement are going out this week and next to about 500 local governments in Ohio.

The office of Ohio Attorney General Dave Yost provided a list of 528 local governments who will receive payments ranging from $331 to $506,118. The payments will continue for 18 years.

This round of money is represents the first year of the 30% share of an $808 million settlement with three opioid distributors: Cardinal Health, of Dublin, Ohio; McKesson of Irving, Tex., and and AmerisourceBergen of Conshohocken, Penn. These payments, worth $8.26 million, will go directly to Ohio counties, cities, townships and villages. Under the OneOhio opioid settlement, the state of Ohio will receive 15% of the opioid settlement, and the OneOhio Recovery Foundation will receive 55%. Local health departments and mental health boards will not receive direct payments.

The OneOhio Recovery Foundation, which will receive the 55% share, is the board that Harm Reduction Ohio has criticized for secrecy, violating open meetings law, racial bias and hostility to people impacted by the opioid crisis. That government board meets online Thursday at 9 a.m. (The board will let you watch, but not speak, if you disclose your identity here.)

In addition to the distributors $808 million over 18 years, Ohio will receive another $186 million settlement over 15 years from opioid maker Johnson and Johnson (J&J) of New Brunswick, N.J., That money will be distributed later this year by the national opioid settlement administrator. The Attorney General handled the early distribution of the first distributor payments, going out over the net week or so, and will turn payments over to the national administrator for future payments.) The $186 million J&J settlement will be divided the same way as the distributor settlement: 30% directly to local governments, 15% to the state of Ohio, and 55% into the black hole of the OneOhio Recovery Foundation.

What the settlement is for 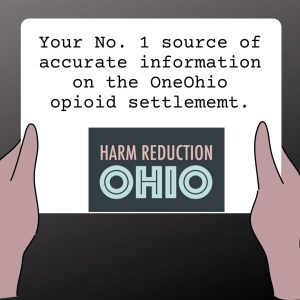 More than 35,000 Ohio residents have died of accidental opioid overdoses in the last 15 years. Opioid settlement funds can be spent on a wide range of uses — from naloxone to treatment to syringe programs to helping families — as long as the action is evidence-based and related to solving the opioid problem.

The five governments receiving the most are:

In Ohio, county and municipal governments are separate, so each will get paid different and separate amounts. In addition to the county government payments listed above, Cincinnati will receive $166,158, Dayton will receive.$114,402. and Toledo will get $88,133.

Cuyahoga County will receive only $758 because it settled separately and earlier with the distributors. However, Cleveland will receive a first payment of $155,619. Summit County, which also settled earlier, will get $130, but Akron, its biggest city, will get a $76,158 payment.

So far, 1,359 governments have agreed to participate in the OneOhio settlement.

Scioto County Commissioners have decided to pursue their own lawsuit and will forgo payments from the OneOhio settlement, including an $81,255 this week. The city of Portsmouth will receive $19,304.

Most government snot participating in OneOhio are small governments who opted out because the cost of handling the payments was more than the benefit. For example, Yankee Lake Village in Trumbull County is not claiming its $2.95 payment.

The two governments not claiming the largest amounts were:

(The mayor of Niles and the city administrator of Milford did not respond to emails.)

In all, $8.26 million will be sent out with the first payment and $361,168 was unclaimed. The fate of the unclaimed is unclear. Under the OneOhio agreement, local governments to receive payments of less will have them money automatically redistributed to their county government. A total of $20,611 was transferred from tiny governments to county governments, explaining the small amounts received by Cuyahoga and Akron counties even though they did not participate in the settlement.