Friends of OneOhio: Your voice in Ohio’s opioid settlement

“Nothing about it without us.”

Most troubling, government officials have excluded people directly hurt by opioids and overdose from having involvement in OneOhio — how it will work, how money will be spent, etc.

Harm Reduction Ohio represents and loves the impacted population — i.e., you — and is committed to making sure people with lived experience and shared experience (such as family members who’ve lost loved ones to overdose) are involved in determining how settlement money is used. Our knowledge should be valued, not dismissed.

The OneOhio Recovery Foundation, a government board that controls 55% of opioid settlement money, is the biggest problem. (Details here.) The foundation should be welcoming to the impacted population, especially people who lost loved ones to overdose or who’ve an overdosed themselves. Instead, the foundation has been dismissive and downright hostile to people hurt by the opioid problem. We were banned from attending the first OneOhio meeting. After demanding we be allowed in to the room for the second meeting, we were denied an opportunity to speak.

This is stigma in action. People harmed by opioids should be at the table, not silenced in the corner.

To provide a mechanism for the impacted population to be heard, Harm Reduction Ohio is forming an independent, volunteer group called Friends of OneOhio. We will insist that we been heard and treated with respect.

Friends of OneOhio supports the OneOhio opioid settlement as signed by Gov. Mike DeWine and Attorney General Dave Yost. (Read the agreement here.) The state has been flagrantly ignoring the agreement, including the need to involve the impacted population.

Friends of OneOhio is an effort to formalize the impacted population’s so far futile attempt to have a voice in how the opioid settlement is used. Our expertise (and pain) should be valued, not dismissed. Our loved ones died for this money — literally, died for this money. We know what we’re talking about. We are OneOhio’s best friends. Why should not be treated like enemies.

Please consider joining our effort to save lives and let the impacted population be heard.

“Nothing about us without us.” 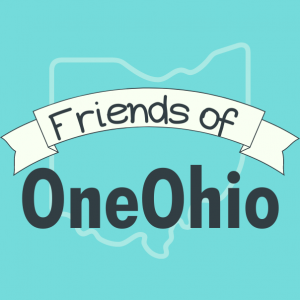 Friends of OneOhio is a group of concerned citizens who want people impacted by opioids to have a day in how the $1 billion OneOhio opioid settlement is used. Please join us.