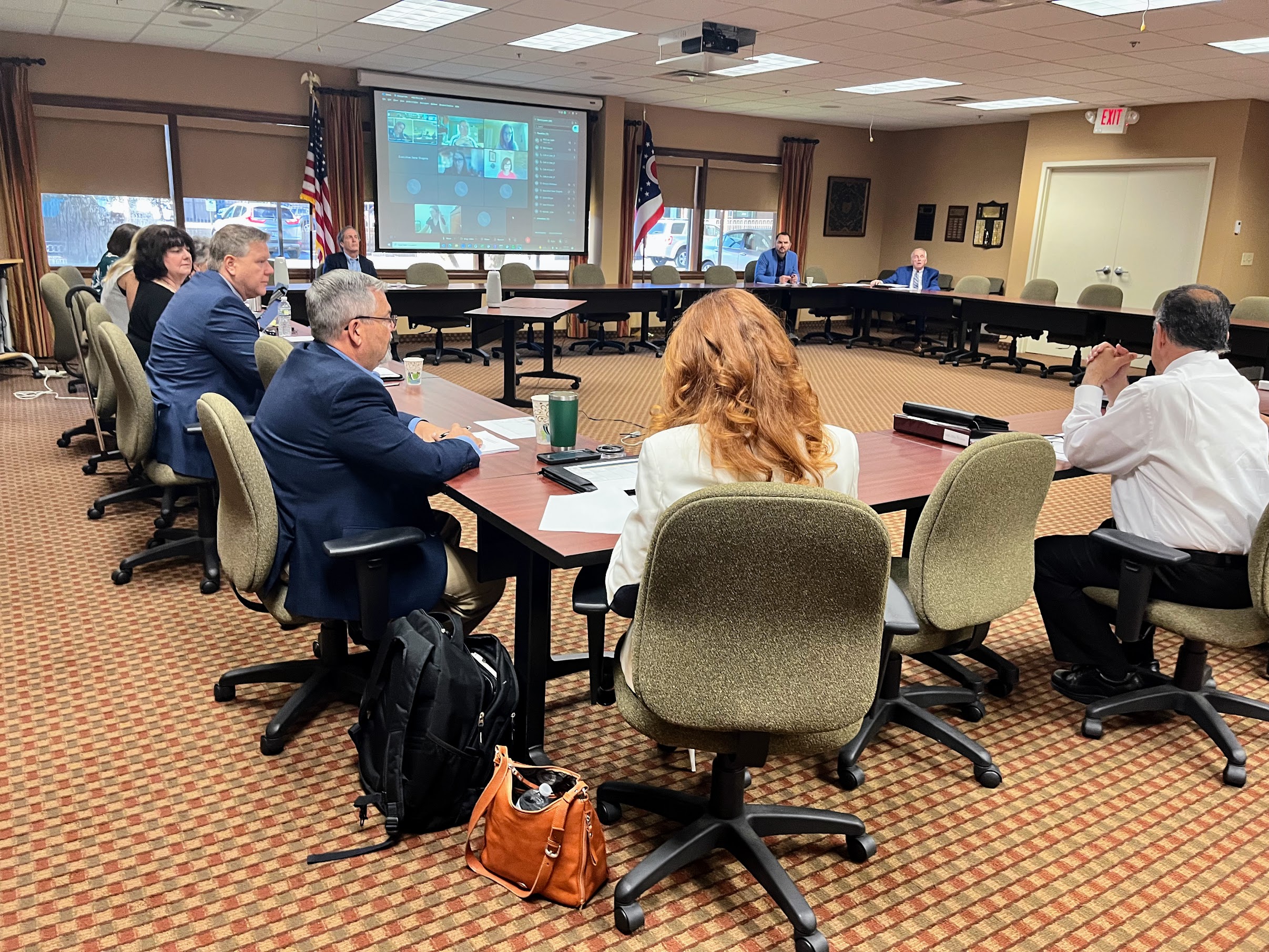 The following is an article published June 23, 2022, by Gongwer News Service, which covers Ohio government in depth.

A group formed to oversee hundreds of millions in opioid settlement dollars headed to Ohio is arguing it isn’t subject to Ohio Sunshine Laws.

The OneOhio Recovery Foundation maintains it is a nonprofit entity not covered by state open meetings and records requirements, but said it would do all it can to maintain transparency.

The leader of Harm Reduction Ohio, however, said in an interview following a Foundation meeting on Thursday that transparency is a requirement, not a courtesy, and that litigation is likely.

At the heart of the issue is a section of the Memorandum of Understanding that created the Foundation to manage 55% of Ohio’s share of the opioid settlement expected to bring in as much as $808 million over 18 years. (See Gongwer Ohio Report, September 16, 2021)

The section also stipulates that any governance adopted by the board can clarify any provision in the MOU “except this subsection. This substantive portion of this subsection shall be restated in the bylaws.”

However, the notice for the first meeting of the board last month stated that it is “not subject to the Ohio’s open meetings law, however, the parties to the MOU that established the foundation, which includes the State of Ohio and its local governments, agreed for the Foundation to operate with full transparency.” (See Gongwer Ohio Report, May 16, 2022)

Further, at the Foundation’s second meeting on Thursday, member Don Mason, the mayor of Zanesville, said, “I thought it was clear we’re a 1702. We’ve got to stop thinking like we’re a governmental entity. We’re not a governmental entity and therefore those provisions of state law don’t apply to us. We’re a foundation.”

Martha J. Sweterlitsch, foundation incorporator and partner with Benesch Law Firm, agreed, saying “1702 is the chapter that sets up nonprofits. In some instances, we conflict with the MOU, but we’re not a public institution and we don’t want to be. We’re trying to walk those lines.”

The draft section on meetings further states the Foundation “on a voluntary basis” shall make reasonable arrangement to make board meetings and expert panel meetings public and to make minutes accessible.

It also presents a caveat that those will not be public if the board was in executive session or if the board determines the material to be “sensitive or confidential material that is not appropriate for the general public.”

A draft of the Foundation’s transparency policy states “Meetings of the Foundation Board, Committees and Expert Panel shall be accessible by the general public, except when the Board is in executive session.” (Board packet)

Mr. Cauchon also posted an article detailing his arguments to the website for Harm Reduction Ohio, a non-profit focused on addressing harms associated with drug use and drug policies. The group also claims to be the largest distributor of Naloxone in the state.

On June 9, Mr. Greiner sent a letter to Ms. Sweterlitsch and Holly Gross, also of Benesch, expressing concerns about the Foundation’s compliance with the Open Meeting Act.

As of Thursday, Mr. Cauchon said Benesch had not yet responded. Mr. Greiner did receive a letter from the governor’s chief legal counsel on Wednesday expressing interest in the issue, Mr. Cauchon said.

Mr. Cauchon declined to provide the letter without first consulting his attorney.

Litigation is “likely,” he said. “They aren’t listening. They aren’t going to listen. This is the first time they said they think they’re exempt from the law.”

Mr. Cauchon said he takes issue with two aspects of the Foundation.

First, the foundation is made of current and former elected officials.

“We support it as a 501(c)(3), and it should be private people like the Columbus Foundation. As it’s constituted, it’s a government board,” he said. “If it’s all government officials, it’s not a private foundation.”

Second, he said, regardless of the makeup of the board, “our argument is the MOU said you have to, for purposes of auditing, open meetings and public records, operate as if you’re a public entity. It’s a half billion dollars in government money.”

“We haven’t filed anything yet, but I think it is likely we would file because it’s a crucial issue,” he said.

Ms. Gross in an interview refuted Mr. Cauchon’s take of Foundation membership, saying that the members were selected by their communities and have lived experiences related to substance use disorders.

Regarding the conflicts between Foundation statements and the MOU, Ms. Gross said “The MOU was not drafted with nonprofit corporation law in mind. We have that clause in the proposed draft code that has to be voted on and determined. This is not a final document.”

“It’s our job to obtain tax exemption, so we’re doing everything we can to ensure that it complies with tax law and nonprofit corporation law,” she said.

Ms. Gross said the IRS will consider several factors to determine whether the Foundation is an integral part of government.

“We’ve said all along we can’t guarantee this will be granted tax exemption status, but we’re going to try as hard as we can because that’s what the parties to the MOU wanted and it’s expressly written,” she said. “We will be focusing on the lived experience of the elected officials that were appointed, the people who have a seat at the table. We trust that the regions selected them because they’re the right people to be doing the job of the foundation.”

She said Benesch has a legal strategy in place should the IRS deny the tax exemption but declined to elaborate.

“We’d have to pivot. It’s not what the parties to the MOU wanted. That’s not the goal and we’re going to work really hard to get that. I hope we won’t be having that conversation.”

According to Mr. Cauchon, should his anticipated legal action be successful, all the work of the foundation would be invalidated.

“To me it’s a risky path they’re pursuing,” he said.

At the end of Thursday’s meeting, Mr. Cauchon asked if the board would hear public comment.

Without responding to his request, members moved and seconded to adjourn the meeting.

“So proper communication with the board would be media and litigation? Thank you,” he shouted.

Christopher Smitherman, who was appointed to the board by Gov. DeWine and who is the only Black member, urged the board to have a discussion on diversity.

He urged the committee to consider diversity in terms of women, Latinos, African Americans, veterans and other underrepresented groups.

Website Production: Recovery Ohio is currently hosting some Foundation information on its own website, as the foundation does not yet have its own.

The board agreed to hire Trust Digital for $3,000 to build a website, which will include uploaded documents, and provide email services, Ms. Gross said.

The board also approved up to $500 to purchase multiple available URLs.

Ms. Gross said several pertinent URLs were purchased in March, and at least one is now for sale for $6,000. The board does not intend to pay for its use.

The board wished to secure several URLs and will choose from what is available.