Elected officials claim SB 1 a “get tough on fentanyl” law. 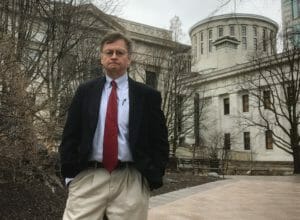 Gov. John Kasich just signed SB 1, a harmful, sloppily written law that will penalize diluting fentanyl in drug mixtures. The bill will contribute to overdose deaths and mass incarceration. The purpose of the bill was to let politicians claim they’re “getting tough of fentanyl.” In reality, the bill does the opposite. It skews prison terms for low-level offenders and minimizes sentences for high-level dealers who handle fentanyl before it’s diluted for human consumption. 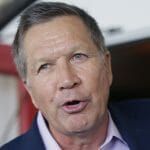 Because fentanyl weighs almost nothing, SB 1’s strategy of increasing sentences based on the weight of the entire drug mixture — rather than the weight of fentanyl itself — creates a perverse sentencing structure that gives light sentences to pure fentanyl and long sentences to heavily diluted fentanyl. The more a dealer dilutes fentanyl (making it less dangerous), the longer he or she will spend in prison. These are irresponsible incentives to add to criminal law in a state that suffered nearly 5,000 overdose deaths last year.

Fentanyl does not cause overdose death when properly diluted and given in the right dosage. When given as an anesthetic in a hospital, it is always diluted to 1 part fentanyl to 20,000 parts filler. If anesthesiologists want to give you more, they increase the amount of the diluted mixture but they NEVER mess with the heavily diluted mixture. In every operation in every hospital in every state, the ratio is 1:20,000. This requires the precision of a pharmaceutical factory.

Fentanyl is valuable in illegal markets because it’s so small and easy to hide from law enforcement. Idiotic laws like SB 1 are one reason fentanyl doesn’t get properly diluted and was involved in 71% of Ohio’s 4,849 confirmed overdose deaths in 2017.

On the street, fentanyl is typically diluted to 1 part fentanyl to 25-to-100 parts filler — in other words, to about 1% to 4% the drug mixture. This is inadequate and dangerous dilution. Remember, doctors who want you unconscious use a ratio of 1:20,000.

To dealers used to cutting heroin or cocaine, a 1:25 or 1:100 ratio seems heavily diluted. After all, heroin might be cut to 33% purity — or 1 part heroin to 2 parts filler. It’s often beyond the imagination of dealers and users that fentanyl has to be cut to this extreme. Carfentanil can never be diluted safely outside of a professional pharmaceutical factory.

The Harm Reduction Ohio Rule of Thumb: The MINIMUM safe ratio fentanyl dilution is 1 part fentanyl to 1,000 parts filler — or 0.01% of a drug mixture. In other words, dilute, dilute, dilute…then dilute some more!

SB 1 punishes diluting fentanyl when, in fact, we want more dilution, not less. This is even more true for carfentanil, which is killing many in Ohio and is in cocaine and meth in addition to heroin.

To see SB 1’s perverse effect, consider someone arrested for fentanyl diluted to a ratio of 1:1,000. The sentence will be based on the weight of 1,001 things in the drug mixture — 1,000 of them diluents and 1 of them fentanyl. In other words, the weight of the diluents accounts for 99.9% of the sentence! Pure, undiluted fentanyl is the way to go if you want to avoid spending time in prison.

Harm Reduction Ohio explained this to Ohio legislators in testimony before both the Senate and House. Not a single legislator was interested in the perverse effect of the bill other than Sen. Mike Skindell, a Democrat from Lakewood, Ohio. The order of the day was to pass some “get tough on fentanyl” bill. It didn’t matter what the bill said, just what politicians could say about the bill: “We passed a law to lengthen fentanyl sentences!”

It’s a false claim. The Ohio legislature passed — and Gov. Kasich signed today — a law to punish dilution of fentanyl.  Perverse incentives have perverse consequences. SB 1 will increase drug overdoses in Ohio, not lower them. 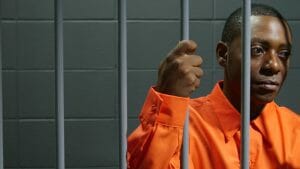