After losing her daughter to overdose… 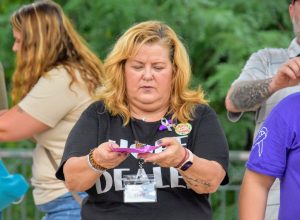 When Brenda Cameron Ryan, a resident of Akron, Ohio, staged a protest outside of a prosecutor’s office in 2018, she earned the nickname “Bulldog Brenda.” People were inspired and impressed by her will to fight for what she believed in—bringing justice in memory of her daughter, Sheena Moore, who died at age 31 from a fentanyl overdose in 2016.

Brenda’s “bulldog” nature isn’t limited to protests or court sessions where she argues for policy change or even social media posts advocating for people fighting addiction.

Her headstrong personality and intense compassion follows her everywhere: when making decisions for her grandson, Wyatt, whom she adopted when Sheena passed away…when running her non-profit Keys to Serenity for children affected by Substance Use Disorder… and especially when gathering resources for Ohio’s growing community of kinship caregivers.

Join Brenda this Monday evening for a statewide Zoom discussion of how Ohio needs to provide more support for family members who care for children after a parent dies of an overdose or struggles with drugs. Register here for “Kinship Care: What Ohio Children Need.” 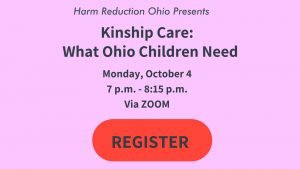 Though Brenda is proud of this part of herself and knows it has gotten her far in life, she admits it hasn’t always served her well. 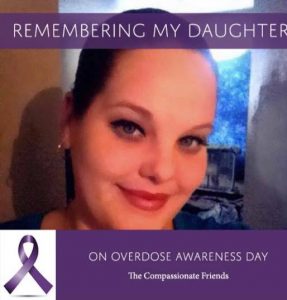 By Saturday, Brenda was at the funeral home making arrangements.

On Monday, she was in an attorney’s office paying a retainer fee to get emergency custody of Sheena’s five-year-old son Wyatt. 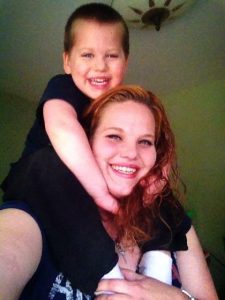 According to Brenda, even during Sheena’s days of addiction, she wouldn’t even smoke a cigarette in front of Wyatt.

“So, when it was a sudden death, that was devastating to my—then—5-year-old grandson,” Brenda says.  From then on, Brenda dedicated herself to supporting Wyatt through his grieving, even if that meant putting aside her own feelings.

“He couldn’t come over here and see me in a fetal position on my bedroom floor,” she says. “I had to be the one to be strong, so I could get him through his grief.”

Child care with a broken heart 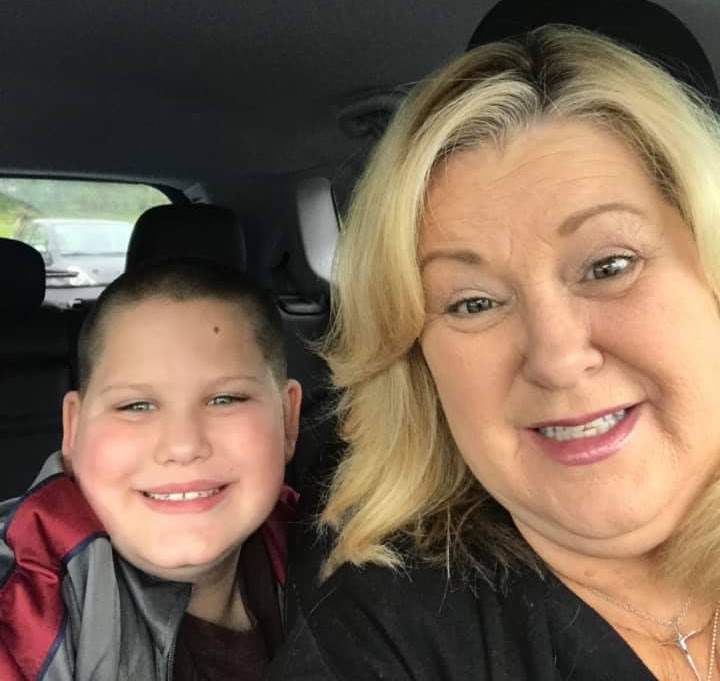 Soon, being so headstrong started to take a toll on her.

“There was a lot of anger. And of course, pain that was unbearable. I lashed out at my family, I almost got divorced, after a 25-year marriage,” she says.

In the wake of Sheena’s death, Brenda immediately focused on Wyatt—getting files in order, fighting for custody, and taking care of his emotional needs.

On top of this, Brenda soon found that the child welfare system that was supposed to help her become a parent to Wyatt was not supportive at all.

“They’re not going to come to you and knock on your door and say, ‘Hey! Did you know this service is available for you?’ …You have to go out on your own and find them,” Brenda says.

Kinship care: what it takes

Brenda feels fortunate that she is a head-strong person who’s willing to put in the work to do what needs to be done, but she recognizes that not everybody has the same perseverance or time to “navigate the system.”

Helping others: Keys to Serenity 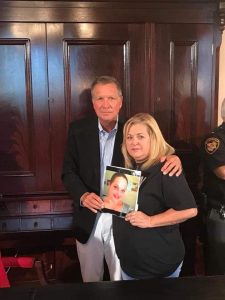 That’s why she started Keys to Serenity. She took money left over from the GoFundMe made to honor Sheena’s name and started her effort to provide resources and community for kinship caregivers.

Along with Keys to Serenity, Brenda became politically active in 2017 and began to serve as a voice for the kinship caregivers who weren’t receiving the money they deserved under the court case D.O. vs. Glisson, a case that promised kinship caregivers would receive the same payments as foster parents. That equality has yet to occur in Ohio, despite the court decision.

“This is not going to benefit me in any way,” Brenda says. “But it is going to benefit the kinship providers here in Summit County and all over the state in Ohio that are living below poverty level. They’re trying to raise these kids — with no money!” 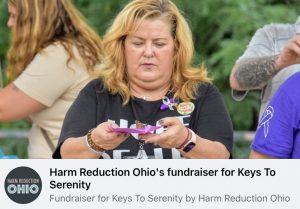 Contribute to our Facebook fundraiser for Brenda’s Keys to Serenity program.

Brenda is always one to stand up for the underdog. She couldn’t walk away from this fight.  But eventually, the grief that she pushed down to be a mother to Wyatt, an advocate for kinship caregivers, and the occasional loan-lobbyist, started to bubble up.

“When Wyatt wasn’t here, I’d get angry a lot at my family. I was angry at my husband, I just lashed out at everybody,” Brenda says. “I totally changed. It changes you as a mom, or a parent, that loses a child. Everything is before Sheena died, and after Sheena died. That’s what you look at in life.” Brenda soon found the things she was interested in before were no longer interesting. She began to feel guilt, questioning if there was more she could have done.

People would tell her how much they admired her for not crying, for staying strong. But Brenda could feel what it was doing to her. “I have to be the strong person for everybody,” she says, “Because I’ve put myself in that role. But it’s hard being the strong person all the time.” 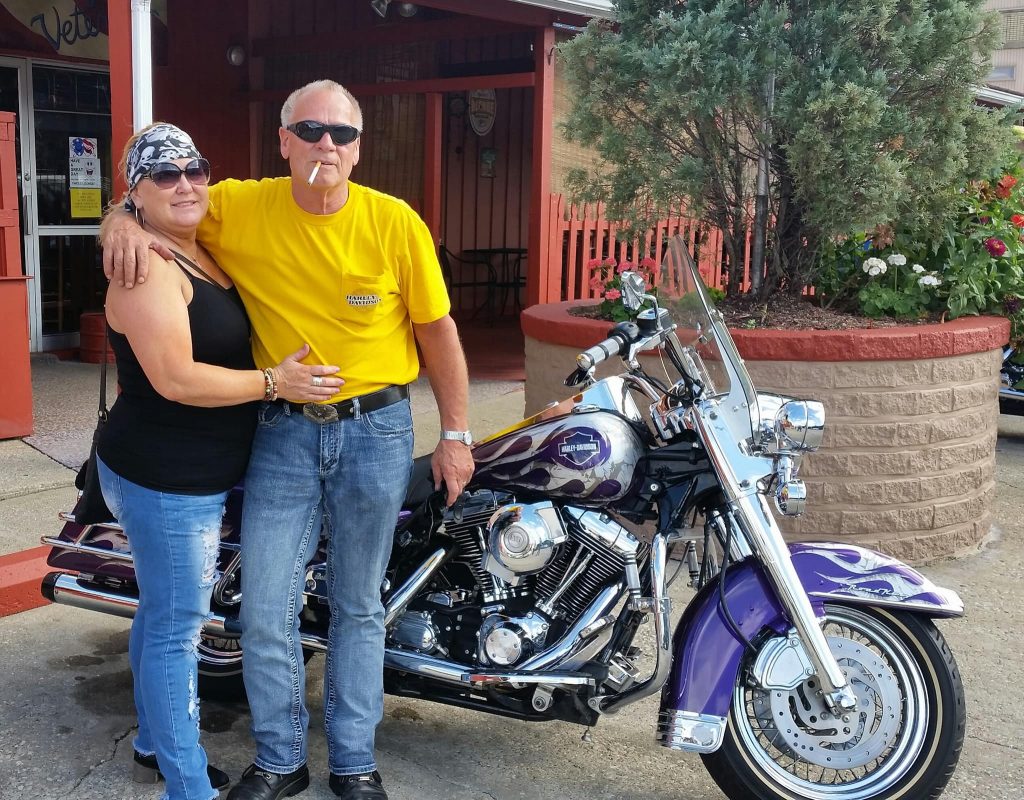 And just when things started to pile up, COVID-19 hit the United States and everything halted. Suddenly, Brenda could no longer schedule events for Keys to Serenity, she couldn’t attend court dates or set up meetings about the policy changes she wanted to make. The world took a pause, and Brenda had to too. And during this time, she found she finally was able to process her grief.

“I have a lot more peace in my heart now than I ever did, even when my daughter was suffering from addiction,” Brenda says. She no longer had to worry about Sheena’s safety, whether she was making the right decisions anymore.

“The only thing that was happy in her life was her son,” Brenda says. “She’s not suffering. I came to that conclusion. I came to that realization in my heart, and that’s where I’m at now, knowing that she’s at peace.”

And, according to Brenda, their nonprofit is now doing better than ever. Soon, she will start her political advocation again this November, where she’ll continue holding state representatives and senators responsible to get kinship caregivers the money they deserve under D.O. vs. Glisson.

But in the meantime, she’ll continue to spend time with her husband and Wyatt, who’s now 11. And while she’ll never stop being the headstrong fighter she’s always been, rest assured, she’s found her peace.