In March, Harm Reduction Ohio (HRO) distributed 1,766 naloxone kits, a record for us, the state’s only licensed lay distributor of naloxone.

A large share of this record number was in support of Ohio’s “shelter in place” response to prevent the spread of the covid-19 virus. In recent days, half the web traffic flowing to our online naloxone ordering service has come directly from a link posted on the Ohio Department of Health web site.

The Ohio Department of Health (ODH) is providing HRO all the Narcan needed for our online service to keep naloxone access alive statewide during the coronavirus scale. HRO offers a big “thank you!” to ODH for providing the Narcan, believing in the ability to our online program to handle this important statewide mission and — most of all — for caring about the health and well-being of people who use drugs.

Harm Reduction Ohio’s online service lets people choose between Narcan nasal spray and intramuscular naloxone (injected into a large muscle). (Both are free to the requester, and both are equally effective when used in a bio-equivalent dose.) In March, 68% of naloxone kits we gave out were Narcan; 32% were IM naloxone.

This may be an example of how covid-19 causes lasting change. Our lay distribution network has had to scale back because of the need for social isolation to prevent the virus from spreading. (It will return to full force later this year!) In fact, we expect it to grow.) But the privacy and convenience of ordering via a phone or a laptop will likely push an increasing share of naloxone orders online. Harm Reduction Ohio expects to be the amazon.com of our niche of naloxone and harm reduction supplies in Ohio: Like amazon.com, online ordering is of greatest benefit to people living in Ohio’s small cities and rural areas where naloxone access is limited or almost non-existent.

HRO’s other partner in this venture is NEXT Distro, a New York City-based non-profit that handles the technology of processing online orders and asking the questions required by the Ohio Department of Health. NEXT Distro, founded by harm reduction visionary Jamie Favarro, build an organization that supports online distribution programs across the country. HRO is just the Ohio affiliate of a nationwide effort. 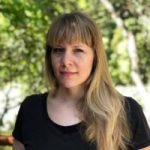 Today, just one year later, we’re averaging 46.6 online orders per day and will furnish at least 15,000 naloxone kits (probably closer to 25,000 kits) in Ohio this year. We have improved the efficiency of online distribution enormously thanks to Jamie Favarro and employees and volunteers Allison Loeber, Carole Robinson, Ajeeta Jandkami, Jenny Nath, Chris Hopkins and others.

Every order received before 4 p.m. yesterday was mailed yesterday, delivered to the post office in Mansfield, Ohio, before it closed at 5:30 p.m., by naloxone distribution specialist Allison Loeber. Some people who ordered Narcan online Friday afternoon will get it in the mail Saturday morning. All 67 orders should be in mailboxes by Monday, if the postal service can meet its delivering goals during these tough times. 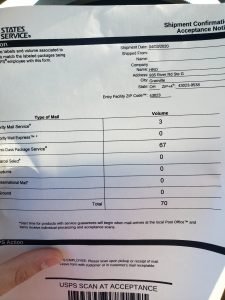 Another exciting thing about online ordering is that makes it easier for naloxone to reach the stigmatized, criminalized, hard-to-reach audience of people who are at risk of overdose death: people who use drugs.

In March, 110 of our orders were placed by people who needed naloxone because the previous kit was actually used to reverse an overdose. Harm Reduction Ohio, as a non-governmental organization, has the trust of those who use illegal drugs in Ohio. We are proud to serve people who use drugs, as well as their family, friends and co-workers who may be called on to reverse an overdose.

In March, only 2.6% of naloxone orders were placed by people who identified themselves as black or African American. By contrast, the Census Bureau reports 13% of Ohio residents are black. This is especially disturbing because, in Ohio, for the first time in many years, black residents had higher overdose death rates than white residents in 2019. (Harm Reduction Ohio reported this exclusively here.) 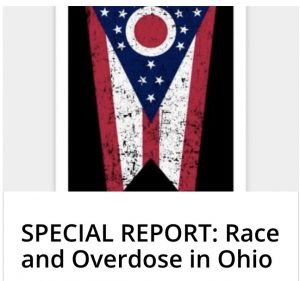 The other enormous demographic skew in online ordering is toward women. In March, 69.0% of orders were placed by women, 27.3% by men and 3.7% by people who identified themselves as gender non-confirming. This tilt is disturbing because most people who die over drug overdoses in Ohio are men.

What causes this naloxone gender gap? The difference seems to reflect an empathy gap. In public policy and perhaps human affairs, women tend to be kinder, more empathetic and less judgmental than men — in other words, more open to harm reduction.  Go to a typical harm reduction event, and it will be 80% women. So men are the ones who benefit most from the practice of harm reduction (and access to naloxone) but women are the ones disproportionately making it work for men.

Online orders during the pandemic

The demographic bias in who’s getting naloxone is an important problem to be worked on. But, for now. during the covid-19 pandemic, it’s time to celebrate the huge increase in naloxone available in Ohio.

Since March 16, HRO’s online service has averaged 46.8 orders per day. The number of kits provided is somewhat higher than that because some people need more than one kit. (Order here.) We’ve reached nearly all of Ohio’s 88 counties, especially southern Ohio counties, such as Scioto and Pike, that have the highest overdose death rates in the state.

Thank you, Ohio, especially Gov. Mike DeWine and ODH Director Amy Acton, M.D., for helping get naloxone where it needs to be during an emergency. 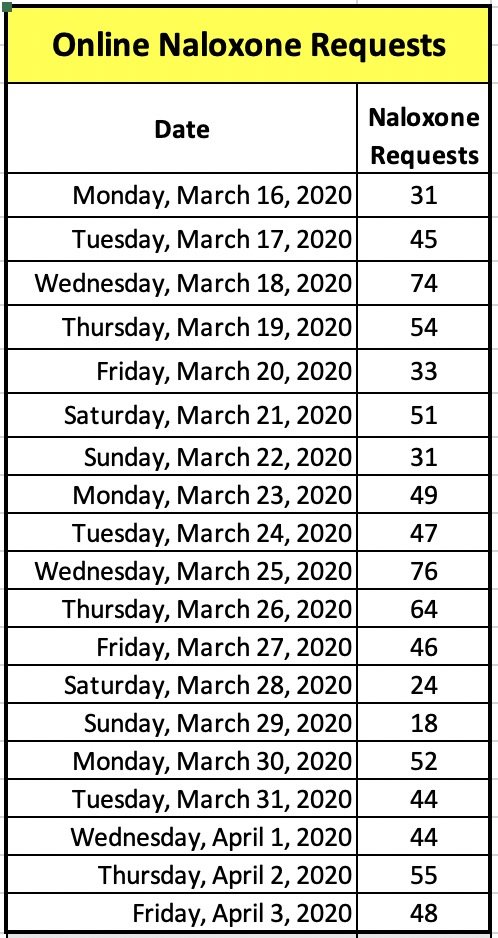