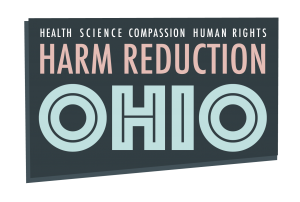 Harm reduction for all Ohio

The HRO Online Naloxone Service is an innovative effort to optimize the distribution of naloxone across Ohio by directing the sometimes scarce, sometimes expensive opioid-overdose-reversing drug to people who most likely to need it:

​The HRO Online Naloxone Service will offer customers a choice between intramuscular naloxone and Narcan, the brand name naloxone nasal spray. Naloxone kits will be mailed within 48 hours in a nondescript brown envelope. The naloxone kit will be packaged by staff and volunteers in Harm Reduction Ohio’s office, located in Granville, 30 miles east of Columbus.

Questions about the program, naloxone or the status of orders should be directed to narcan@harmreductionohio.org.

Because naloxone can be expensive, especially when sold in the easy-to-use form of the Narcan nasal spray, the HRO Online Naloxone Service will supply only Ohio residents and only those Ohioans who believe they may be called upon to reverse an overdose. Well-meaning Ohioans who don’t have significant contact with the at-risk population will be directed to other sources of free and low-cost naloxone. 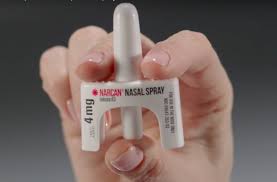 Harm Reduction Ohio ships free naloxone to Ohio residents who need it most: people who use drugs and family, friends, co-workers and others in frequent contact with the at-risk population.

The new online service is supported by private donations and an Ohio Department of Health (ODH) grant that directs a share of federal State Opioid Response money from the Substance Abuse and Mental Health Services Administration (SAMHSA) to evidence-based efforts to prevent overdose deaths. The ODH naloxone grant also supports HRO’s work improving naloxone availability for people who are homeless, victims of human trafficking or residents of the state’s highest overdose mortality zip codes for people of color. To operate the online program, Harm Reduction Ohio joined the state’s Project DAWN (Deaths Avoided With Naloxone) naloxone distribution network and follows all state regulations, as well as those of the Ohio Board of Pharmacy.

to obtain a required Terminal Distributor of Dangerous Drugs license to furnish naloxone, a prescription drug, to the at-risk population in a medically sound manner. Dr. Masone  owns Life Spring Recovery, a trio of harm-reduction-friendly medication-assisted treatment clinics in the Columbus area. Harm Reduction Ohio is the first and only layperson organization authorized to distribute naloxone in Ohio, a breakthrough made possible by Dr. Masone. Layperson distribution is one of the least expensive and most accurate ways to get naloxone where it needs to be to reverse an overdose, second only to distribution at syringe programs that provide sterile syringes to people who inject drugs.

Who should order free naloxone? 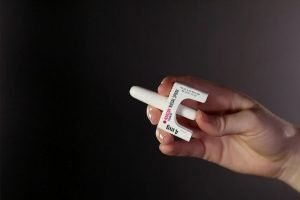 HRO’s naloxone grant supports “community distribution” – that is by laypersons. Orders cannot be filled for personnel from law enforcement agencies, fire departments or governmental emergency squads. Those agencies have other state grant programs directed to them.

Who should order from the Harm Reduction Online Program?

People in active or recent use.  If you use or have struggled in the past with heroin, cocaine, meth or street-purchased pills, order naloxone here now. In Ohio, all illegal drugs (except for cannabis) carry a risk of fentanyl contamination. In Ohio, 10% of cocaine has fentanyl or an analog in it, as does 3% of meth. Cocaine and meth users are at high risk of opioid overdose because many who use those drugs lack opioid tolerance and can be killed by relatively small amounts of fentanyl or a fentanyl analog.

People in recovery or forced abstinence. Abstinence of any kind is correlated to overdose death if relapse occurs. This is true whether you’re in a 12-step program, jail, drug court or an abstinence-only treatment program or sober home. Loss of opioid tolerance puts you at great risk if you use again, even if you re-start using at a smaller dose (which you should).  Whatever your optimism about the future, people in abstinence-only recovery from opioids should always carry naloxone – if not for you, then for your friends in recovery – and are encouraged to order.

People in contact with people who use illegal drugs. If you love someone who uses drugs, especially if they are frequent users, order naloxone online for free. Parents, siblings, spouses, friends and others who love people who might overdose are often the real first responders. Carry naloxone.

People who work professions that employ many who who use drugs – restaurants, construction, convenience stores and so on – should carry naloxone in case a colleague or customer suffers an overdose.

People who work at treatment facilities, sober homes, homeless shelters and similar social services should order naloxone in case of an emergency – and encourage clients to do so from this service.

If you’ve seen an overdose, you should probably order. If you’ve seen two or more, do not hesitate. The person who calls 911 is the real first responder when an overdose occurs.  Be ready. Be equipped. Keep calm and carry naloxone. 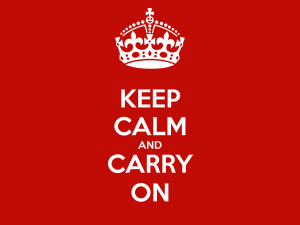