Can opioid settlement board act secretly? 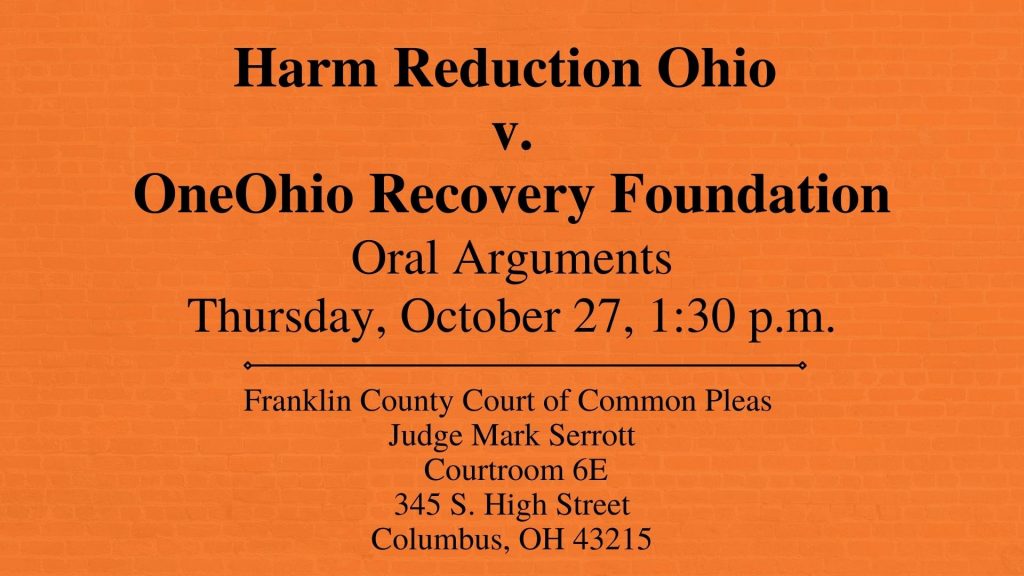 Harm Reduction Ohio’s lawsuit against the OneOhio opioid settlement board will be heard in the Franklin County Court of Common Pleas Thursday, October 27, at 1:30 p.m.

Harm Reduction Ohio sued the OneOhio Recovery Foundation for violating Ohio Open Meetings Act by denying the public access to its board and committee meetings.

The OneOhio board will control 55% of Ohio’s $1 billion opioid settlement.

On Thursday, Franklin County Judge Mark Serrott will hear OneOhio’s argument that the open meetings act case should be dismissed on the grounds that OneOhio is not covered by the law and, if it is, Harm Reduction Ohio does not have legal standing to sue.

The hearing is important because the case is a matter of law, not a disagreement over the facts. OneOhio concedes it has not followed Ohio open meetings law. Its defense is that it is not covered by the law.  Harm Reduction Ohio believes the OneOhio foundation and its board is covered under both Ohio law and the terms of the opioid settlement agreement.

A separate but similar suit over public records is pending in the Ohio Supreme Court. Harm Reduction Ohio claims that OneOhio is covered by Ohio public records law and must release documents on how it spends money. Harm Reduction Ohio filed a records request to see the contract and payments made in OneOhio’s first big expenditure: hiring a lobbyist for up to $10,000 a month to do public relations for the board.

OneOhio claims it is not covered by public records law and its documents are secret unless the foundation voluntarily decides to provide them. It has declined to provide details on contracts and spending.

Legal briefs in the public records suit are not expected until the end of the year. 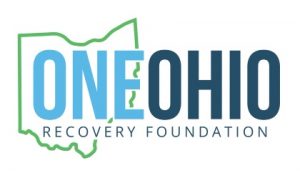 The OneOhio foundation will receive more than $500 million in opioid settlement money over the next 18 years. However, no settlement funds have yet arrived.

Additional opioid settlements from drug store chains, OxyContin maker Purdue Pharma and others are expected in the future. It is not clear if these settlements will flow through the OneOhio structure.

Under OneOhio agreement, 30% of settlement money goes directly to counties, municipalities and townships — but not to health departments or mental health boards. Another 15% goes directly to the state of Ohio, mostly to pay lawyers, The other 55% goes to the newly created OneOhio Recovery Foundation.

The 19 regional members include:

The 10-state appointees are: 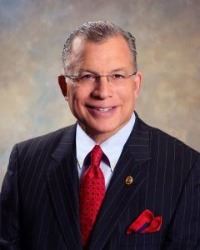 The chairperson of the OneOhio board is Ashtabula County Commissioner Kathryn Whittington. The vice chair is Zanesville Mayor Don Mason.

The 29-member board has one Black member: a recently retired Cincinnati vice mayor, who was appointed by Gov. Mike DeWine. The board has no members who are Hispanic, Asian, LGBT or lost a loved one to opioids.

Harm Reduction Ohio is a non-profit service and advocacy group based in Granville, Ohio. As part of the state’s Project DAWN (Deaths Avoided With Naloxone) effort, Harm Reduction Ohio is the state’s largest distributor of naloxone, the overdose-reversing. In 2022, the organization will distribute about 40,000 naloxone kits statewide and reverse several thousand overdoses.

Harm Reduction Ohio is suing to make sure the opioid settlement money is spent properly and that people who use/d drugs and families who’ve lost loved ones are involved in decision-making,

“OneOhio believes that putting government money is in a shell foundation will let politically connected insiders spend a half billion dollars in secret,” said Harm Reduction Ohio President Dennis Cauchon, a former newspaper reporter. “We don’t believe this maneuver lets OneOhio avoid the law and the plain language of the OneOhio agreement.”

OneOhio should consider this a friendly law suit, Cauchon said. “They will do a better job if they’re open about what they do and involve the impacted population. We’re friends of the OneOhio opioid settlement.” 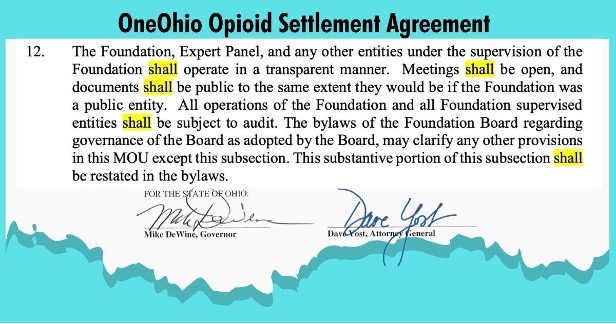 The OneOhio opioid settlement agreement, signed by governor and Attorney General and approved by 2,000 local governments, says open meetings and public records laws will be followed.