The Ohio Department of Health (ODH) reported today that new cases of HIV and Hepatitis C caused by injected drug use are increasing statewide at fast pace. Both diseases are potentially life-threatening and costly to treat.

ODH’s Health Alert said: “There is cause for concern due to the current opioid epidemic, unrecognized drug use in individuals, the rate of hepatitis C virus (HCV) infections, unsafe needle-sharing practices, and the introduction of fentanyl (both pharmaceutical and illicit synthetic) into the local drug supply. The latter of which often leads to more frequent injection. PWIDs may be unfamiliar with their increased risk for acquisition and transmission of HIV and HCV infections though unsafe needle and equipment sharing practices.” 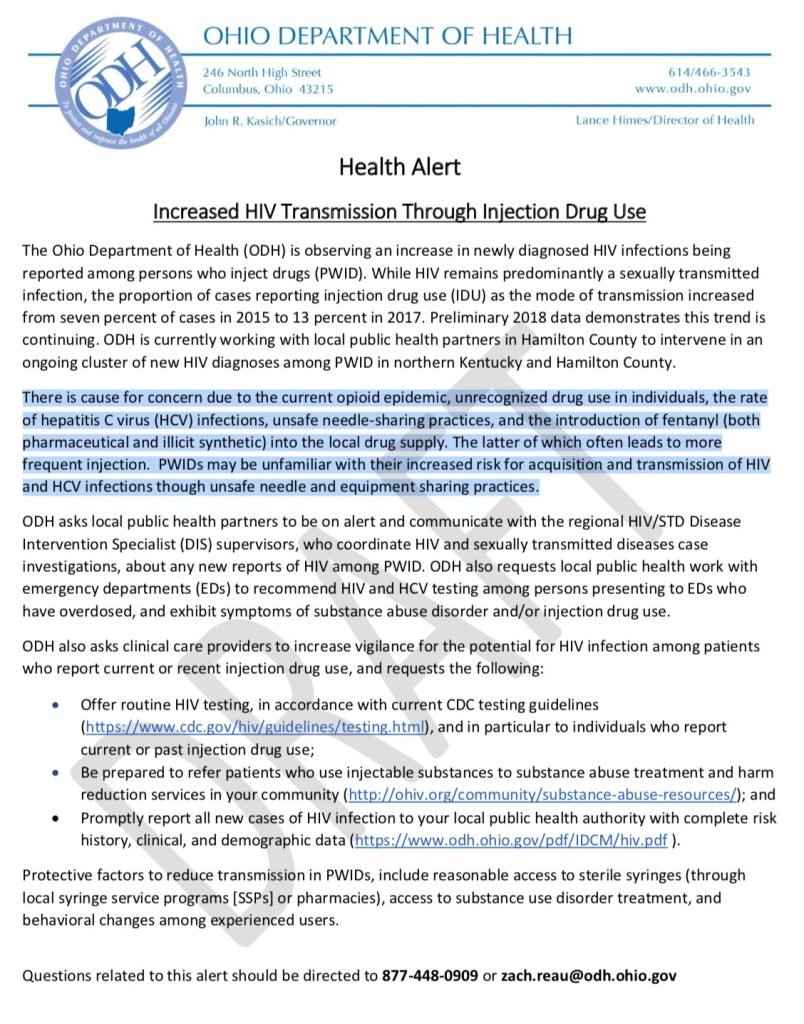 The report further supports the need to expand syringe exchange programs in Ohio. These programs supply sterile needles and syringes in exchange for used ones and are among the most health-beneficial and cost-effective public health interventions, the Centers for Disease Control and Prevention reports.

The legislature authorized syringe programs in 2015 and 19 of Ohio’s 88 counties have approved programs. In July, ODH Director Lance Himes requested this year that it be allowed to use federal HIV prevention to financially support syringe programs, and the CDC quickly approved the request.

Harm Reduction Ohio and Equitas Health have proposed starting a syringe exchange program in Licking County, just east of Columbus. If approved, the county would be the state’s 20th county to act to limit the spread of HIV and hepatitis C by the sharing of used needles. 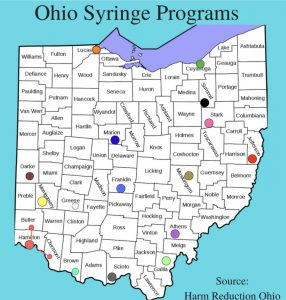 “Protective factors to reduce transmission in PWIDs, include reasonable access to sterile syringes (through local syringe service programs [SSPs] or pharmacies), access to substance use disorder treatment, and behavioral changes among experienced users,” said ODH on its health alert.

ODH is investigating a worrisome cluster of new HIV cases in the Cincinnati area. ODH has asked local health providers and health departments to be on the alert for new cases, especially when interacting with people who inject drugs, and to recommend people treated for overdose in emergency rooms be tested for HIV and hepatitis.