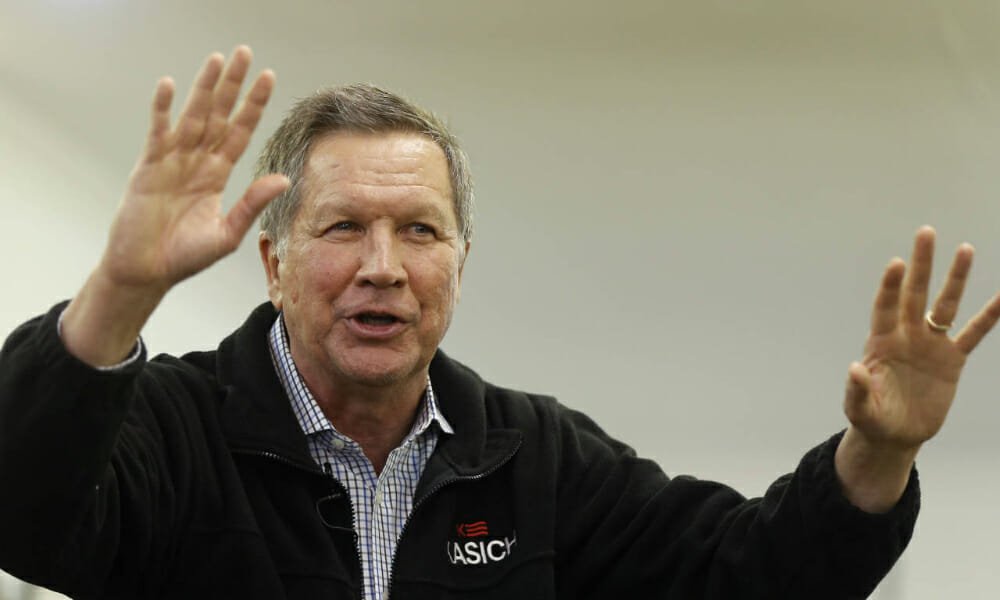 The Ohio Department of Health (ODH) is blocking local governments from getting federal money to help pay for their syringe exchange programs, a sometimes controversial but effective public health tool that reduces overdose death and the spread of HIV and hepatitis.

Without telling local health authorities, the Kasich administration has deployed  a bureaucratic tactic to invisibly thwart local governments from getting federal funds: ODH is withholding the form that needs to be filed with the Centers for Disease Control to make federal money available to the state’s dozen or so programs.

The form — called a “Notice of Determination” — is completed but has languished on ODH director Lance Himes’ desk — unsigned and unsent — since April.  With the grant funding cycle about to start, the state’s syringe programs are about to be left out in the cold again by an administration that’s never  been a fan of harm reduction or “needle exchange.”

Attorney Lance Himes, director of the Ohio Department of Health

In reality, the latest delay is just more of the “death by inaction” strategy underway for nearly three years. Since late 2015 when Congress voted to let federal funds help syringe programs, the Kasich administration has ben slow-walking — “no-walking,” really —  the paperwork to block funding.

In the first two years. ODH refused to prepare the required “Notice of Determination,” saying it didn’t want existing grant money to be diverted to syringe programs. But this year, the federal grant is getting bigger, making entirely new money available to help syringe programs.

The ODH staff completed the Notice of Determination for the CDC and sent it up the chain of command to, eventually, ODH director Himes’ desk…where it’s been gathering dust since April.

The practical effect of the current delay is that, if the form isn’t filed shortly, Ohio’s syringe programs will miss getting federal money yet again, this time for 2019.

The total amount being blocked isn’t huge — a few million dollars a year. But the money would go a long way towards putting Ohio’s financially struggling syringe programs on solid ground.

Ohio currently has 13 syringe programs operating at 21 locations. More than a half dozen other counties are looking at starting syringe programs, too. But paying for the public health programs can be a challenge.

The rural Gallia County syringe exchange program scrapes by on $5,000 a year in private donations. Even Columbus’ program, Safe Point, may soon close for lack of money to cover its $450,000 budget.

Federal funds can make a big difference. Federal money can’t be spent to buy syringes or needles, but the money can cover other costs, such personnel, HIV testing and other parts of the  programs. 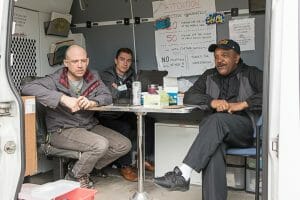 The HIV Prevention and Surveillance grant, which is the primary source of syringe program money, runs in five-year cycles. The new cycle starts this year (with money essentially used in 2019). Ohio will get about $1 million annually in additional money for the next five years, the CDC tells me. (Here’s the federal funding announcement. The funding page shows Ohio will get $7.2 million to $8.0 million annually when the amount is finalized on July 31.)

This amount — about $7.6 million per year — is a significant increase over the $6.5 million annually that Ohio got in the last five years.

To be blunt, it would be irresponsible for Ohio to spend none of this money on syringe exchange during an overdose death epidemic, even before counting the devastation to intravenous drug users caused by (preventable) cases of HIV and hepatitis C. 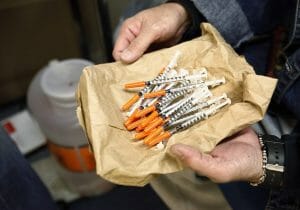 Syringe exchanges have one of the best returns of any public health investment — $7.58 for every $1 spent, according to the CDC. Preventing HIV, hepatitis and drug overdoses are crucial health measures and save massive amounts of money and treatment.

Syringe exchanges in Ohio should get access to several million dollars of this federal money starting January 1, 2019. The Ohio Department of Health’s refusal to support this would be nothing short of reckless, irresponsible and ignorant. There is no other way to put it.

The ODH staff completed the Notice of Determination to confirm epidemiologically that the money would be well spent on syringe programs because HIV rates are high (and growing) among intravenous drug users.

Now the paperwork, ready since April, sits on the director’s desk, waiting for a signature and postage stamp. Himes, a lawyer appointed as director in June 2017, hasn’t said publicly why he hasn’t approved the paperwork.

I could find no recent public comments from Kasich on the issue, although he’s long been opposed to syringe exchange and federal funding of it in the past. However, he did not veto a law making them easier to establish when that was part of the 2015 state budget bill.

Harm Reduction Ohio filed a public records request Friday to see if documents can break the veil of secrecy surrounding the roadblock.

What do Ohio’s syringe programs think? 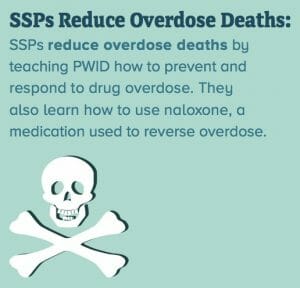 The state’s 13 syringe programs haven’t been consulted on the state’s refusal to let them tap federal HIV Prevention funds for syringe programs. Harm Reduction Ohio talked to six programs, all of which want federal help. They were surprised to learn that the director of the Ohio Department of Health was the roadblock to federal funds.

Is the state abusing its power as federal money gatekeeper by blocking local governments from getting funds for local syringe programs?

After all, the state has no involvement in the programs. It contributes no money, nor does it provide state matching funds for the federal HIV Prevention grant.

It doesn’t seem unreasonable to describe what’s happening this way, in everyday language: The state is screwing local governments in Ohio by (a) blocking access to federal money for local syringe exchange programs and (b) making things worse by failing to be honest or straightforward about what it’s doing behind the scenes.

It is not a pretty sight, this political game-playing with public health policy. After all, in its $635 million budget justification to state legislators, the Ohio Department of Health oh-so sincerely declares: “ODH fulfills its mission through collaborative relationships in the public and private sectors, including with Ohio’s 118 local health jurisdictions.”