The Licking County Board of Health voted 0-8 Tuesday night to block Harm Reduction Ohio (HRO) and Equitas Health from opening a syringe access program to provide sterile syringes and needles to people who inject drugs in Newark, Ohio.

Licking County is a Columbus suburb

Board members rushed through a quick, unannounced vote — without discussion — immediately following a closed executive session that board claimed had been called only to discuss discipline of an employee. Board member Gary Wood, 70, of St. Louisville immediately made a motion to ban all syringe programs, whether mobile or at a fixed site, including those run by private organizations such as Harm Reduction Ohio. Board member Mary Billy, a nurse and wife of former county Sheriff Gerry Billy, seconded the motion.

The eight board members present voted unanimously to ban syringe programs in the county of 174,500 and its estimated 1,500 people who inject illegal drugs. Board members Patrick Scarpitti, a family doctor, and Newton Township fire chief Jim Glover were not present.

“It’s shocking that the board followed ignorance and stigma, rather than the scientific evidence and the recommendation of its own health commissioner,” said Harm Reduction Ohio President Dennis Cauchon. “We fight the decision aggressively both because it was made illegally and, most importantly, because it harms the health people who use drugs.” 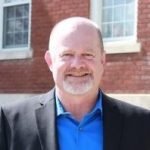 Syringe programs (sometimes called “needle exchanges”) dramatically reduce HIV, hepatitis and other infectious diseases among people who use drugs. Today, Ohio has syringe programs in19 of its 88 counties, additional counties are set to open later this year.  Syringe programs are one of the most cost-effective public health interventions and have been approved by the Ohio legislature and recommended by the Centers for Disease Control and the Ohio Department of Health. 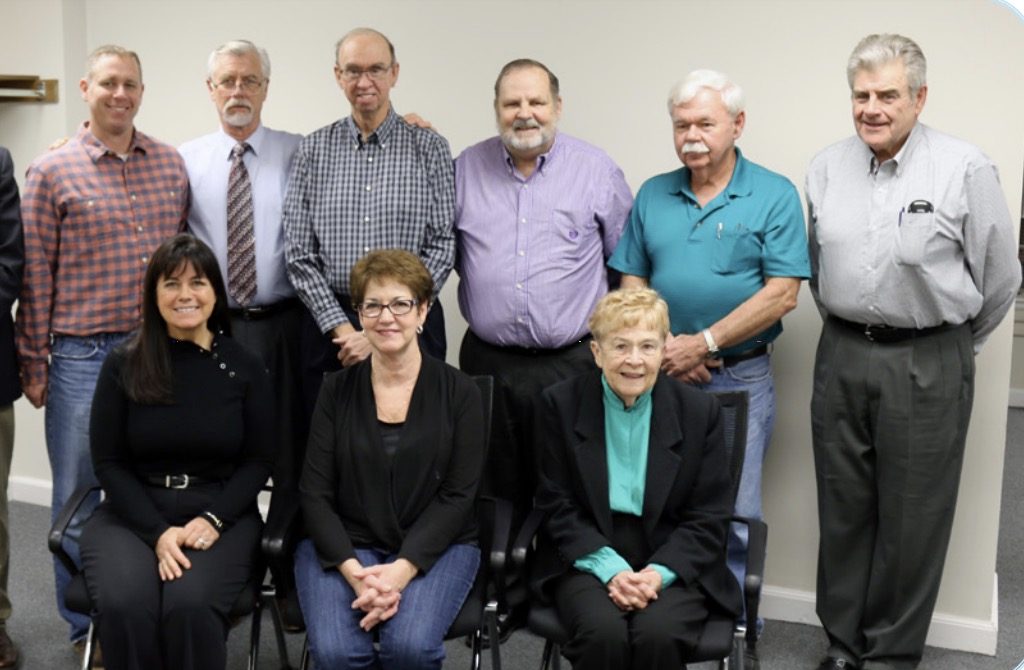 Licking County Board of Health

The Licking County Board of Health vote was taken last night, without public notice or public comment. The issue  was not on the public agenda or on an agenda revised at the start of the meeting to reflect all subjects to be covered.

The Newark Advocate, the local newspaper, had covered the issue extensively and editorialized in favor of a syringe program but was not notified that a vote was planned.

Harm Reduction Ohio, which made the syringe program request, was not notified or consulted. HRO’s syringe program advocacy director Billy McCall actually attended the meeting — as he has every meeting for many months. He spoke during public comment to briefly update the Board of Health on HRO’s efforts to build community support.  McCall left when public comment was over; board members asked no question and did not say a vote was planned. 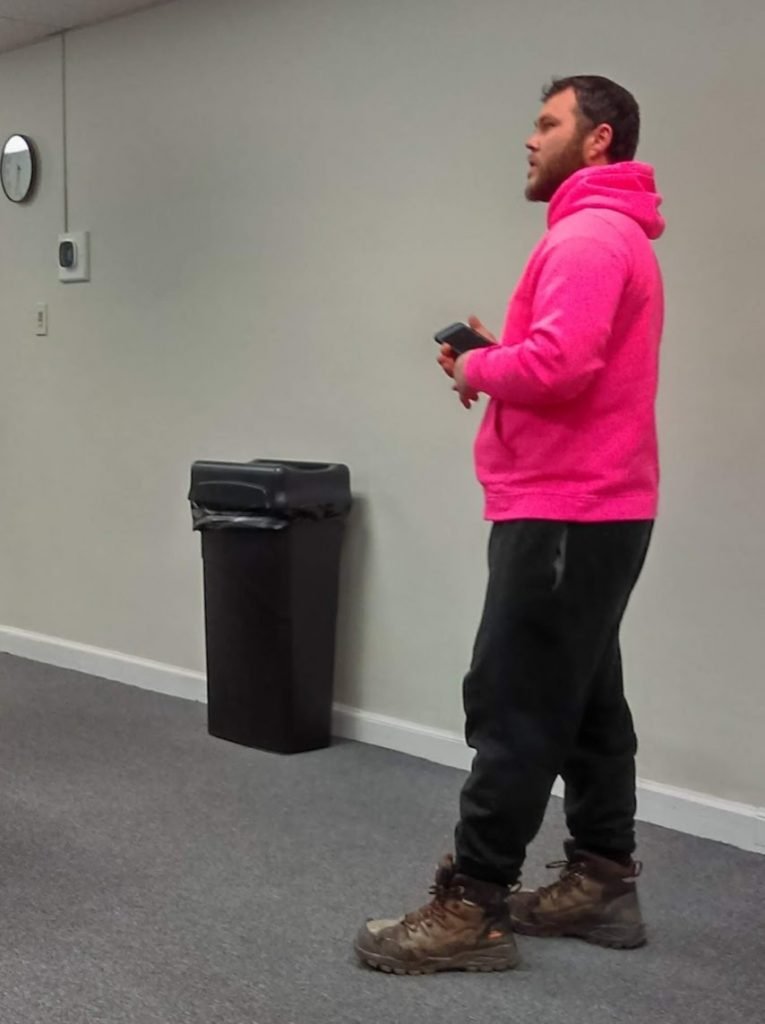 Billy McCall updates the Licking County Board of Health at its Tuesday meeting. Did board members tell him they planned to vote shortly after he left the room? You kid!

“I spoke for perhaps one minute,” said McCall, a former IV drug user who has worked hard to improve the health of the community of which he was once a member, “I updated them on what we were doing and said we hoped to be ready for a decision in three months.”

McCall has courteously updated board members throughout the processes to get approval, even sending them Christmas cards thanking them for listening and offering to meet personally with board members who had concerns or questions. No board contacted him.

“A unanimous board vote with no discussion shows board members had already talked among themselves privately and made a decision privately. This is a clear violation of Ohio open meetings law. It invalidates the vote,” said Cauchon, a former national reporter at USA TODAY. Ohio courts have ruled that a quickie vote held with no discussion on controversial or complex issues is prima facie evidence that a decision was made ahead of time, not in an open, public session as required by law.

“The secret vote is disrespectful and insulting to the many citizens who have worked hard on this proposal and those whose health depends on it. Supporters have been polite, open and honest at every step of the process. Our trust was misplaced. This is not how government is supposed to operate,” Cauchon said.

“The board trivialized the hard work and concerns of a vulnerable and stigmatized population. People who use drugs are not garbage. They are human beings who are dying in tragic numbers. They have a right to protect their health, and the Board of Health has an obligation not to harm the health of its citizens. The Board of Health’s job is to prevent the spread of HIV and Hepatitis C, no matter what they think of the group suffering these diseases.”

Ohio law: Does it need to move authority from syringe programs from local boards to Ohio Department of Health?

Under a 2015 Ohio law, local health boards must approve syringe programs in their territories, even those they do not required to operate syringe programs or financially support them.  Harm Reduction Ohio and Equitas Health of Columbus requested permission to open a syringe program. Thus, the Licking County Board of Health’s vote is aimed at preventing anyone, including non-profit health organizations, from legally providing sterile syringes to people who inject drugs.

“This secret vote is an example of how ignorance and stigma continue to influence Ohio’s response to the opioid problem,” Cauchon said. “Health departments should lead the fight against stigma, not promote it.” 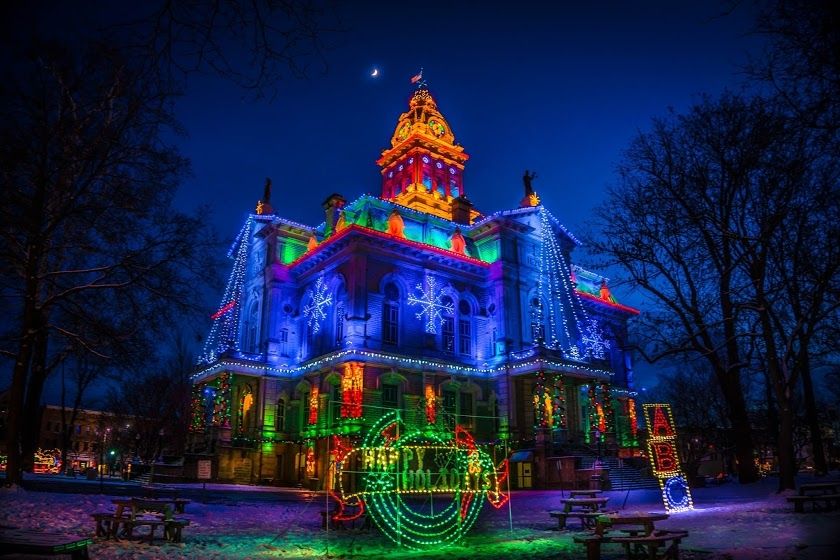 Licking County Courthouse, lit for Christmas. The county refused to let the building be lit for LGBTQ Pride Day.

Licking County Health Commissioner Joe Ebel (who has publicly stated he supports a syringe program) and Harm Reduction Ohio President Dennis Cauchon are members of the county’s harm reduction committee. The committee is chaired by the Rev. Jeff Gill.

Licking County, located 30 miles east of Columbus, has suffered increases in the types of health problems that syringe programs control. From 2016 to 2017, the spread of blood borne diseases rose significantly:

“We will seek to have a decision made, legally, with public input and based on the scientific evidence,” Cauchon said. “It’s important that this be just another blip on the way to health equity for people suffering and at risk of HIV and other diseases.”

Harm Reduction Ohio is a non-profit service and advocacy organization that supports drug policies based on science, health, compassion and human rights.