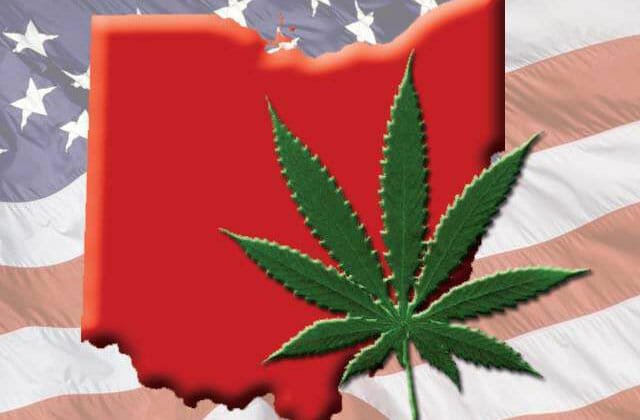 A proposed “Marijuana Rights and Regulations” constitutional amendment is moving forward in an effort to put marijuana legalization on the Ohio ballot in 2019.

Many challenges remain including actually gathering the 305,000+ voter signatures to get on the ballot. But the first hurdle of providing legally satisfactory language (plus 1,000 valid signatures) was cleared last week.

Ohio Attorney General Mike DeWine ruled May 11 that the summary of the amendment — i.e., the language to be provided to voters — accurately described the legalization proposal. DeWine had previously rejected the amendment’s summary language but approved it after revisions.

The “Marijuana Rights and Regulations” amendment now goes to the Ohio Ballot Board. This five-member board — headed by Secretary of State Jon Husted, who is running for lieutenant governor as DeWine’s Republican running mate — must certify that the amendment is about only one topic. A ballot board meeting has not yet been scheduled.

Ohio Families for Change is the group heading the ballot effort. The young group doesn’t have a web site, but it has a Facebook page here.

John Stone, a former restaurant owner and president of the Village Council in Utica, a small town about an hour outside of Columbus, is the most prominent public backer. John sold his restaurant in 2012 and moved to Clinton, Mich., in 2016 to work in cannabis industry, his LinkedIn profile says.

The committee trying to get on the ballot includes: Susan Stone (John’s wife), who still lives in Utica; Stephanie Rawlings of Upper Arlington; Thomas Jackson of Athens; and Paul Castle of Mount Vernon.

The campaign’s spokesman is Jonathan Varner, a veteran political consultant for Democrats, unions, progressive causes and, according to his firm’s web site, the pharmaceutical industry. Jonathan’s web site for his company, JVA Campaigns, is here.

Columbus lawyer Patrick M. Quinn is handling the legal paperwork to get on the ballot.

What the legalization amendment says

The “Marijuana Rights and Regulations” amendment takes a different approach from Ohio’s failed legalization amendment in 2015. That amendment would have given control of marijuana growing to ten companies involved in financing the legalization campaign. Voters rejected that proposal 36% to 64%.

The new ballot proposal requires that the Ohio legislature establish marijuana legalization laws consistent with the amendment within eight months of the amendment’s approval. The constitutional amendment would:

The full proposal can be read here.

Will legalization get on the ballot?

Ohio’s signature requirement is tough. It is based on the number of votes cast in the previous election for governor. The last election was a low turnout election, making for a relatively low number of signatures needed: 305,591. Still, few groups succeed in getting on the statewide ballot.

The cost of getting on the ballot is generally estimated at $1 million to $3 million. Paid signature collectors are usually needed, especially in rural counties. The high cost of ballot access was one reason the 2015 legalization effort was designed to benefit specific businesses: investors wanted to get reimbursed and profit from money spent to get on the ballot.

Another challenge: This year’s gubernatorial election is likely to generate a higher turnout than the 2014 election, in which Gov. John Kasich was re-elected to a second term. That would increase the number of signatures needed to get legalization on the ballot.

Despite these hurdles, a properly financed marijuana legalization ballot drive could get on the ballot in 2019 or 2020 and would have a good chance of passing. 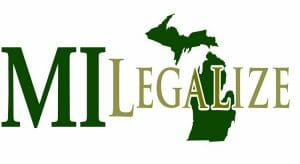 Michigan will vote in November on legalizing marijuana. The Michigan proposal would tax marijuana at a 10% rate, plus the state’s 6% sales tax, generating an estimated $100 million-plus annually.

If Michigan voters approve marijuana legalization, it would create nearby access to legal marijuana and put pressure on Ohio to follow suit. The political and moral pressure would be especially great in Ohio since loosening marijuana laws has been shown to sharply reduce drug overdose deaths. Ohio lost about 5,000 residents to drug overdoses in 2017.

For the health and welfare of Ohioans, it’s time to say, “Go Blue” in the state’s quest to “Go Green.”