Is marijuana safe from fentanyl? YES

Contamination of illegal pot is likely not even possible 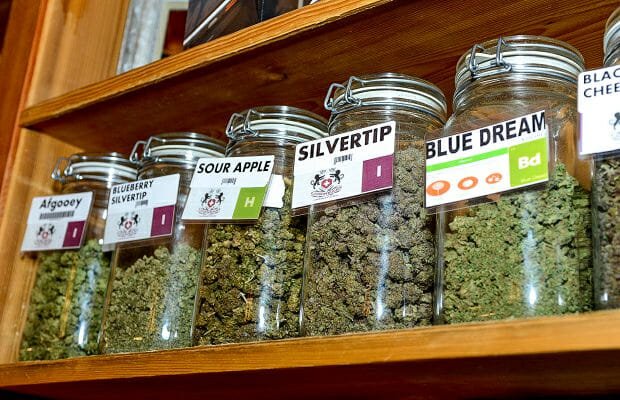 Fentanyl has widely contaminated all prohibited drugs in Ohio — except marijuana and mushrooms. The spread of fentanyl into cocaine, meth and other drugs has pushed Ohio’s overdose death toll to nearly 5,000 in 2017.

But what about cannabis?

Is Ohio’s most popular illegal drug free from fentanyl?

The answer is: yes, you can use marijuana without fear of fentanyl.

Reports of fentanyl-laced marijuana are frequent in Ohio and elsewhere. So far, they’ve all proven false — and probably always will.

One cautionary note: in theory, marijuana is almost impossible to contaminate with fentanyl, but there are clever chemists out there, so you never know with 100% certainty.  But it’s not happening now and there’s no evidence it’s ever happened before. 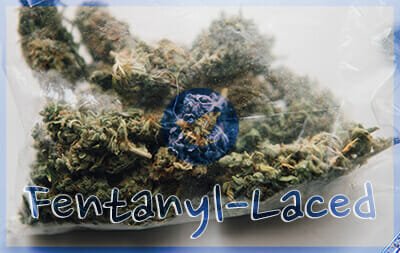 From web site of “Recovery First,” a rehab clinic that promotes the idea of fentanyl-laced marijuana.

Groups who make a living off marijuana prohibition — law enforcement, rehab entrepreneurs and so on — perpetuate the urban myth of fentanyl-laced. This photo from Recovery First, a for-profit rehab operation in Florida, is typical of the propaganda.

The possibility of fentanyl-laced marijuana is sort of real. So false claims — especially from public health officials who should know better — are extraordinarily dangerous and will undermine legitimate warnings if contaminated marijuana does occur.

But Ohio’s estimated 1.36 million Ohioans who use marijuana annually have no reason to fear. 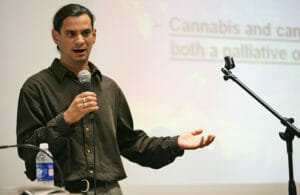 To check my fact, I asked Paul Armentano, deputy director of the National Organization for the Reform of Marijuana Laws (NORML), if he knew of any confirmed cases of fentanyl-laced marijuana. Paul has voluminous, up-to-date knowledge about marijuana because he handles news clippings and alerts sent to the public, the media and NORML members.

As you can imagine. few people know more and care more about preventing marijuana user deaths than NORML’s staff, who advocate full-time for cannabis users.

Paul’s response: “I’m not aware of any media reports of this nature that have ultimately been confirmed. Time and time again these reports go unsubstantiated or are eventually walked back for being false.”

High Times, the half-century-old magazine for cannabis consumers, made the same point in an August article, “The Truth Behind Reports of ‘Fentanyl-laced Pot.'” The magazine quoted DEA spokesperson Melvin Patterson admitting there were no confirmed reports of fentanyl in marijuana: “In regard to marijuana, I’m not familiar with that.”

And Snopes.com, the fact-checking/urban myth-busting site, has made this point, too:  “Nearly all reports of fentanyl-laced marijuana use are based on faulty reporting, and no evidence suggests that its occurrence is in any way rooted in reality.”

Even if marijuana was dusted with fentanyl, it likely wouldn’t kill a consumer because fentanyl burns up at a lower temperature than marijuana. So the the fire use to burn the plant and create marijuana smoke would like destroy fentanyl before it could be consumed. Marijuana is not like smoking most other drugs in which fumes are consumed. When you smoke cannabis, you actually consume smoke.

What if someone put fentanyl in an edible? Well, a fentanyl-laced marijuana brownie seems possible and fentanyl can be consumed orally, so the two cannabis and fentanyl could be mixed together to be eaten. But why? It’s a lot of work to combine two drugs that can easily be consumed separately. But it’s a big world and there are many variations of stupid. But…

The current safety of Ohio’s illegal marijuana supply from fentanyl is beyond dispute.

However, the state’s delay in legalizing medical or recreational marijuana has created a small public health risk that fentanyl-laced marijuana could happen. The fact that it hasn’t happened is known. In fact, if it had happened, the public health catastrophe would be obvious. Because few marijuana consumers would be aware of fentanyl’s presence or have the opioid tolerance to withstand an unexpected dose, the result would be many deaths quickly.

Fentanyl is a smuggler-friendly adulterant in the illegal drug supply. It is rarely the drug even heroin users want first. Illegal drug markets suffer enormous purity problems, just as alcohol did during Alcohol Prohibition, a policy that led to not just increased crime but also deaths, blindness, paralysis and other problems from contamination and impurities. 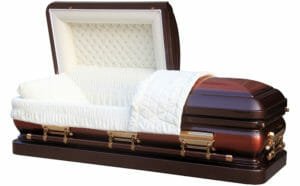 Drug prohibition has caused thousands of overdose deaths in Ohio.

Ohio’s marijuana supply is protected because most of the state’s marijuana is produced in the United States. Ohio’s fentanyl-contaminated drugs are mostly imported; fentanyl is a compact potency boost added to heroin, cocaine and meth to minimize the bulk of smuggled drugs. The imported drug supply chain — not just specific drugs — is contaminated, especially from Mexico.

A minority of marijuana used in the U.S. is imported from Mexico and elsewhere. However, most of the nation’s marijuana is grown in the United States. This has been especially true since states have legalized medical marijuana or marijuana altogether.

Fentanyl-laced marijuana in Colorado is no more of a threat than fentanyl-laced Coca Cola. The threat of fentanyl in cannabis is entirely a function of  impurities that occur when products must be supplied in illegal underground markets.

The public health case for legalizing marijuana — to ensure consumers know what they’re getting — is a reality, not an urban myth.