Adult marijuana use soars in Ohio, likely to highest level ever 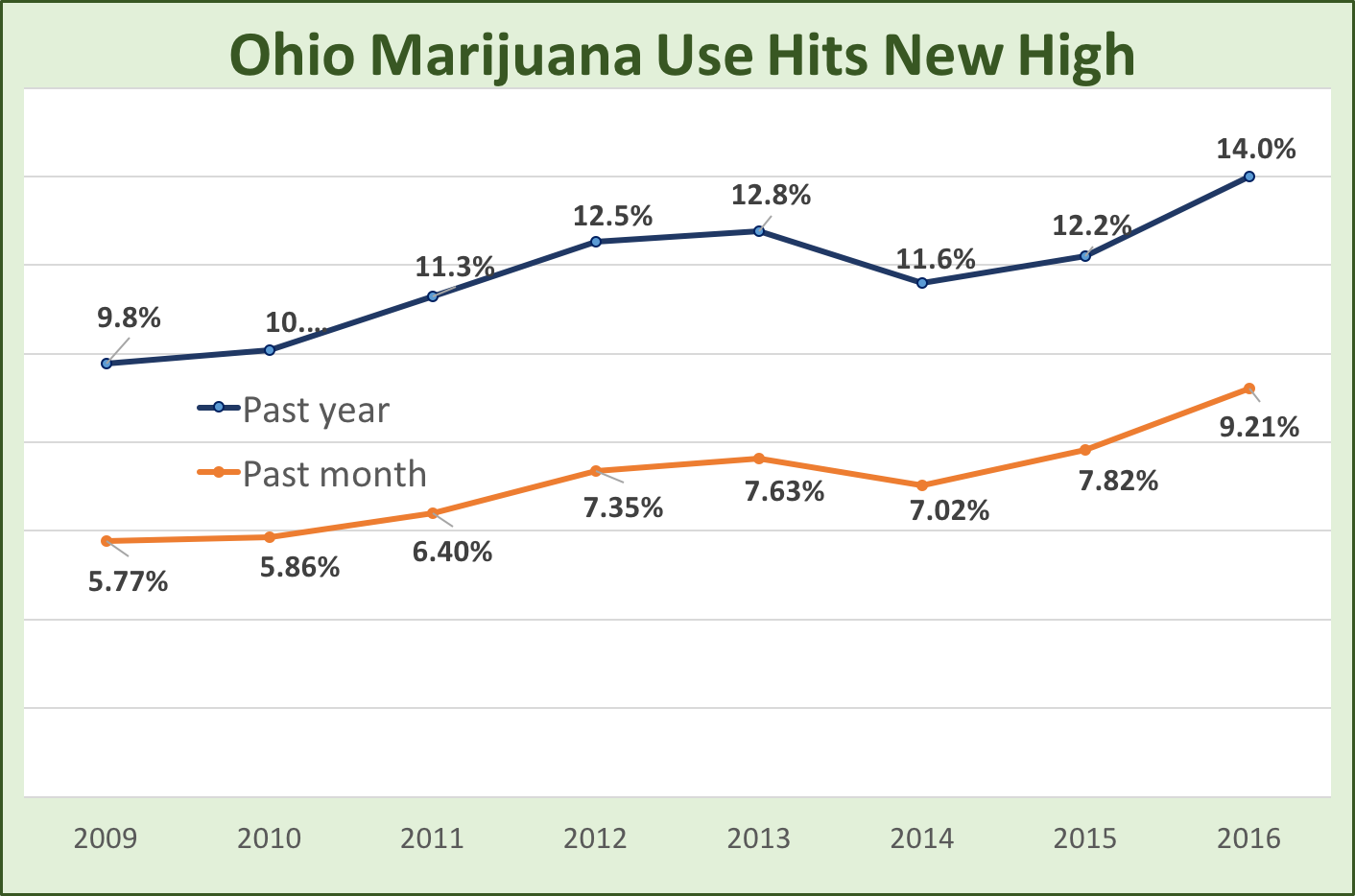 Adult marijuana use in Ohio soared to what is likely a record level in 2015-16, according to a new federal report issued quietly this week.

Ohio residents, 18 and older; National Survey on Drug Use and Health

Today’s cannabis popularity is a grown-up thing, with gray-haired adults driving the trend.

A detailed age breakdown for Ohio in the 2015-16 survey are not available but results from the survey’s national data show that people 50 and older are driving much of the increased use.

The survey doesn’t ask why people smoke marijuana, so it’s unclear how much of the additional cannabis use is recreational and how much is medicinal.

The introduction of fentanyl into Ohio’s illegal drug supply could be causing a move to marijuana’s safety: Virtually all Ohio marijuana is grown in-state or imported from legal marijuana states, ensuring that cannabis is fentanyl-free.

The raw data for state level estimates is here.