The increase in fentanyl adulteration in meth — rather than an increase in use — appears to be what’s driving overdose death. (See new study on this.) 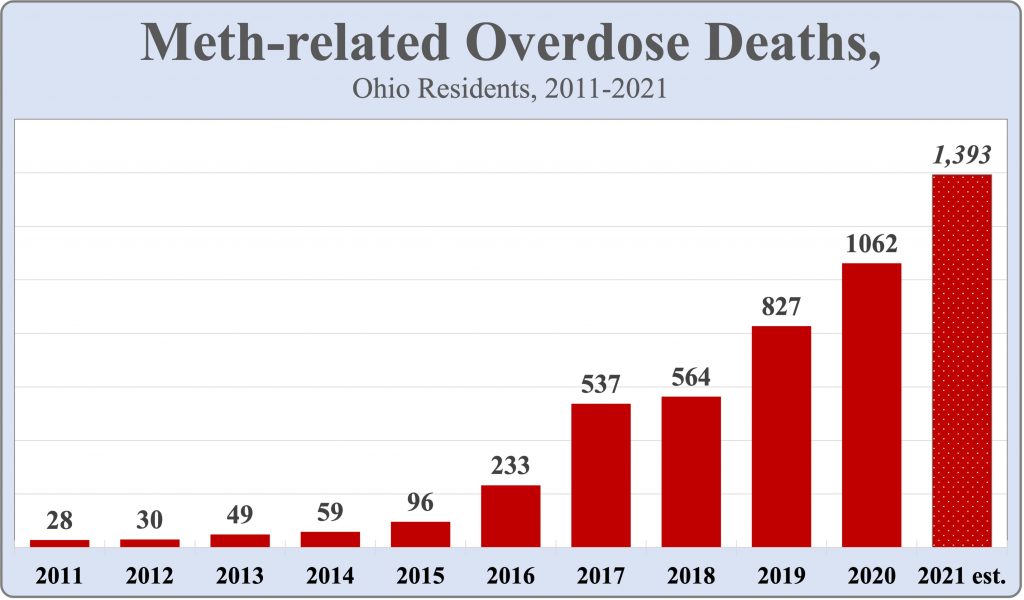 The numbers in this chart are from the Ohio Department of Health mortality data. The 2011-2020 are final numbers. The 2021 number is a Harm Reduction Ohio estimate based on the 87% of data reported through February 3, 2022.

Only about 5% of meth has fentanyl or a fentanyl analog in it, according to a Harm Reduction Ohio analysis of law enforcement seizure data. However, nearly 80% of meth-related overdose deaths involve fentanyl. 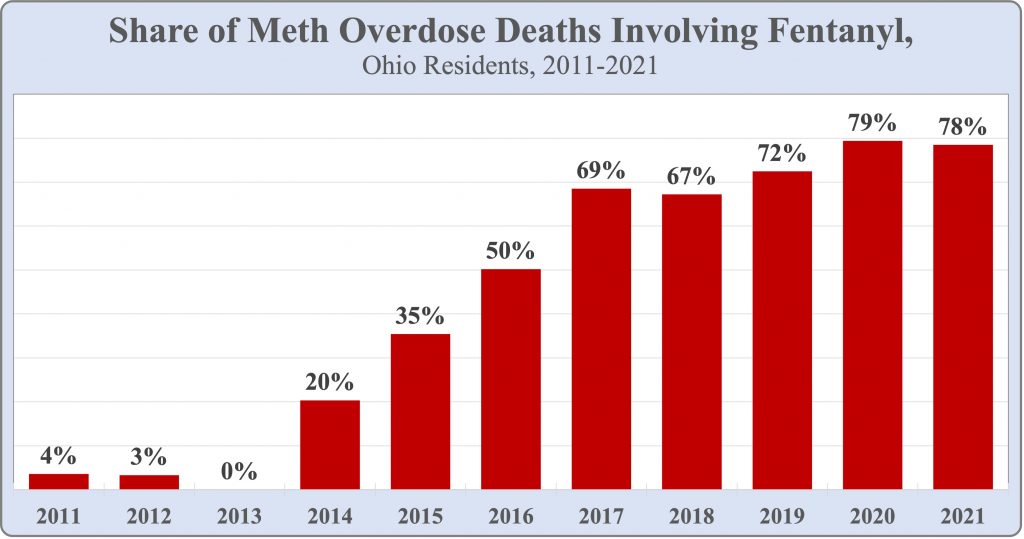 In other words, a relative small amount of fentanyl-adulterated meth is killing a lot of people.

This article in the academic journal Drug and Alcohol Dependence provides an in-depth look at the phenomenon. 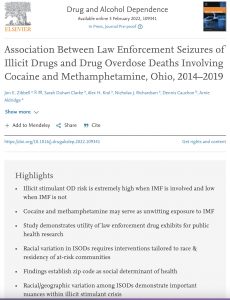 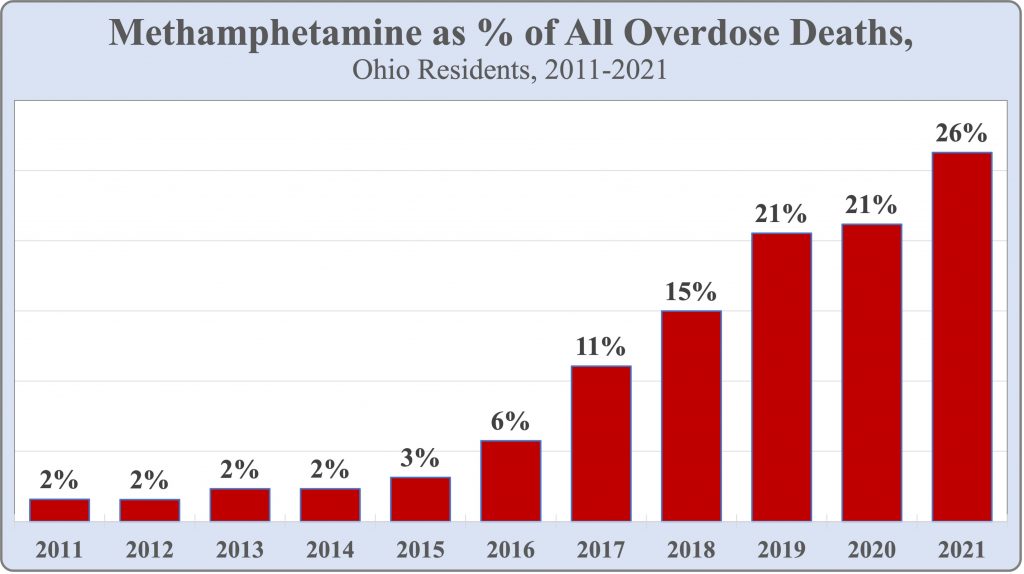 It’s time to stop thinking of the overdose epidemic as an “opioid crisis.” Our problem is an adulterated drug supply caused by the drug war and drug prohibition. Yes, people who use meth (or cocaine or benzos) should carry Narcan. Order here for free from Harm Reduction Ohio. (Note: Marijuana is free from fentanyl contamination, not matter what you hear.)

Narcan will prevent some deaths from the catastrophic policy error of the drug war. But to end preventable death on this scale — 5,300 overdose deaths in Ohio in 2021 and likely 100,000+ nationwide —  we must  fix the underlying problem: the drug war has made the drug supply dangerous and deadly. Meth can cause an array of problems. Death of 1,400 Ohio residents should not be one of them.