Ohio zip codes with the most overdose deaths among Black residents 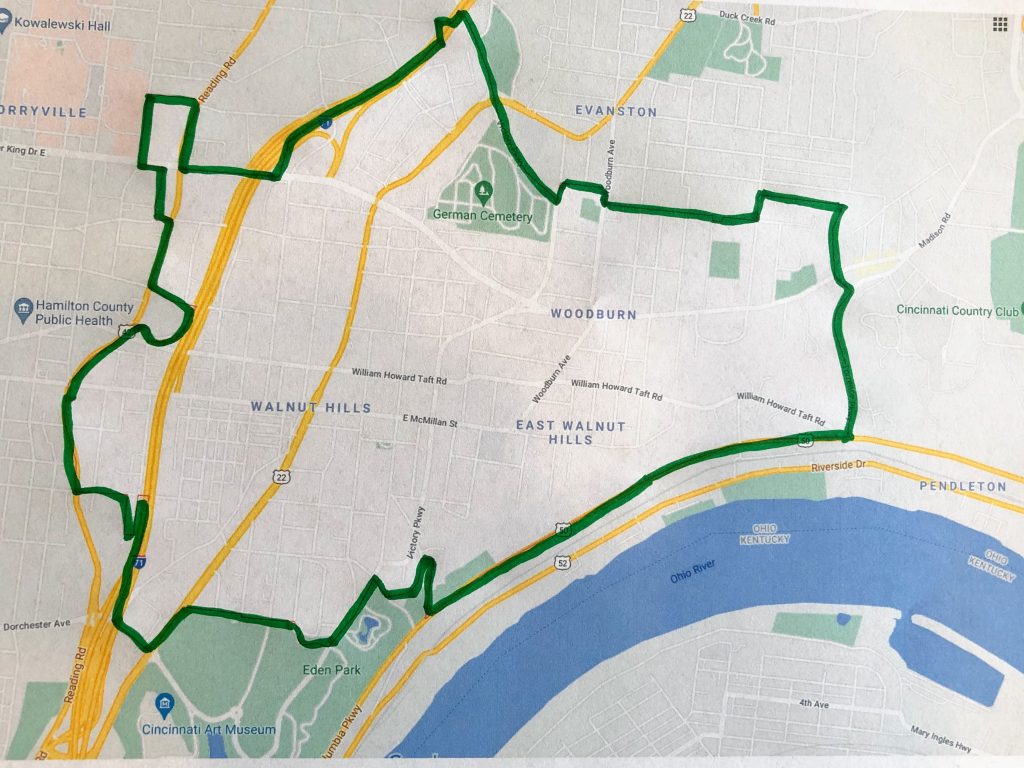 The first chart shows the zip codes where overdose dates rates were highest among Black residents from January 2018 through October 2020. The rates are overdose death per 100,000 Black residents. For privacy reasons, only results from zip codes in which 10 or more deaths occurred are allowed to be published using mortality data collected by the Ohio Department of Health.

The map above shows the Cincinnati zip code that had the highest overdose death rate for African Americans.

Under the chart of overdose death rates, we publish a second chart showing the 25 zip codes that the the highest death counts — that is, the most deaths, regardless of rate and population size — among Ohio’s 1,300 zip codes.

Again, thanks to Orman Hall, an executive in residence for Ohio University’s College of Health Sciences and Professions and an analyst with the Centers for Disease Control and Prevention Foundation, for doing this zip code level report at the request of Harm Reduction Ohio. Hall is a former drug policy advisor to Gov. John Kasich and a former executive director of the Fairfield County Alcohol, Drug Addiction and Mental Health (ADAMH) Board. 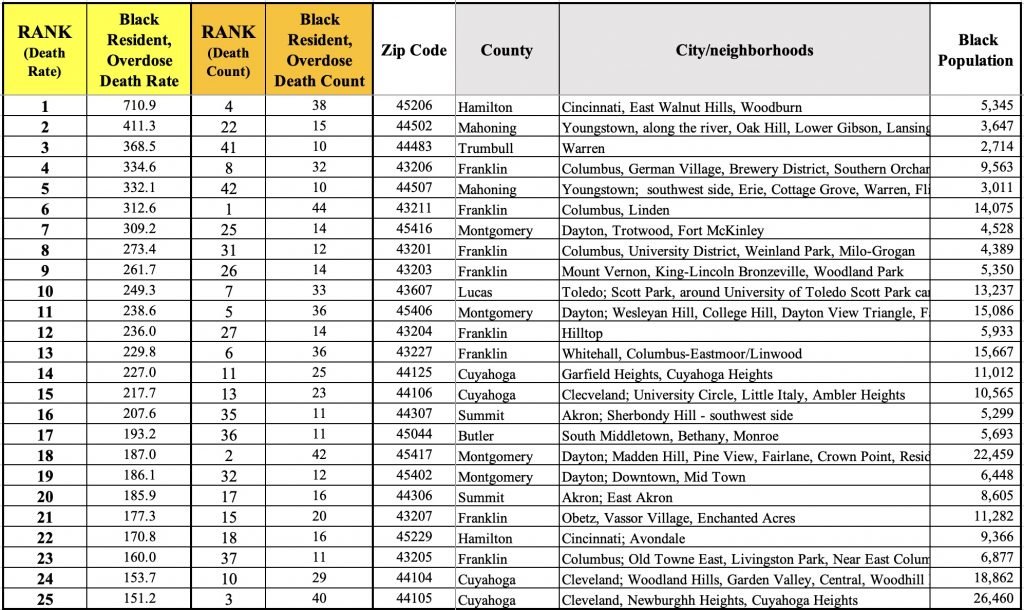 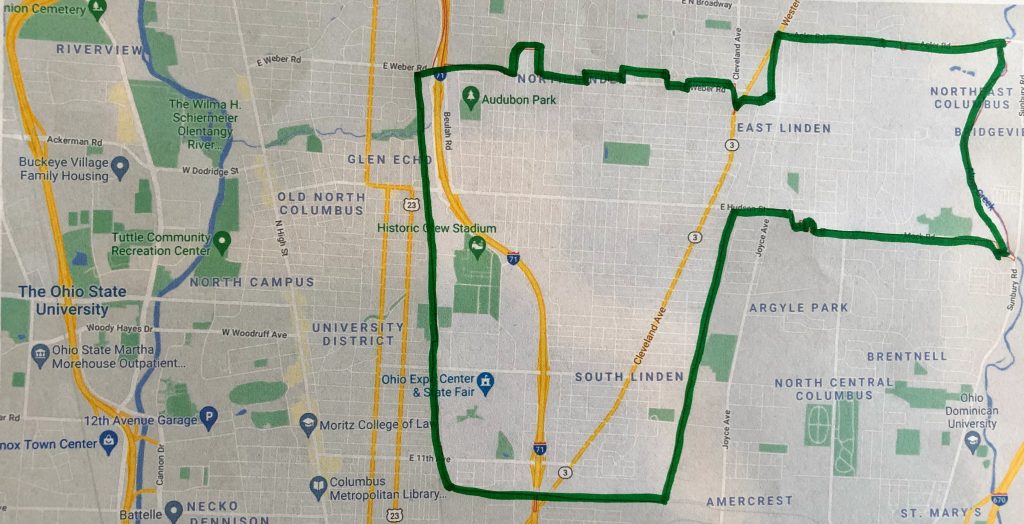 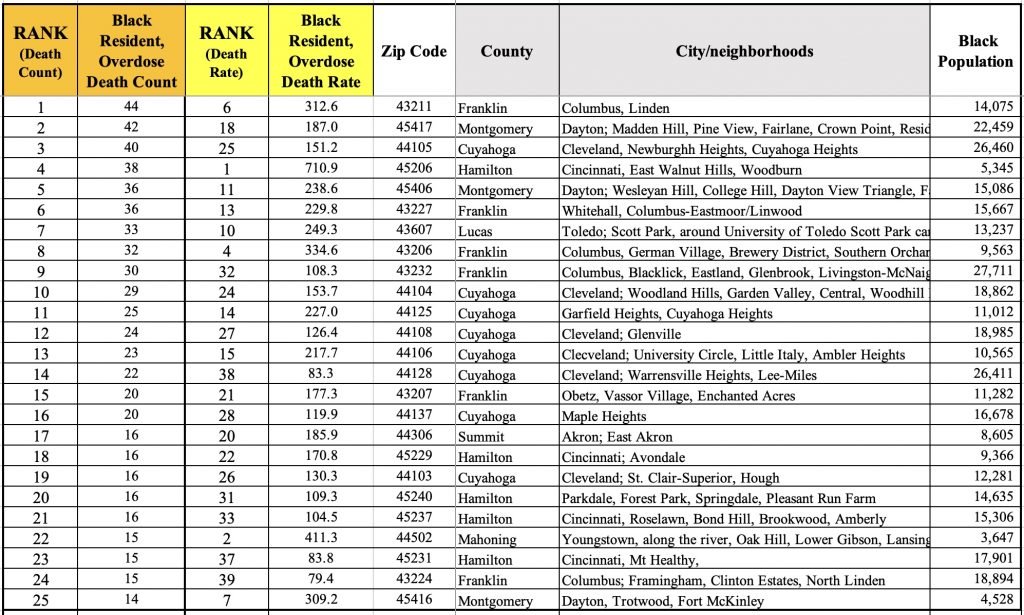 Zip codes with the most deaths of Black Ohio residents from January 2018 through October 2020.