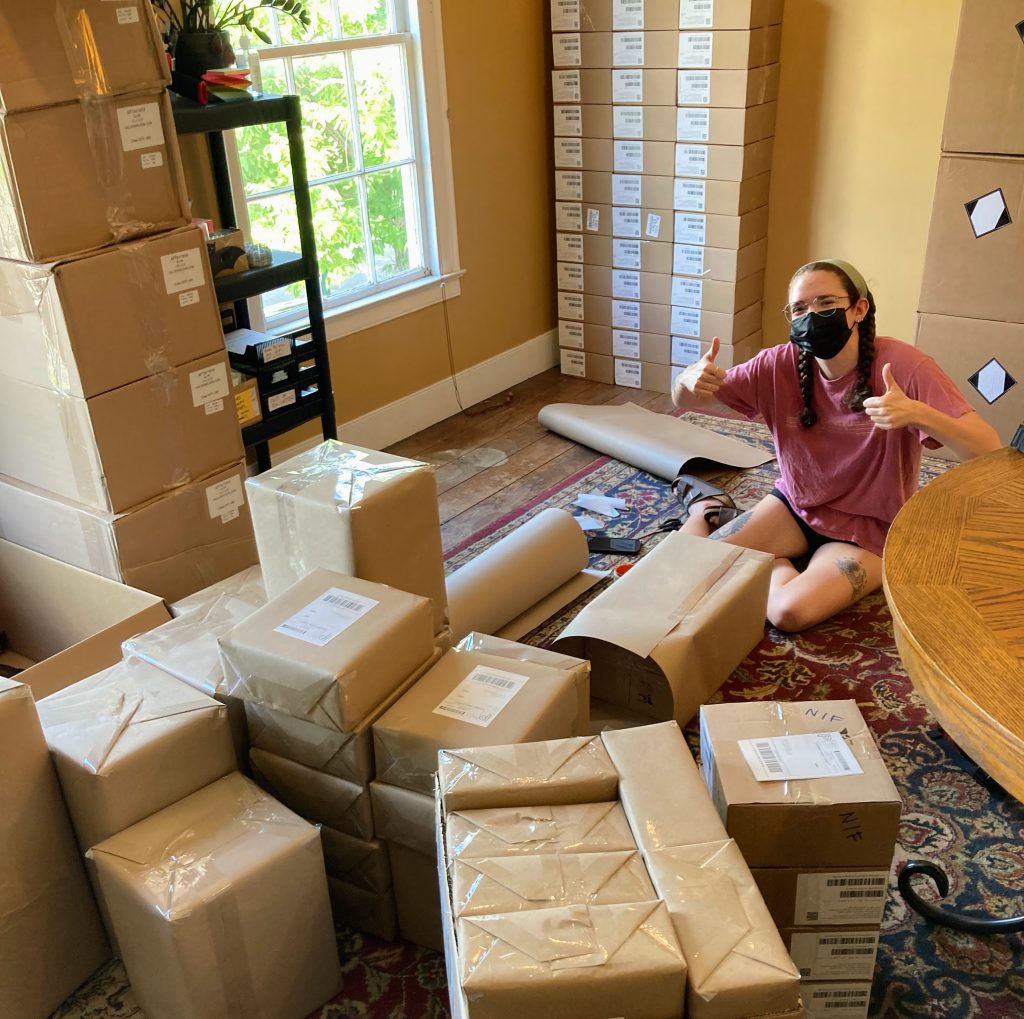 The state of Ohio provided 82,035 naloxone kits to 148 organizations, including local governments, in the first six months of 2022.

The volume is a 17% decline from the same period in 2021, when the state made a big push to distribute the overdose-reversing drug in response to a surge in overdose deaths that occurred early in the covid pandemic,. However, the naloxone volume is significantly higher than in years excluding the 2021 surge. 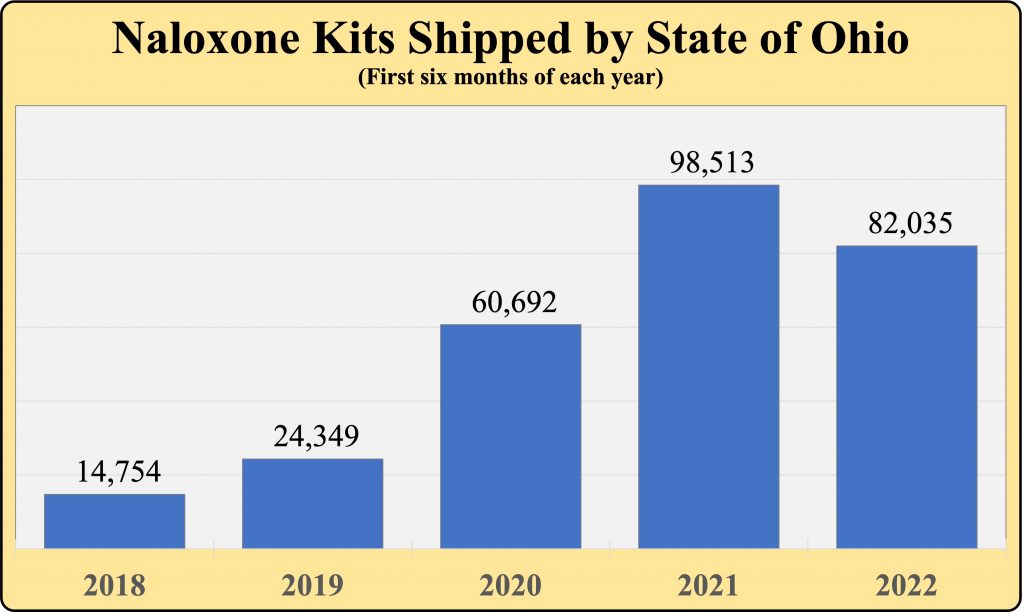 The total naloxone provided in the second half of 2022 is likely to be higher than what was provided in the first half because the state is making a modest naloxone push to coincide with International Overdose Awareness Day on August 31. .

The Ohio Department of Mental Health and Addiction Services central pharmacy supplies the majority of naloxone in the state, including to Ohio Department of Health’s Project DAWN (Deaths Avoided with Naloxone) programs and other local distribution efforts. Most naloxone shipped by the state is Narcan nasal spray . The bulk is paid for with federal State Opioid Response grant funds.

Harm Reduction Ohio (HRO) received the most kits: 12,400, or 15.1% of the state’s total in the first half of 2022. Harm Reduction Ohio is the state’s largest Project DAWN program and one of the largest naloxone providers in the United States.  HRO distributes naloxone through its staff, a network of 300 volunteer lay distributors and an online ordering service.

In addition to what’s provided by the state, HRO also receives naloxone from DirectRelief, naloxone manufacturers and the Harm Reduction Buyers Club (now the Remedy Alliance).

How much did your local organizations get? 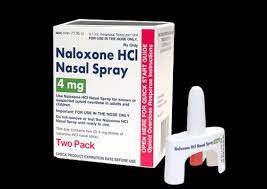 The following list shows how much naloxone the state shipped to 148 organizations from January 1 to June 30, 2022. Remember, this chart shows the volume of naloxone shipped. The amount of naloxone furnished to individuals during this time period will differ somewhat because it takes time to get naloxone to individuals and naloxone distributors have inventory from previous periods.