Ohio doesn’t have a drug use problem 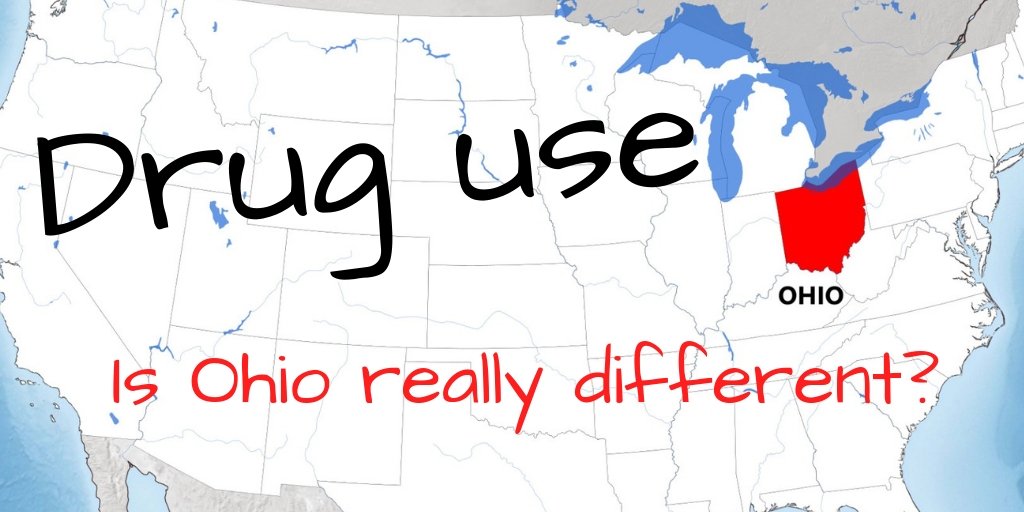 In every respect, Ohio’s drug use and access to treatment is average, in the middle of the pack among the 50 states. What isn’t average is the level of death that has befallen our state and its illicit drug users. We ranked No. 2 in the nation for overdose death in 2017, our rate more than double the national average.

When Ohio residents use drugs at an average rate, typical of people elsewhere, but die at catastrophic rates, what could the problem be? The answer is unavoidable: Ohio’s drug policy has turned average risk into horrific results. Politicians relentlessly on blaming use and users for their own deaths, but the attention should be on the political class itself for disastrous policy errors, well-intentioned or not.

It’s doubtful you’ve ever heard the claim that drug use is not a problem in Ohio. Unauthorized drug use occurs here, of course, but it’s not the problem. If anything, Ohioans unexceptional rate of use should protect us against crazy-high overdose death rates.

If you’re skeptical of my claim, let’s look at the latest National Survey on Drug Use and Health, which just released state-level data on drug use across the United States. This is the federal government’s preeminent drug use survey and can be found here.

The results given here are from 2016-17 (the government combines years for greater sample size), but the latest results are similar to those of many years in this old survey, which dates back to 1971. Policies should be based on facts and evidence, and it is an indisputable fact that Ohio does not have levels of drug use, drug abuse or an inability to obtain treatment that explain the level of overdose death that has occurred here.

How Ohioans use drugs

What follows are all the numbers published by the federal Substance Abuse and Mental Health Services Administration, which oversees the report. I am not picking and choosing data.

Where does Ohio rank in overall drug use among the 50 states and the District of Columbia? Spend some time with the numbers. Come to your own conclusion about the level of drug use in Ohio. 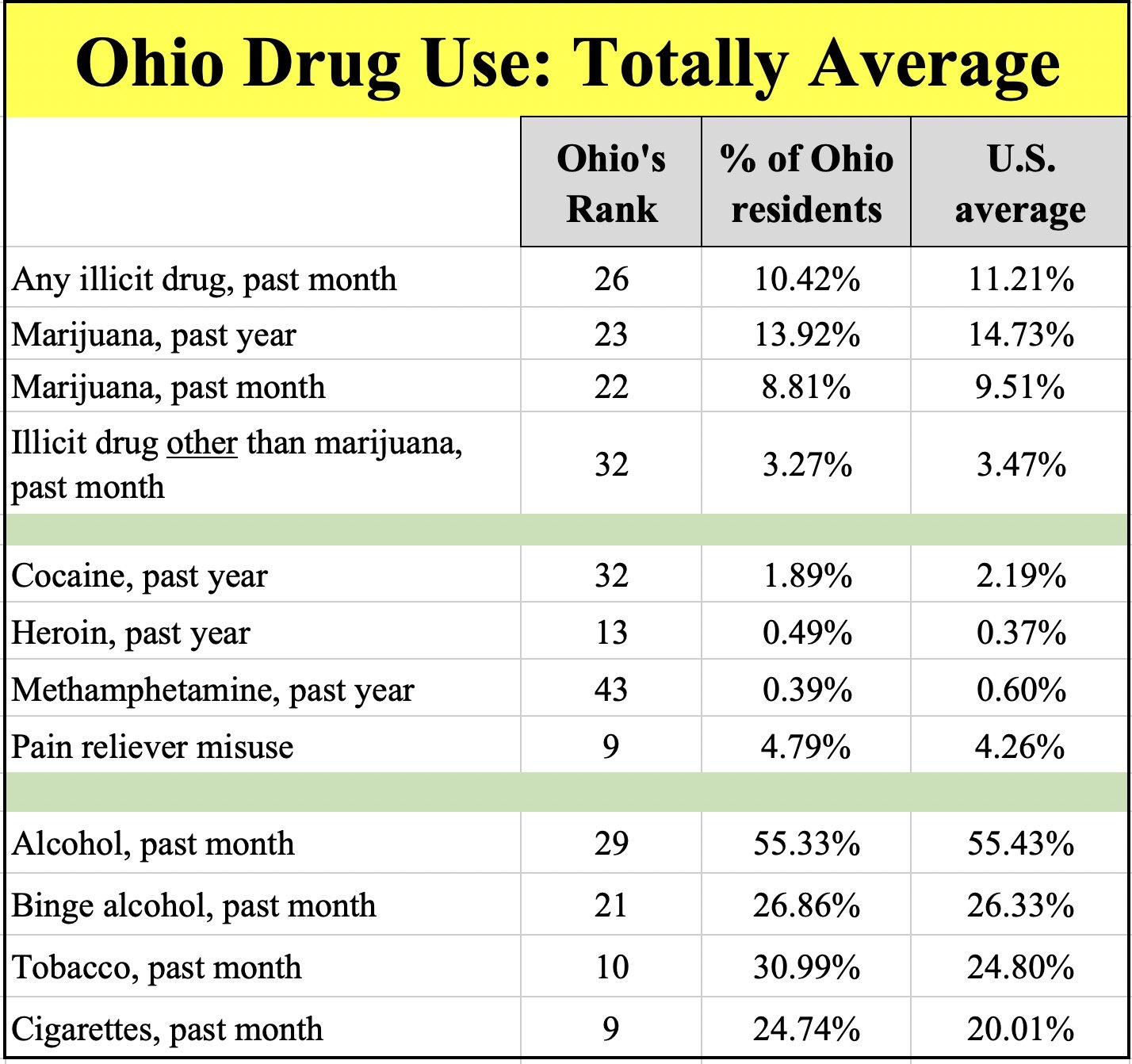 One anomaly in Ohio’s middle of the pack status may stand out. We rank 13th in heroin use and ninth in using pain relievers with a doctor’s prescription. That’s higher than the national average. Indeed, Ohioans use heroin — the drug involved in most overdose deaths, even when fentanyl is substituted for actual heroin — at a rate one-third higher than the national average.

More problem drug use in Ohio?

The evidence doesn’t support the hypothesis.

We’re a little above average in our level of drug use disorders but not enough to explain our overdose death rate.

What about a problem getting access to treatment? That certainly is a problem in Ohio, but it’s a problem in other states as well. Imagining difficulty getting treatment only exists here or is worse than elsewhere isn’t supported by the evidence: that is, asking tens of thousands of people if they had trouble getting into treatment and comparing those levels across the country.

Tragedy: When Ohio is not average

Last year, 4,854 Ohio residents died from accidental drug poisoning, the official term for an unintended drug overdose. We ranked second in the nation.

Centers for Disease Control and Prevention

Something happened in Ohio that put us on a path to mass death — and it wasn’t wild and irresponsible drug use by your fellow residents.

I ask you to consider this profound and difficult question: What did we do wrong? What Ohio policies — well-intended or not — explain  why overdose deaths skyrocketed in our state in a way that can’t be explained by increased opiate use, pill mills or drug user behavior?

Something happened. We made mistakes. I think I understand some of what went wrong. But maybe you know more than me. What caused things to go so wrong?