What drug users need to know to stay alive in 2018 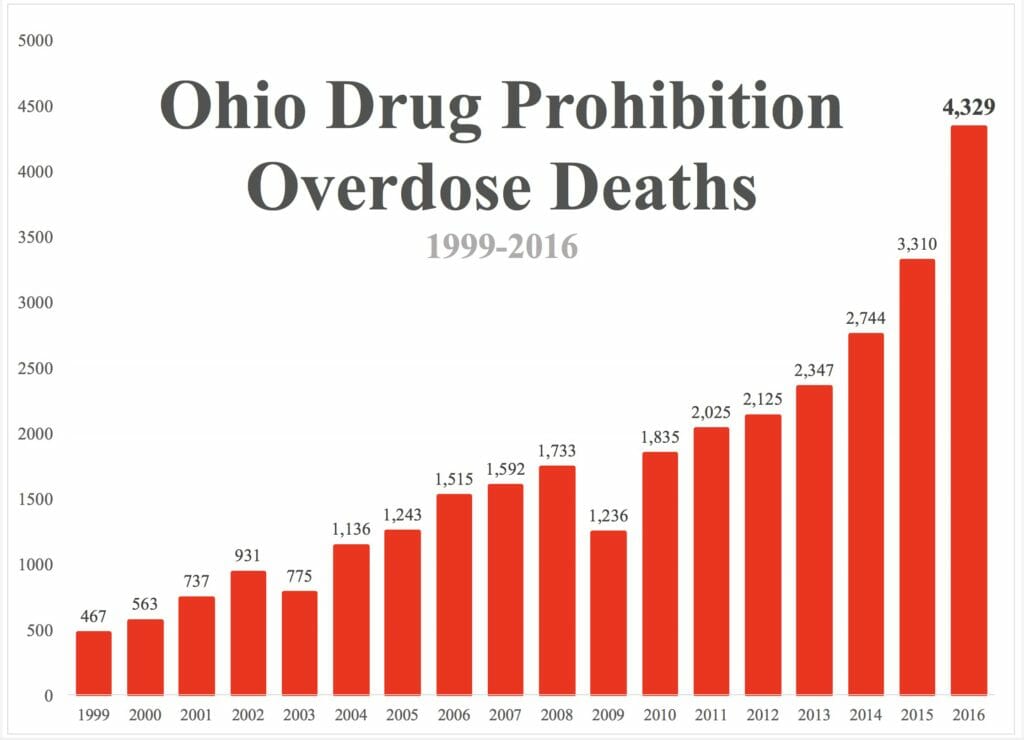 The Centers for Disease Control gave us details this week: Overdose deaths from prohibited drugs skyrocketed to a record high of 4,326 in 2016. That’s a few hundred higher than the Ohio Department of Health reported in August. (Both numbers include about 300 suicides.)

Our state’s illegal drug overdose death rate per 100,000 residents was second in the country, behind only West Virginia. Our total number of deaths was fourth in the nation, behind Florida (4,728), California (4,654) and Pennsylvania (4,627).

Alcohol overdose deaths rose to 636 in 2016. That was up 16% from the previous year and 83% since 2012. (The number was not in the CDC report, but Ohio Harm Reduction obtained it from the CDC’s mortality data, available online.)

The primary cause of the increasing death toll is no secret: fentanyl and its analogs have contaminated the illicit drug supply. These small, potent drugs are cheap, easy to smuggle and well-suited to hiding from law enforcement.  But what makes them great for a black market also makes them extremely dangerous. Drugs active in minuscule amounts amounts are nearly impossible to dilute properly unless you’re a professional chemist. 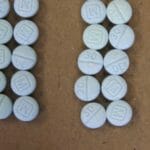 Drug overdoses from fentanyl are not random events. They are tied to the amount of the dose.

Drug users don’t want to die. Drug dealers don’t want to kill them. Overdoses are dilution errors — and nearly impossible to avoid because nobody really knows what or how much of anything is in a street drug.

Fentanyl is not strong heroin. It is something entirely different.

On the street, heroin averages about 33% purity — or one part heroin and two parts other stuff.

But a powder containing fentanyl should never be consumed unless its diluted to at least 1,000 parts other stuff inert (inert cutting agents) to one part fentanyl.  Fentanyl must be 1000:1, not 2:1 like heroin.

In reality, dilution should be far greater than that 1000:1 minimum.  When used for anesthesia, fentanyl is diluted to 20,000 parts diluent to one part fentanyl — and those doctors want to knock you out and have a mechanical respirator to breathe for you!

Fentanyl is not strong heroin.

OhioHarmReduction.org created a chart to show overdose risk for a drug user without overdose tolerance. The idea that 2,000 micrograms is needed to cause an overdose is a myth. The amount is much lower, especially for first-time users, users returning after a period of abstinence or users of cocaine and meth who get a drug spiked with fentanyl.

In 2016, fentanyl killed nearly as many cocaine users as heroin users, my analysis of CDC mortality data found. The meth-fentanyl death toll was lower in 2016, although this might change because some drug users are switching to meth out of fear of fentanyl-laced heroin.

This chart is for those without opioid tolerance. A regular heroin user with opioid tolerance could use at higher amounts without suffering an overdose but should exercise extreme caution when exceeding any level above 250 or 500 micrograms. 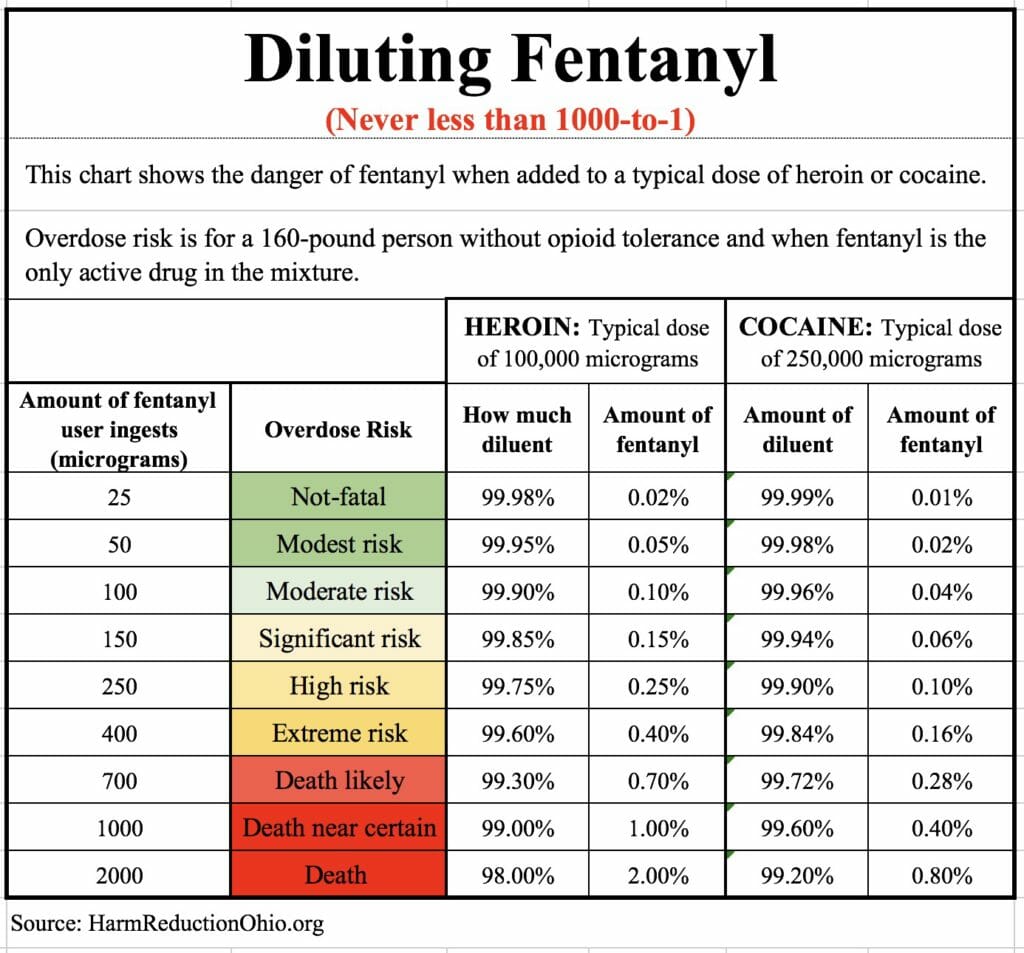