The Ohio House Criminal Justice Committee has voted unanimously to lengthen prison sentences for drugs containing fentanyl or its analogues. An example of sloppy lawmaking in an election year, the proposed law bases sentencing on the weight of the filler added to dilute the drug’s potency and danger, rather than the weight of the actual drug.

Harm Reduction Ohio testified against the proposal, as did the American Civil Liberties Union of Ohio and the Ohio Public Defender’s office. Ohio Attorney General Mike DeWine, a candidate for governor, testified in favor. (Testimony in links.) 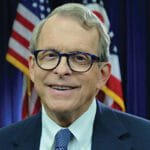 “We must remember that when the current statute dealing with fentanyl was written, it was structured as a pharmaceutical issue — not a “street drug” issue,” DeWine said in his written testimony. “The General Assembly must update the statute to reflect the current times, and I believe Senate Bill 1 accomplishes this.”

SB 1 adds prison time to defendants caught selling mixtures containing fentanyl or a fentanyl analogue, even if the person doesn’t know it was in the drug. It creates mandatory minimums for some offenses that were previously up to judges. The time added to sentences varies but runs from three to eight years in most cases. (The Legislative Service Commission summary is here.) 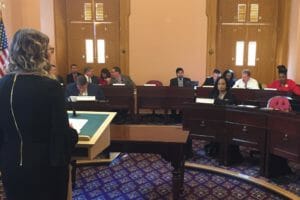 However, the bill designed to get tough on fentanyl offenders because of its unique danger, bungled the execution by treating fentanyl like heroin, cocaine and every other drug. SB 1 sticks with the decades-old system of basing sentences on the weight of the “bulk amount” of a drug mixture. But, since fentanyl’s weight is infinitesimal, prison terms will have almost nothing to do with fentanyl and everything to do with the weight of the filler — baby laxative, etc. — added to dilute the drug’s potency.

“It’s a sad result that illustrates why the state of Ohio has been unable to get drug overdose deaths under control,” says Harm Reduction Ohio President Dennis Cauchon. “The legislature sincerely wants to do well, but they don’t understand how fentanyl is different from other drugs and why it’s killing so many people in Ohio.”

If SB 1 is approved by the full House, as expected, drug dealers will be encouraged to keep fentanyl, carfentanil and other analogues pure to avoid harsh penalties. Under SB 1, a major dealer with one gram of pure fentanyl shipped from China would be punished to the same degree as a street dealer selling one gram of heroin that contains 0.01% of fentanyl.

“Weight-based sentencing formulas don’t work for drugs that have essentially no weight,” Cauchon said. “In fact, they backfire and punish less for a drug when it’s deadly and more when it’s safer.”

SB 1 will have other unpredictable effects on who goes to prison and for how long. Since most cocaine and meth in Ohio has fentanyl in it, all those drug offenses will be converted to fentanyl crimes subject to long sentences. Cocaine offenders tend to be black, so the racial disparity of Ohio’s criminal justice system will increase. However, that will be offset somewhat by meth offenders, who tend to be low-income whites.

The legislature did not ask for estimates on how much SB 1 would increase Ohio’s prison population or change its demographics.

SB 1, sponsored by Sen. Frank LaRose, (R-Hudson), has already been approved by the Senate. If approved by the House, it will go to Gov. John Kasich, who is expected to sign it.