Since 2000, the Ohio Department of Mental Health and Addiction Services has released detailed reports every six months on illegal drug use in Ohio. The reports are unusually comprehensive and objective, providing information on prices, availability, consumer practices and cultural beliefs, all based on interviews with drug users as well as law enforcement and rehab specialists. 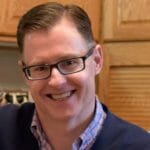 R. Thomas Sherba, an Ohio Department of Mental Health and Addiction Services researcher with a Ph.D. and a master’s in public health, oversees the report.

The latest Surveillance of Drug Abuse Trends in the State of Ohio was released today. Some highlights from the 210-page report, which covers January-June 2017.

The report does not speculate on where in the supply chain fentanyl and cocaine are being mixed combined. However, the report says some users use the drugs together to create a “speedball” effect that combines feelings generated by opioids and stimulants. Some users also use sedatives to calm down after a night of cocaine use, partying often combined with drinking alcohol.

Price of Adderall and Vyvanse in…

Despite (or because of) Ohio’s crackdown on opioids, the availability of heroin and fentanyl is high everywhere in Ohio.