These seven charts show overdose death counts of Ohio residents by drug from 2011 through 2021.

The death counts for 2021 are full-year estimates based on the 86% of the Ohio mortality data reported as of February 2, 2022. All other years are final counts as reported by the Ohio Department of Health. Harm Reduction Ohio will report final data for 2021 when it is complete in the late summer or early fall of 2022.

Readers are encouraged to think independently about Ohio’s overdose epidemic and come to their own conclusions about causes and cures. That said, the data further confirm what the public and public policy is just starting to understand:

The drug war killed more than 5,000 Ohio residents who used drugs and more than 100,000 Americans in 2021. Can you think of another policy mistake of this magnitude in recent history? 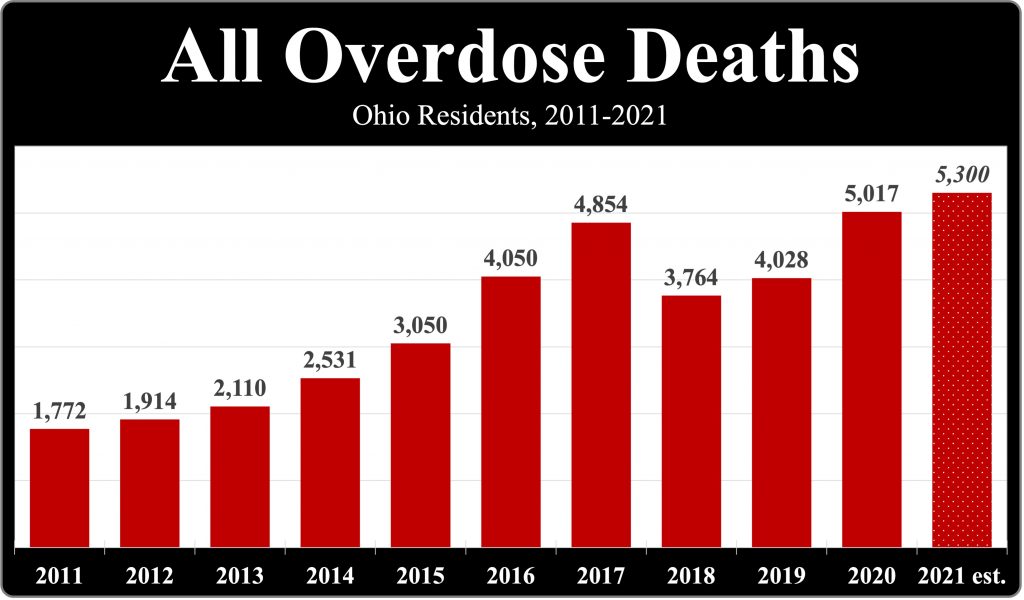 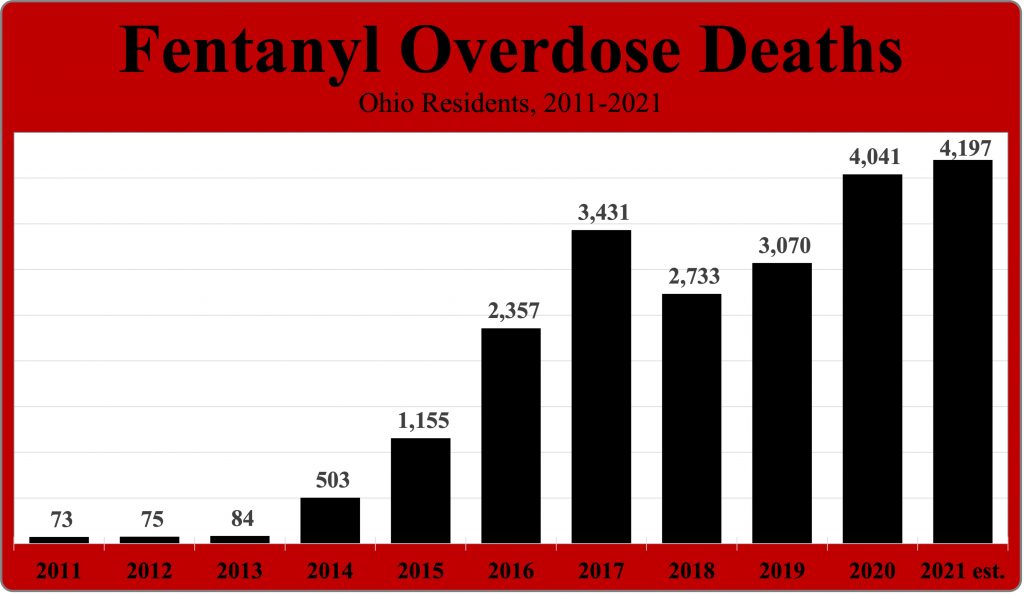 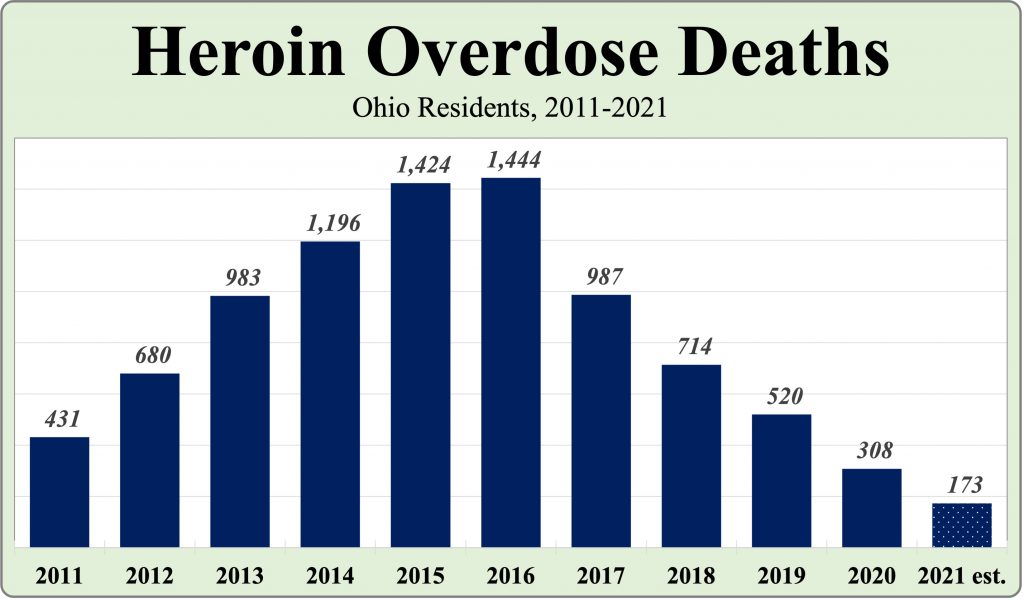 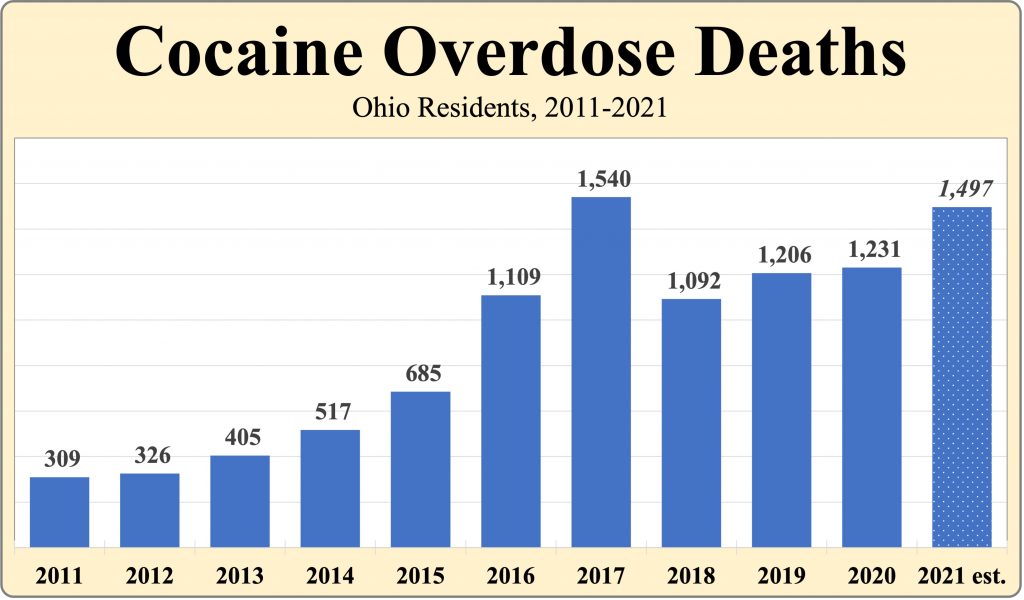 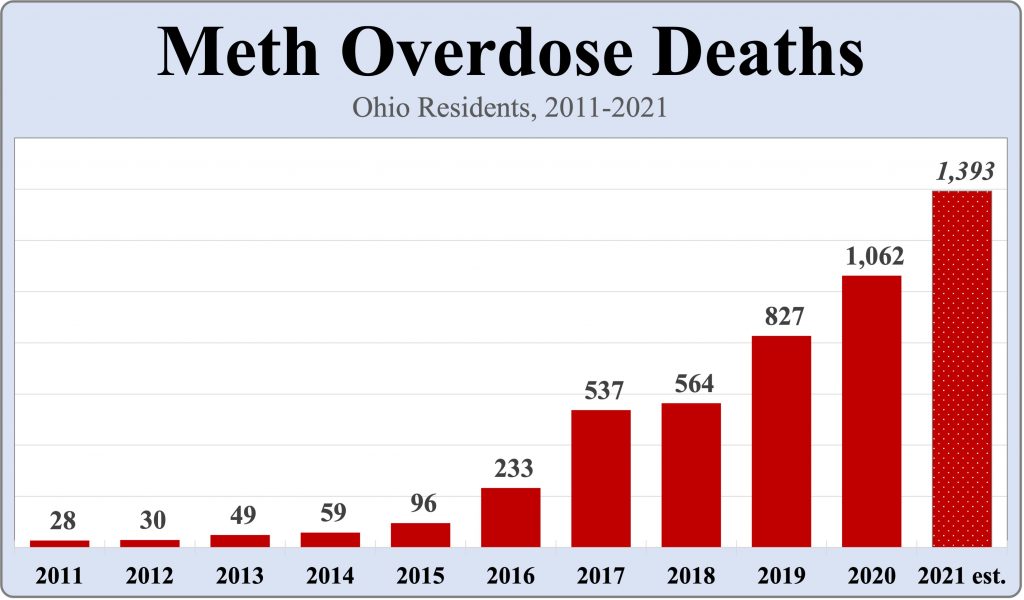 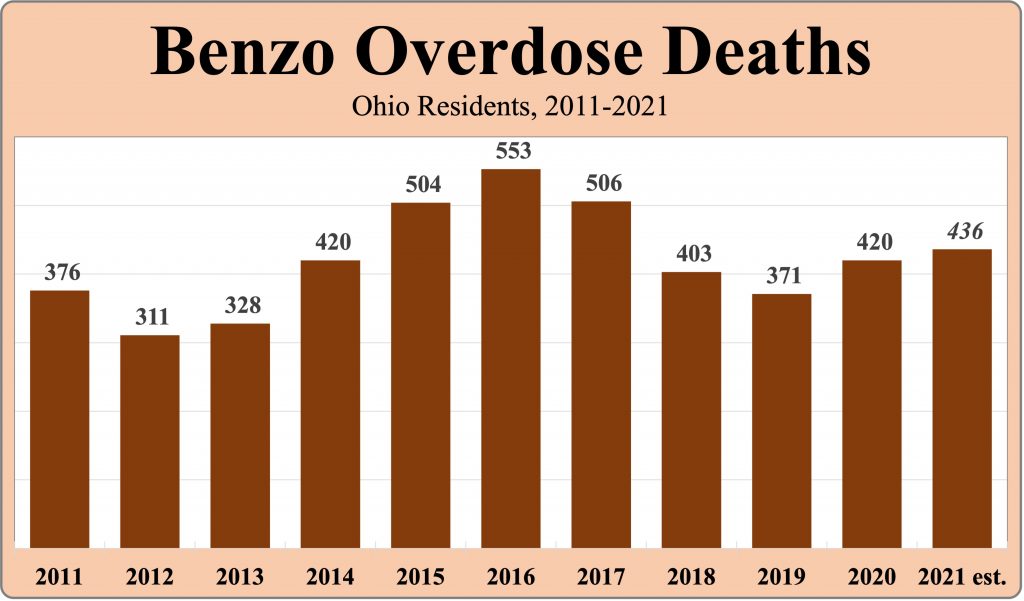 This last chart shows overdose deaths that involved fentanyl but not heroin, cocaine, meth or benzodiazepines. 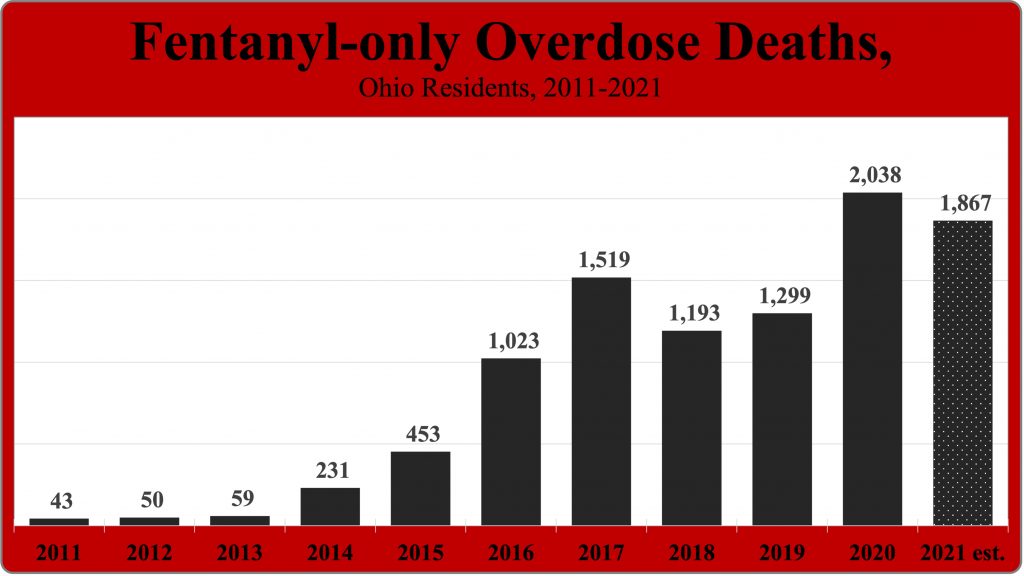