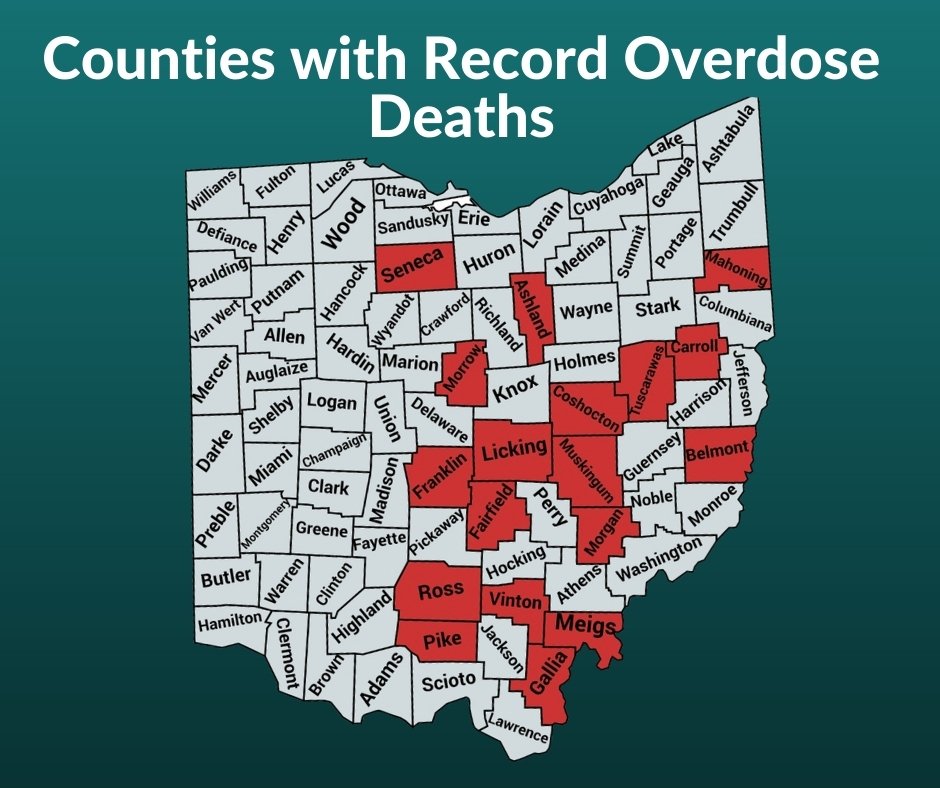 The Ohio Department of Health added 89 more overdose deaths to the state’s official mortality database today (December 17) and the result was a series of tragic milestones.

Nineteen Ohio counties have already set or equalled records for the most overdose deaths in a year. (These counties are shown in the map.) This is especially disturbing because the mortality data is only partly complete. Another 1,000 or so deaths will be added before the overdose death count for 2020 is complete in the late summer of 2021.

Covid-19, with its job loss and social isolation, has played a role in increased overdose death this year. But the primary driver of more overdose death is the increased share of cocaine, meth, opioids and fake pills containing fentanyl or a fentanyl analog. (See the charts inn the second half of this Harm Reduction Ohio story for details.)

The map shows that the biggest increases in overdose death this year have occurred mostly in central and east Ohio. In a bit of good news, Montgomery County (Dayton) and the surrounding counties — which were at the center of overdose death in 2017 — are tracking at 40% below the devastating death levels of that carfentanil-driven overdose surge.

It’s also important to remember that, as bad as things are in Franklin County, its overdose death rate is only about 25% above the state average. In other words, the record-breaking overdose level is partly a results of the county’s large population size.

In a nutshell, the overdose epidemic is in overdrive. There’s been some geographic change in where death is increasing or decreasing. But, for Ohio overall, things are as bad as ever — maybe worse. 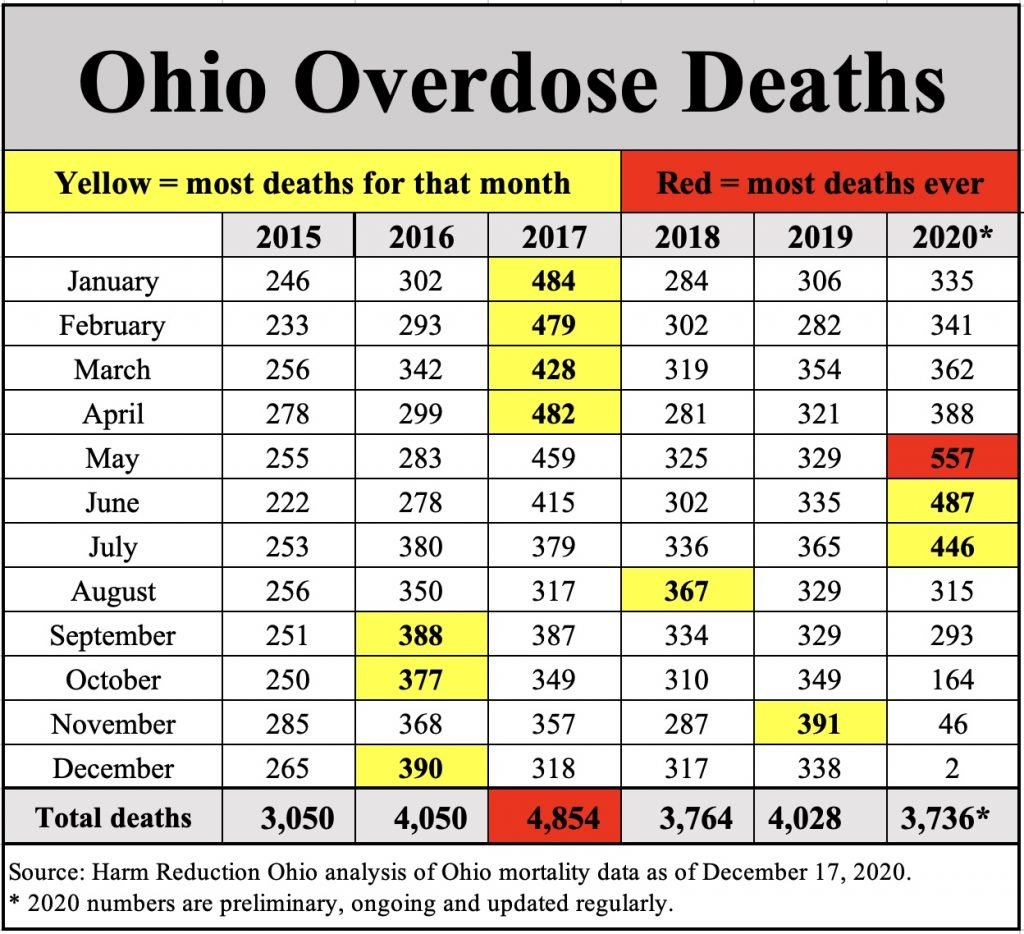