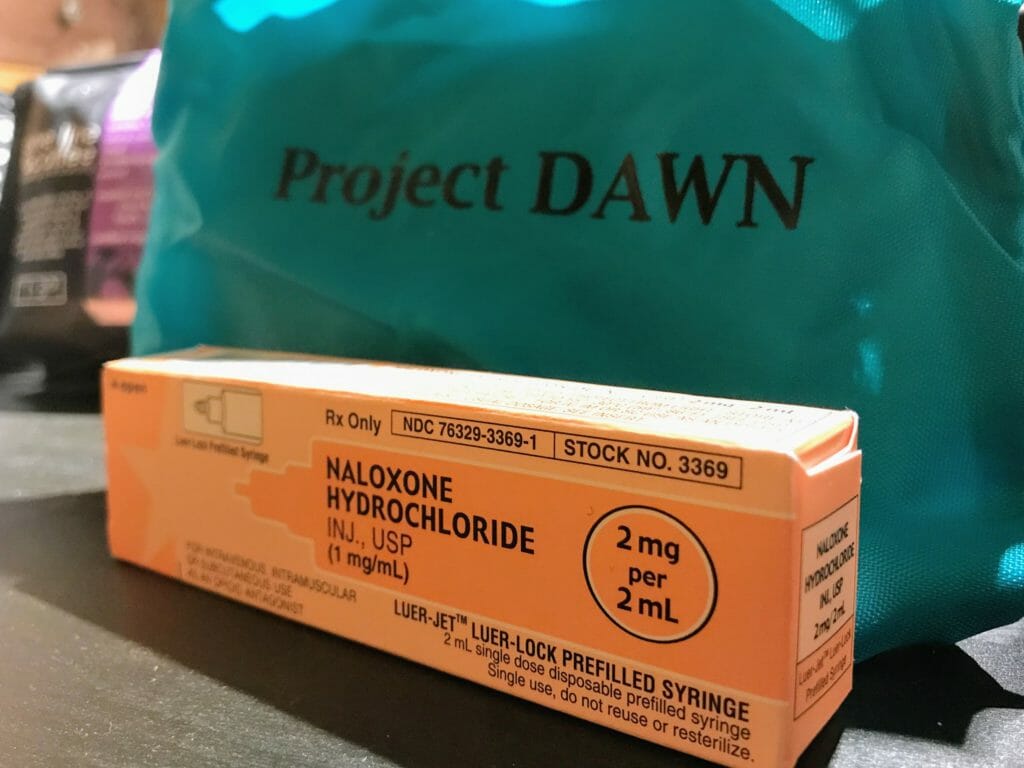 Time for the sun to set on Ohio’s 2 mg Project DAWN kits, which aren’t even FDA.

The ubiquity of carfentanil, fentanyl and other powerful synthetic opioids in Ohio means low-dose naloxone should be discontinued in our state. The traditional naloxone dose of 2 mg intranasal and 0.4 mg intramuscular is just not enough in a state suffering mass death from carfentanil.

Our state and local governments should stop using low-dose naloxone after current supplies are depleted. A health advisory should be issued recommending that a double dose be given — at least! — when starting an opioid overdose reversal with these old, under-dosed devices.

This is a regrettable example of Ohio’s slow-changing response to a fast-changing drug overdose epidemic. The continued use of low-dose naloxone likely played a role in Ohio suffering an extraordinary carfentanil death wave that other states did not. So did the state’s unwise dependence of “improvised devices” – i.e., must be assembled before use – that the FDA has not approved.

The Centers for Disease Control reports that 1,106 Ohioans died from carfentanil overdoses from July 2016 through June 2017. That’s an astounding 2000% the death rate that occurred in nine other states studied.

What Ohio should use all the time 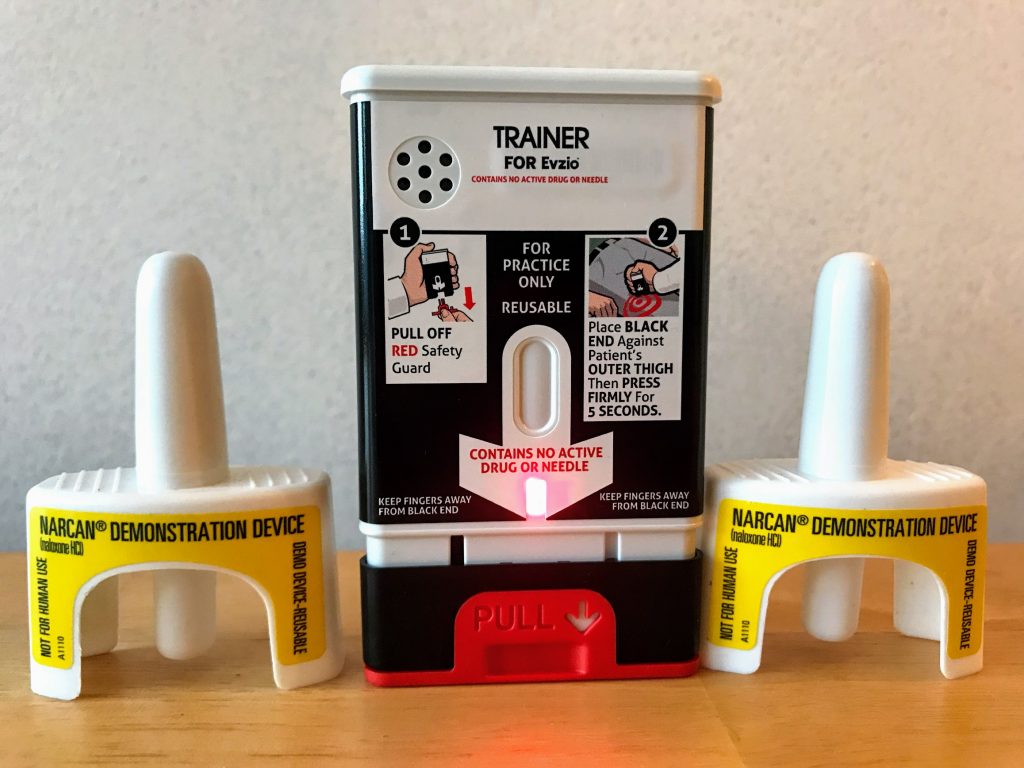 These are trainer versions. Ohio needs the real thing!

Two FDA-approved naloxone products are sold today, and that’s what Ohio should use. The products are 4 mg Narcan and the 2 mg Evzio auto-injector. The two versions have the same bioavailability, meaning they’re effectively equivalent. The Narcan device quirts naloxone in the nose. The Evzio device injects naloxone into the large muscles, such as a leg muscle.

Both devices are outstanding products. They deliver the right dose and do so with an elegant functionality that makes it possible to use either without training, even though, of course, training is recommended. Neither of these FDA-approved products is available in a low-dose version. That tells you something.

Narcan and the Evzio auto-injector are the only naloxone devices that should be distributed in Ohio (after current inventories of the low-dose version are gone). In Ohio, more than any other state, the drugs are too darn strong to start an opioid reversal with a small dose below what the FDA has approved.

The use of low-dose naloxone fell 24.8% in the 2018 fiscal year (which ended June 30) from a year earlier while sales of Narcan at the state pharmacy more than doubled. That’s a positive trend. But not good enough. From now on, sales of 2 mg naloxone (especially in devices that need to be assembled!) should be zero.