Ohio now has syringe programs in 16 of its 88 counties 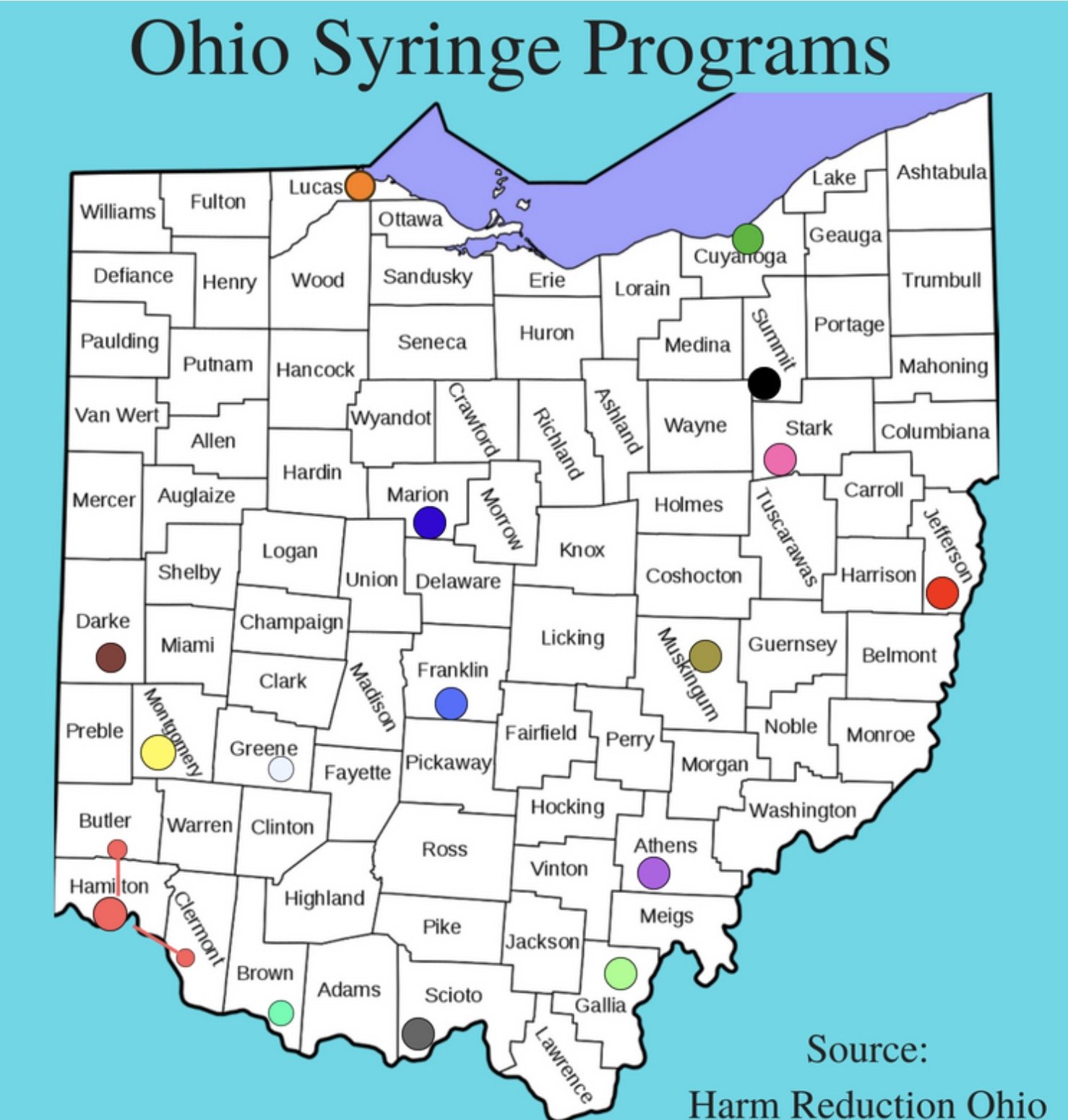 Ohio has 14 syringe programs operating in 16 counties at 21 locations, according to a new Harm Reduction Ohio count.

Before 2015, Ohio had only one syringe program: a van operating out of a driveway in Cleveland.

The legislature legalized syringe programs — sometimes called “needle exchange” programs — in 2015 in response to the state’s drug overdose epidemic. Syringe programs are one of the most proven ways to reduce death and transmission of infectious disease, and to get heroin users into treatment, but they remain unpopular among some elected officials and a minority of the public.

Syringe programs provide intravenous drug users with sterile needles and syringes, usually in exchange for dirty ones that are turned in and destroyed.

The Centers for Disease Control reports that syringe programs reduce death and transmission of HIV and hepatitis C, and increase entrance of heroin users into treatment by a factor of five. 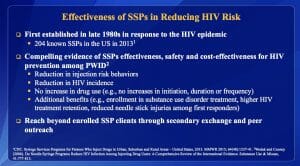 Critics sometimes claim that this increases (enables) drug use and increases crime. But repeated studies show the opposite is true. Syringe programs don’t increase drug use or crime or needles on the street as litter.

Even the idea that syringe programs are politically unpopular turns out to be contrary to evidence. Last year, the Ohio Health Issues Poll found that needle exchanges were favored by 50% to 42% by Ohioans — not medical-marijuana-style level support but certainly not “unpopular.”

Other Ohio counties are considering starting syringe programs. Lorain County, near Cleveland, already has approval and funding and should open this fall.

Hamilton County (Cincinnati) revamped its syringe program at the start of 2018 to use a large mobile RV that now also goes to neighboring Butler and Clermont counties.

Even some rural counties have successful programs. Gallia County provides sterile needles and syringes to 50 to 100 drug users every week. A few syringe programs operate quietly, unmentioned on the internet even though they’re government approved.

Private donors — rather than local governments — often fund a large share or all of the program’s budgets, which range from $5,000 a year to a few hundred thousand, depending on how often they’re open, how many people they serve and what services they provide.

The state of Ohio provides no money. On July 5, the Ohio Department of Health filed a form to allow federal HIV Prevention funds to be used to pay some of the costs of local syringe programs. The amount of federal funds the programs will receive is unclear. Federal funds cannot be used to purchase syringes or needles but can be used for other purposes, such as staff and the cost of HIV testing.

Are we missing any? Have any closed? Send us an email.