The state of Ohio announced five ideas that won a contest for a technology concepts that can reduce drug abuse and addiction. The winners were awarded $10,000 each for their ideas.

Harm Reduction Ohio entered the idea of developing fentanyl test strips to help users know how much fentanyl is in a drug mixture. Existing immunoassay fentanyl test strips tell users only whether fentanyl is present or not, even in trace amounts, but give no indication on the amount of fentanyl. Harm Reduction Ohio’s idea was not chosen. (Read HRO’s idea for a PREVENT-OD Drug Test Strip.)

The contest’s winners were: 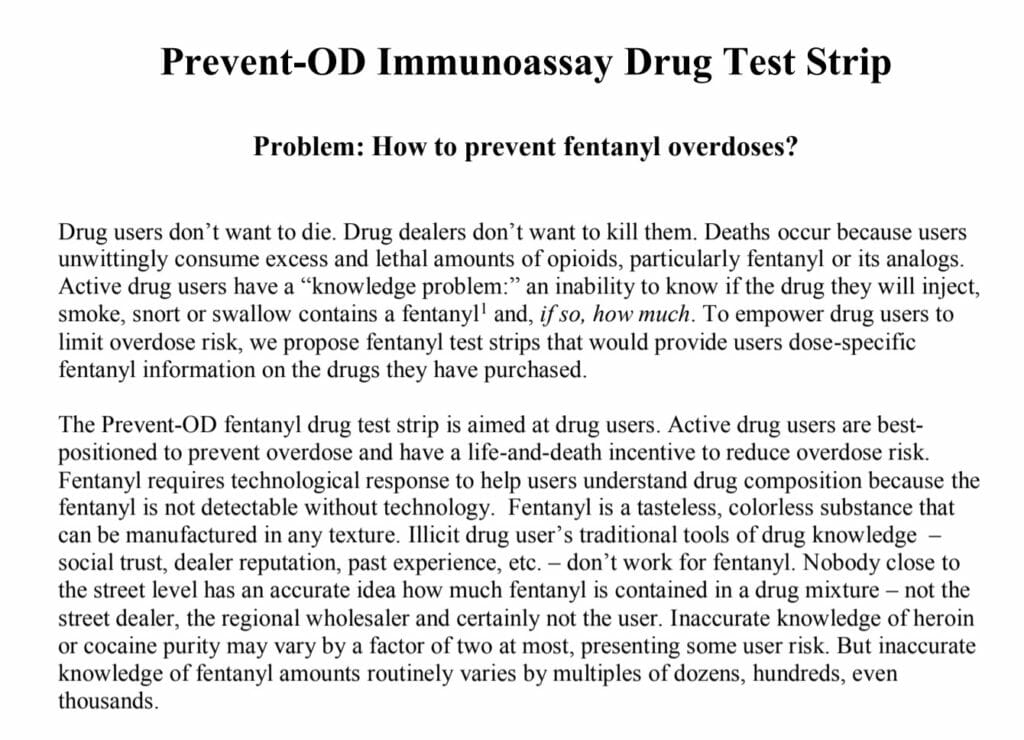