First projection of 2022: Overdose deaths on track to decline this year

Overdose deaths declined in early 2022 before rising in summer 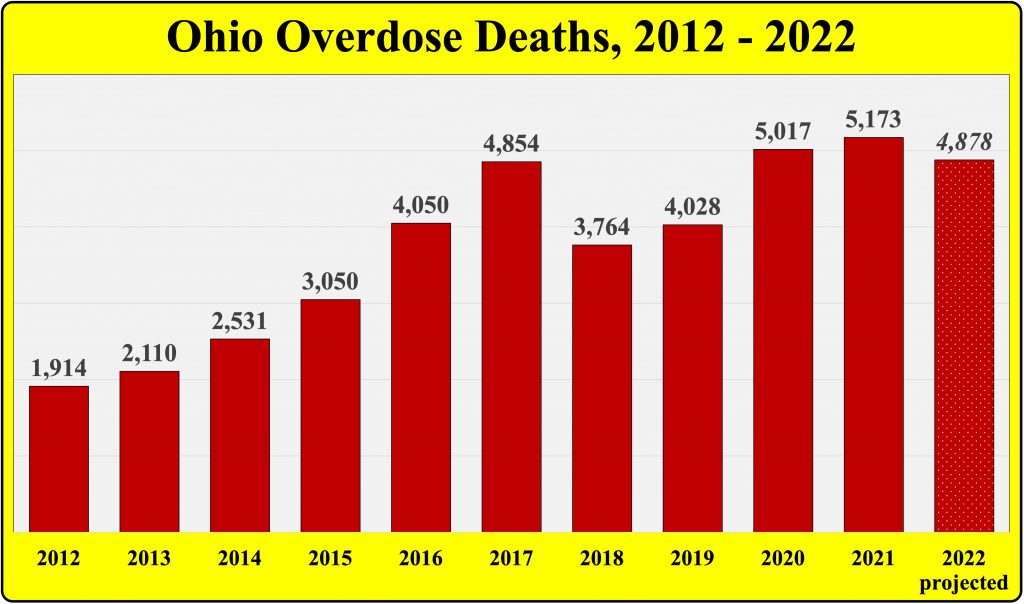 Today, Harm Reduction Ohio issued its first projection of expected overdose deaths in Ohio in 2022. The estimate is based on the pace of overdose deaths reported and confirmed through October 17, 2022.

Our first projection for 2022 has a somewhat higher degree of uncertainty because the pace of overdose death has changed as the year has moved along. Deaths fell in the first five months of 2022 but appear to have increased since June.

What you should know from this projection:

You can order naloxone, a drug that will reverse a fentanyl overdose, at Harm Reduction Ohio’s web site. In cooperation with the Ohio Department of health, we provide naloxone at no cost to those who order it.

Be careful. Five thousand accidental overdose deaths a year in Ohio is not normal or acceptable. The drug war is killing people who use drugs in what should be considered genocide against an unpopular group. We love people who use drugs and want you to live a long and happy life.