Overdose Racial Gap Larger Than Ever

What does it mean? 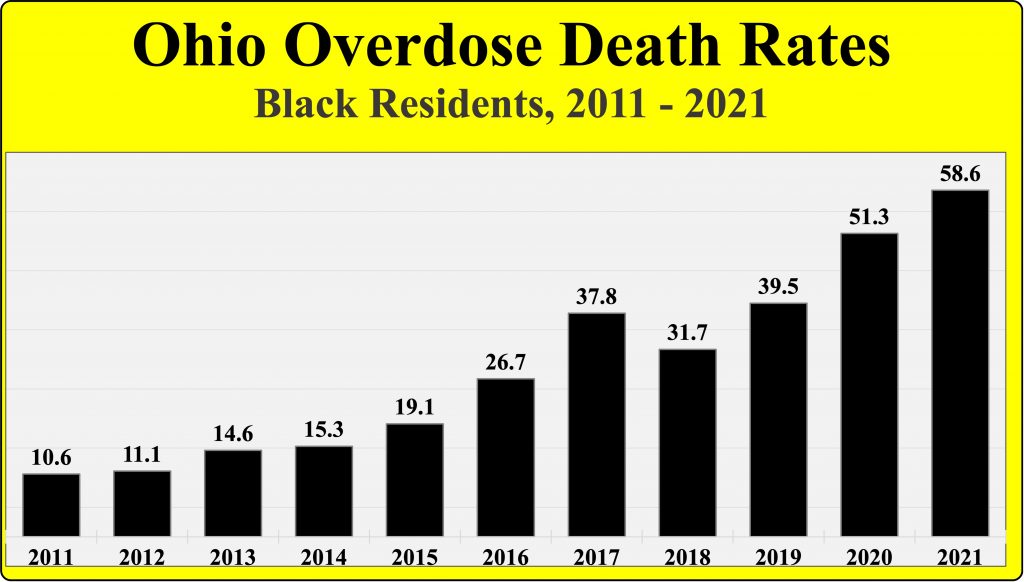 We love all people who use drugs and grieve for all 5,200 Ohioans who died from an overdose last year. The folly of the drug war has taken a terrible toll on our state.

What do the charts shown here mean? The racial gap shown in these charts has profound meaning for drug policy, health equity and the civic character of our state. The conventional belief that the overdose epidemic is a primarily White phenomenon caused by overprescribing of opioids has been outdated for many years. Today, the spread of fentanyl adulteration into powder and crack cocaine (as well as meth) has created a stimulant and adulterant-driven overdose catastrophe. The demographics, geography and mechanism of overdose death has changed in ways that our institutional systems have barely recognized and entirely failed to adapt to. 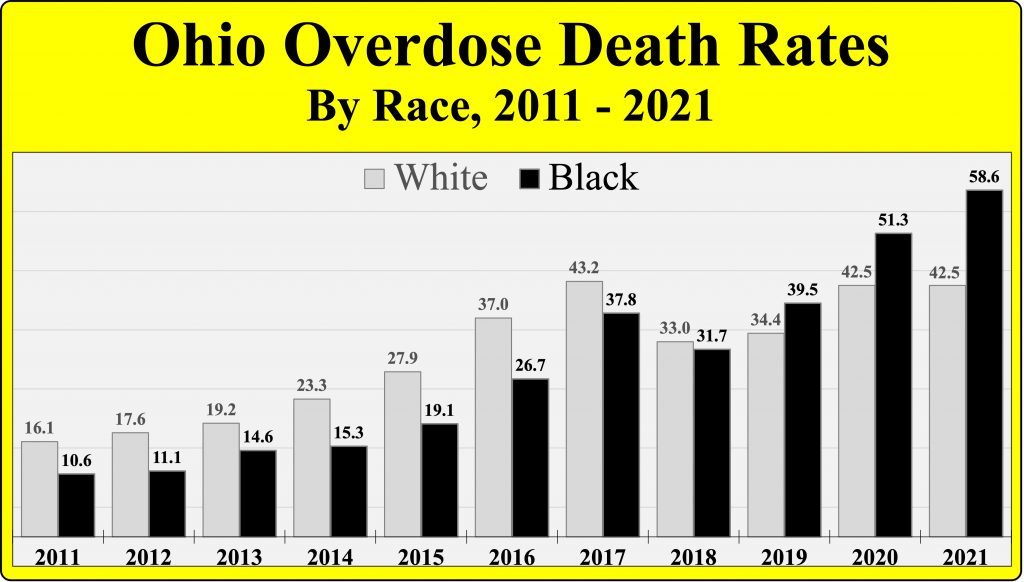