The increase is especially worrisome because last year set a record for overdose deaths among for Black residents: 850 for the full year. At the current pace of overdose death, Harm Reduction Ohio estimates about 950 Black Ohioans will die from overdose in 2021, breaking last year’s record. 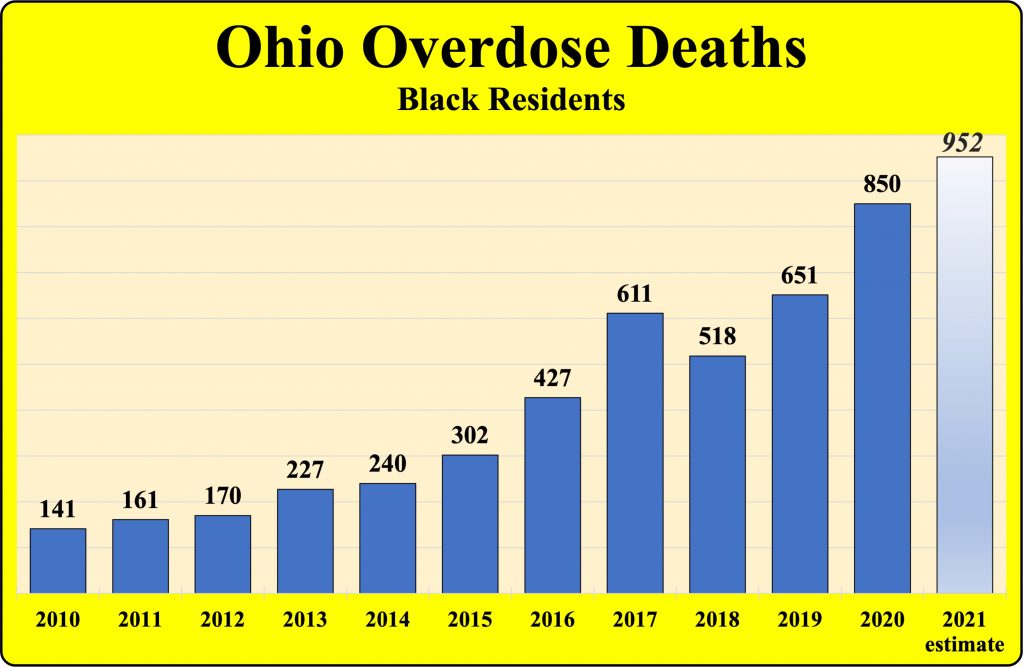 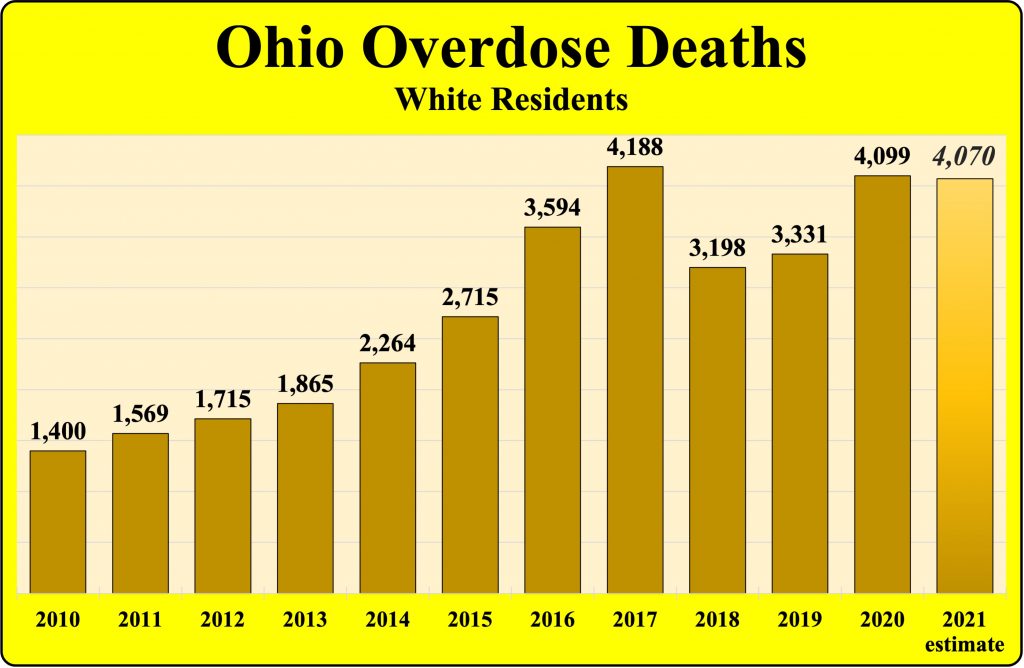 Overdose death among White Ohioans has increased so far in 2021, too, although at a slower rate than among Black residents.

As of yesterday, the Ohio Department of Health reported 2,256 confirmed overdose deaths, a 4.4% increase from the 2,161 reported at the same time a year ago. The death toll of 3,331 White residents in last year was the second highest on record, exceeded only by 3,594 White Ohioans who died from overdoses in 2017.

Harm Reduction Ohio estimates the death toll for White residents is on pace to decline slightly in 2021 and finish the year at a little more than 4,000 overdose fatalities.

Overall, deaths remain consistently high, often exceeding 400 deaths per month, but are not likely to exceed 500 in a month.

White residents suffered the highest rate of overdose death early in the overdose epidemic. However, that shifted in 2018 as fentanyl expanded from heroin into the other drugs, especially powder and crack cocaine. 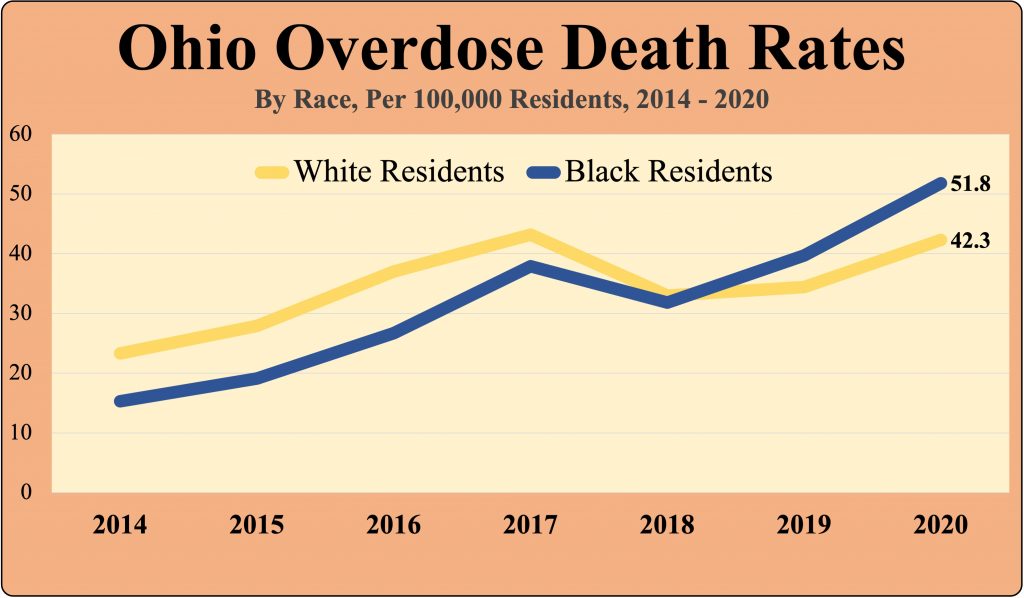 The disproportionate effect on Black Ohioans can be seen in the rate of overdose death per 100,000 residents.

In 2020, the rate of overdose for Ohio’s Black residents was 51.8 per 100,000. For White residents, the rate was 42.3 per 100,000 residents. Both are horrific numbers considering overdose deaths are preventable accidents.

Black and White Ohioans differ sharply in the drug involved in fatal overdoses.

In Ohio, fentanyl and its chemical analogs was an equal opportunity killer, involved in just under 80% of overdose deaths among both Black and White Ohioans.

Overdoses kill far more men than women in all races and ethnic groups. The gender gap is much larger than the racial gap. Males die of overdose at more than double the rate of women, an extraordinary difference. 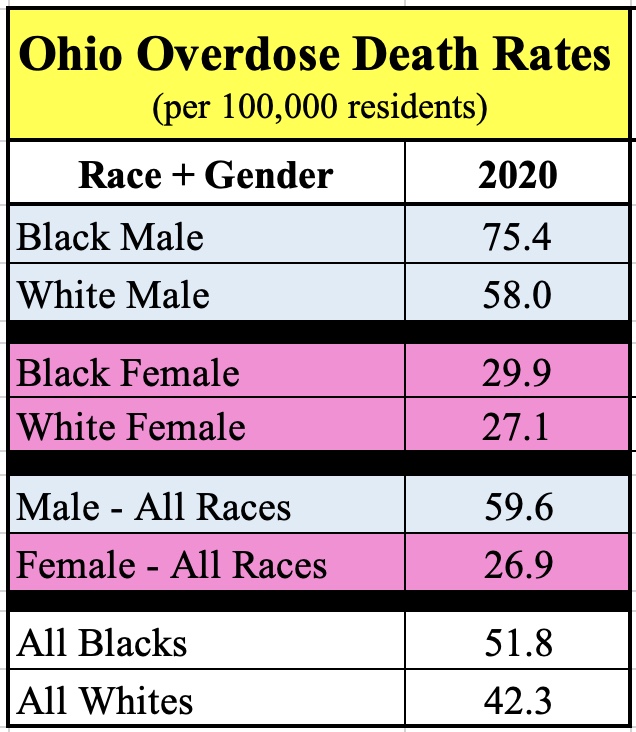