Worrisome trends in many counties 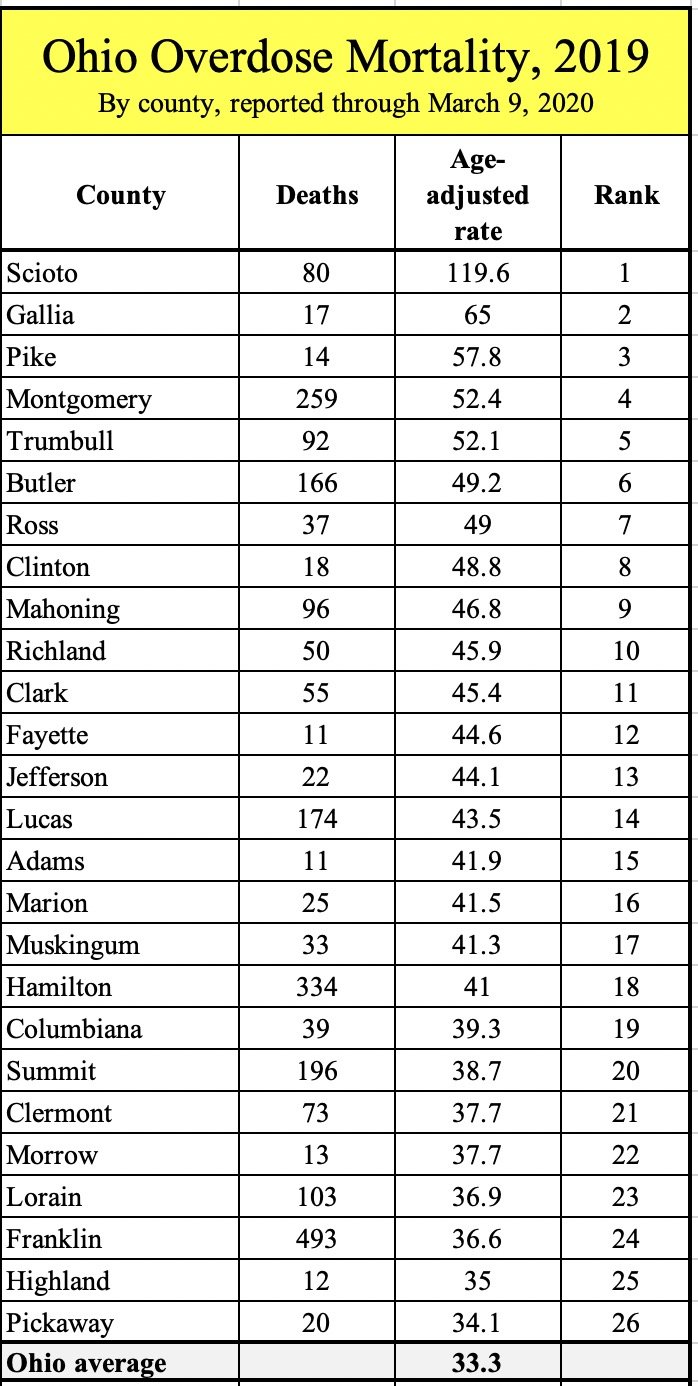 The counties listed above had the highest overdose death rates in Ohio in 2019, according an a harm Reduction Ohio analysis of deaths included in the Ohio Department of Health’s mortality database through March 9, 2020.

About 92% of deaths from 2019 have been reported, so the total of overdose deaths and the overdose death rate will rise somewhat as the remaining data is finalized. However, the rankings and the 2019 pattern will remain largely the same. 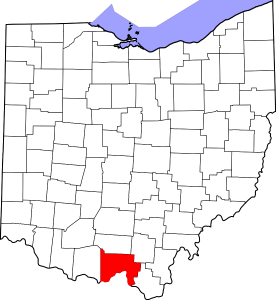 The cause of Scioto’s increase from 47 overdose deaths in 2018 to at least 80 in 2019 is unclear. The county does not appear to have had unusually high levels of carfentanil in its drug seizure data. (Carfentanil did cause significant overdose death increases in northern Ohio in 2019.) However, the Scioto death surge is related to fentanyl and its analogs, even if it’s not clear how. Of the deaths recorded so far, 86% involved fentanyl or fentanyl analogs, up from 70% in 2018.

Statewide, news is not good

In the big picture, the overdose death toll for 2019 shows no evidence that Ohio’s drug overdose catastrophe is receding. Some parts of Ohio have had overdose declines, but other parts have suffered increases and, on net, the bad news outweighs the good. Overdose death is on track to rise about 8% in 2019 to more than 4,000.

The nature of overdose death is changing somewhat. Fentanyl-cocaine mixtures have become common in central and northern Ohio, although not in Scioto County in southern Ohio. For the first time in decades, the overdose death rate for black Ohio residents now exceeds that for whites, a change driven to a large extent by the move of fentanyl and its analogs into the cocaine supply.

The chart that follows show counties that have overdose death rates lower than the state average in the preliminary 2019 data. The Ohio Department of Health mortality database currently produces age-adjusted death rates for only 40 of Ohio’s 88 counties in 2019. The counties for which rates are not calculated tend to be smaller counties with fewer deaths, making rate calculations harder. When the data is finalized this summer, county-level overdose death rates will be available for about 65 of Ohio’s 88 counties. 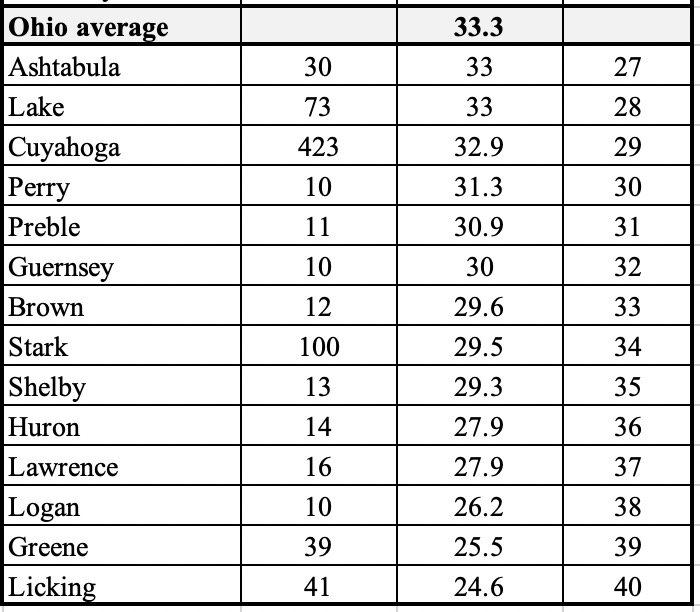