This year’s event is called “Family Matters” and will focus on the personal and intimate aspects of drug use and the drug war. You won’t hear. from doctors, police, prosecutors, politicians or policy experts. You will hear from people who use drugs and their parents, children, spouses, friends and loved ones.

Early bird tickets are available through January 31 for $25 each. After that, tickets are $35. The price is quite a bargain. It includes food and everything else. (Sponsors will make up the difference.)

The all-day event will start at 9 a.m. in Granville, a lovely Village near Columbus. We’ll add a conference hotel in the coming weeks for people who need lodging. 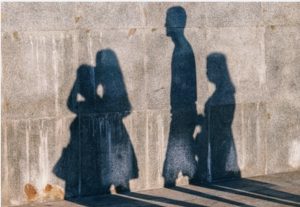 Harm reduction leaders with lived experience — i.e., drug use — will come from San Francisco, New York and Vancouver to lead discussions and interact personally with those attending the conference. The conference site (a large mansion owned by Granville Village) holds about 125 people, so expect an opportunity to chat with these harm reduction legends if you desire.

The day will consist of three or four talks and panels for all conference goers, plus more than a dozen small break out sessions for people to explore some of the most sensitive topics involving drug use in a loving, open, stigma-free setting. You’ll get the perspective of people who use(d) drugs and that of their parents — on the same panel. You’ll hear from adults who grew up in houses in which the parents used drugs.

The conversations about drugs so seldom had in private and never heard in public…you’ll hear them on April 6. “Family Matters” will be a drug policy conference like no other in Ohio. Ever. No doctors. No police. No prosecutors. No probation officers. No politicians. No policy analysts. Just the people you rarely hear from, talking openly, unfiltered and honestly. People who use drugs. People who deal drugs. People who inject drugs. Mothers who found needles in their child’s room. Fathers who spent $150,000 on their children’s rehab…only to lose the child.

People who use drugs and those who love them are good people. On April 6, they will be loved, celebrated and empowered, not shunned, ridiculed, arrested, judged or diagnosed.

We hope to see you there.