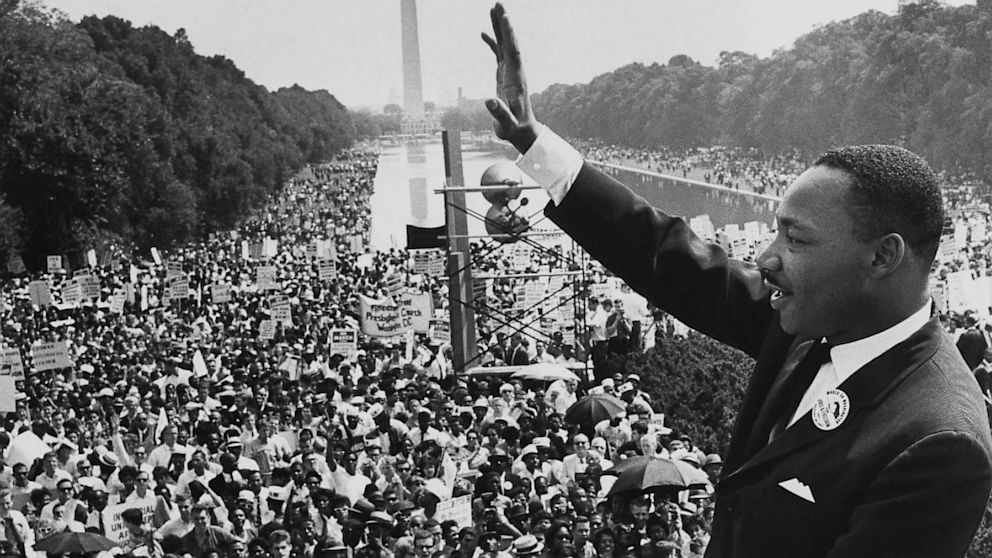 Non-Hispanic whites have suffered a disproportionate share of overdose deaths. However, the racial make-up of overdose victims is changing as the epidemic continues. In 2017, African Americans accounted for a greater share of drug overdose deaths than at any time in recent years, although the rate is still lower than for whites.

What’s driving the increase? Answer: The increasing amount of fentanyl-contaminated cocaine in Ohio. Blacks have long accounted for about 20% of cocaine-related deaths and about 9% of heroin-related deaths.

African Americans accounted for 12.5% of Ohio overdose victims in 2017, according to deaths recorded so far in Ohio Department of Health mortality data. That’s up from 9.5% in 2014. This level is still below African Americans’ 12.8% share of Ohio’s population. But if the trend to fentanyl-laced cocaine continues, blacks could account for a disproportionate share of Ohio overdose deaths in 2018, for the first time in many years.

To help readers understand the racial and ethnic patterns of Ohio overdose deaths, Harm Reduction Ohio President Dennis Cauchon analyzed who has died so far in the epidemic. The following five charts provide a close-up look at the epidemic’s demographics. 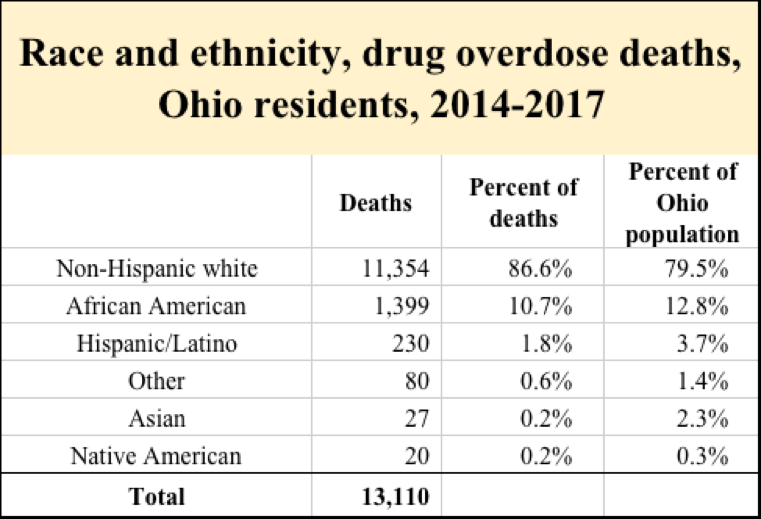 The above chart shows how whites have been hit harder than any group. Now, how those numbers have changed over time by group. 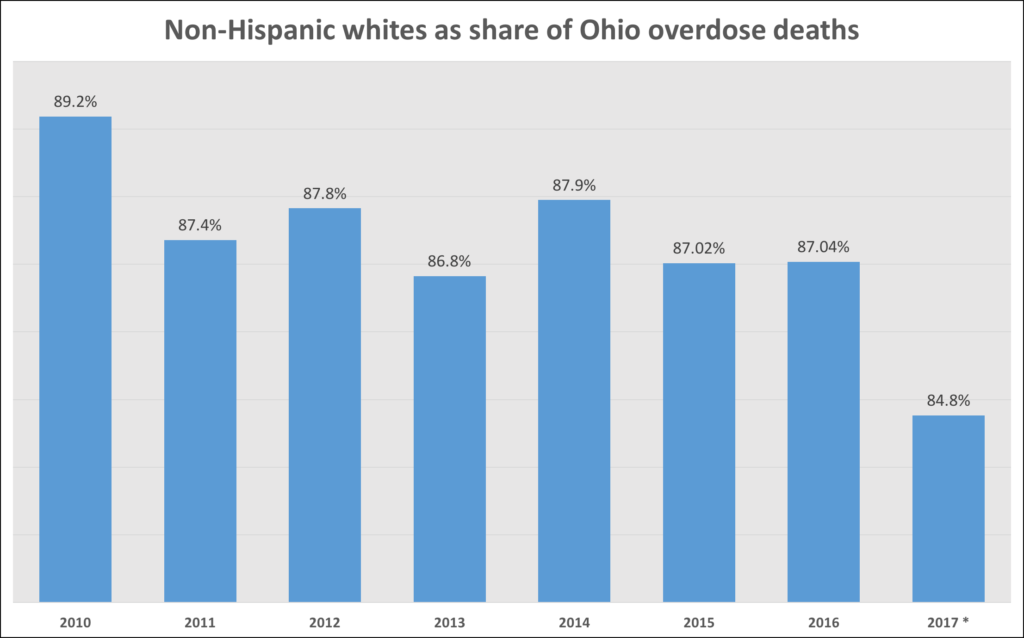 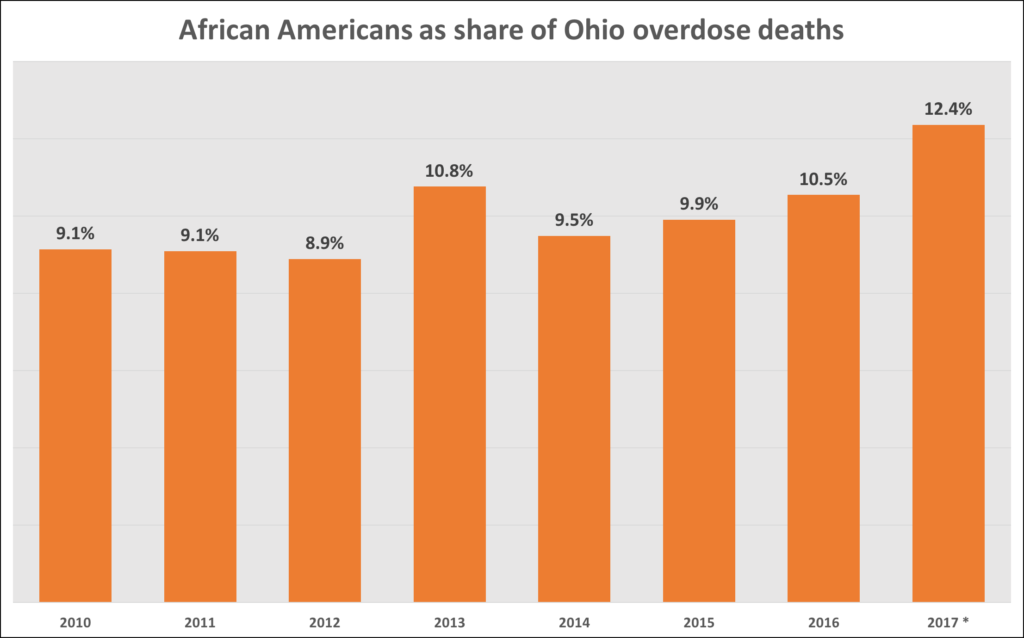 Hispanic overdose deaths, 2010-2017. Ohio has a relatively small Hispanic population: 3.7% of Ohio’s 11.6 million residents. An even smaller share of overdose victims are Hispanic. 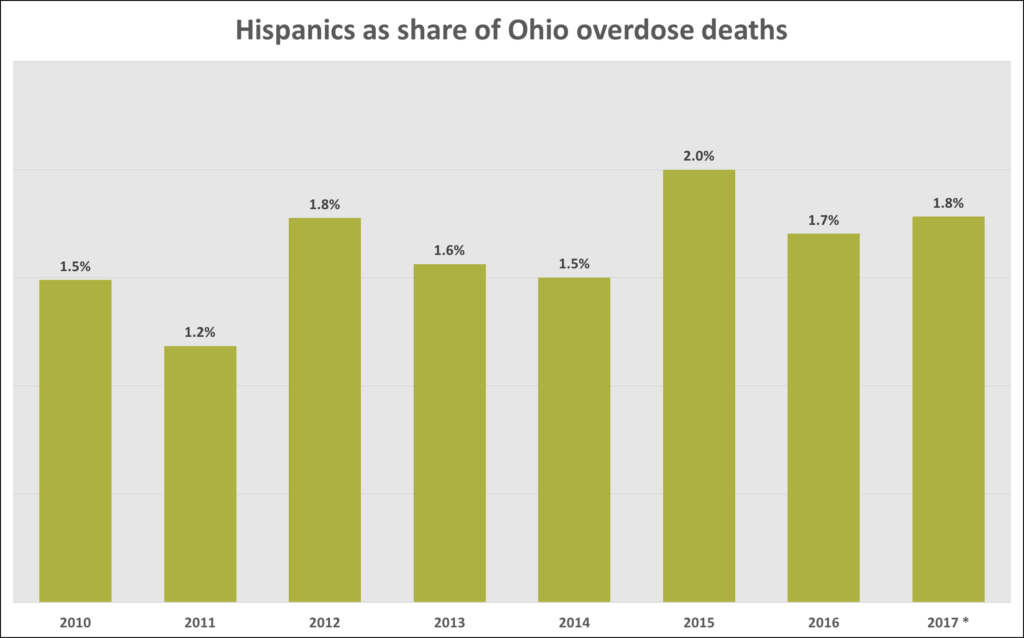 The last three charts use different scales to make changes within a group easier to see. This chart shows all three groups in one chart. 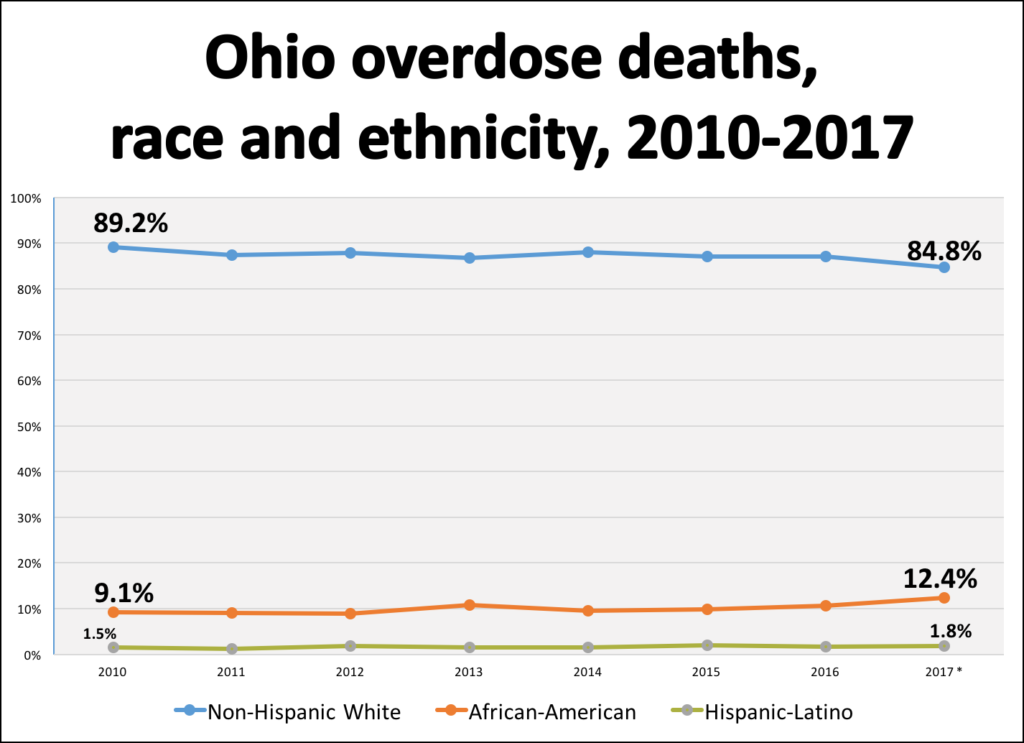 Total overdose deaths, 2010-2017. Of course, percentages don’t tell the whole story. Most importantly, Ohio’s death toll has been rising for all groups. 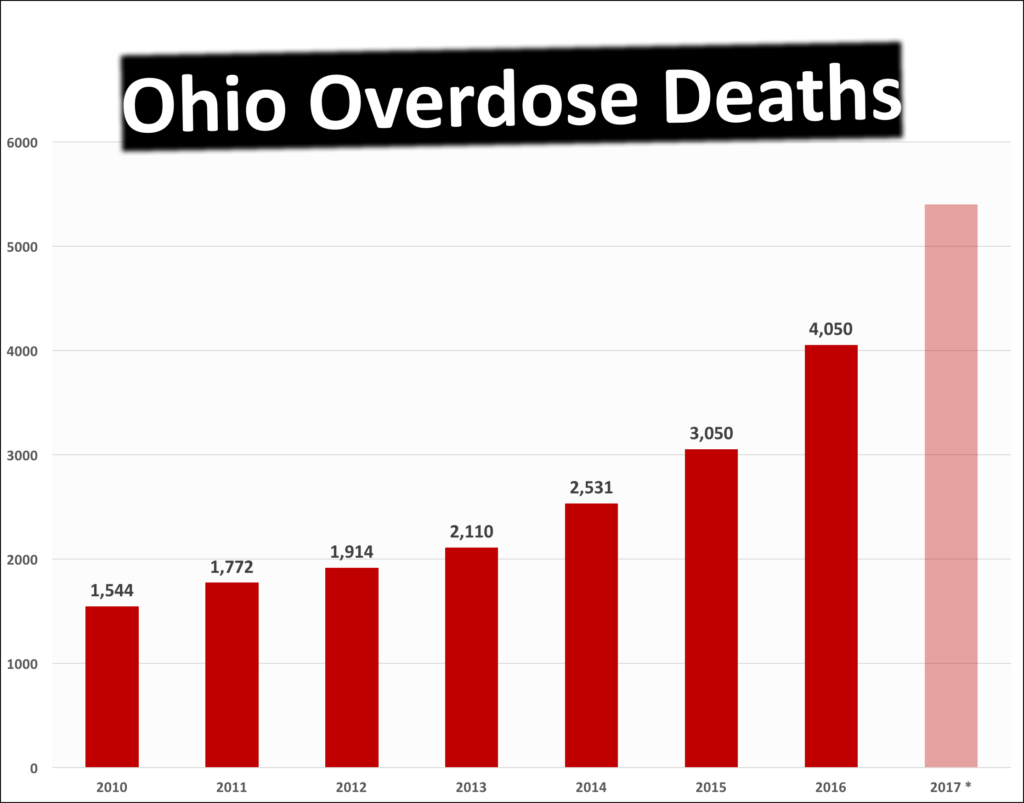