Stereotype Alert: They do! 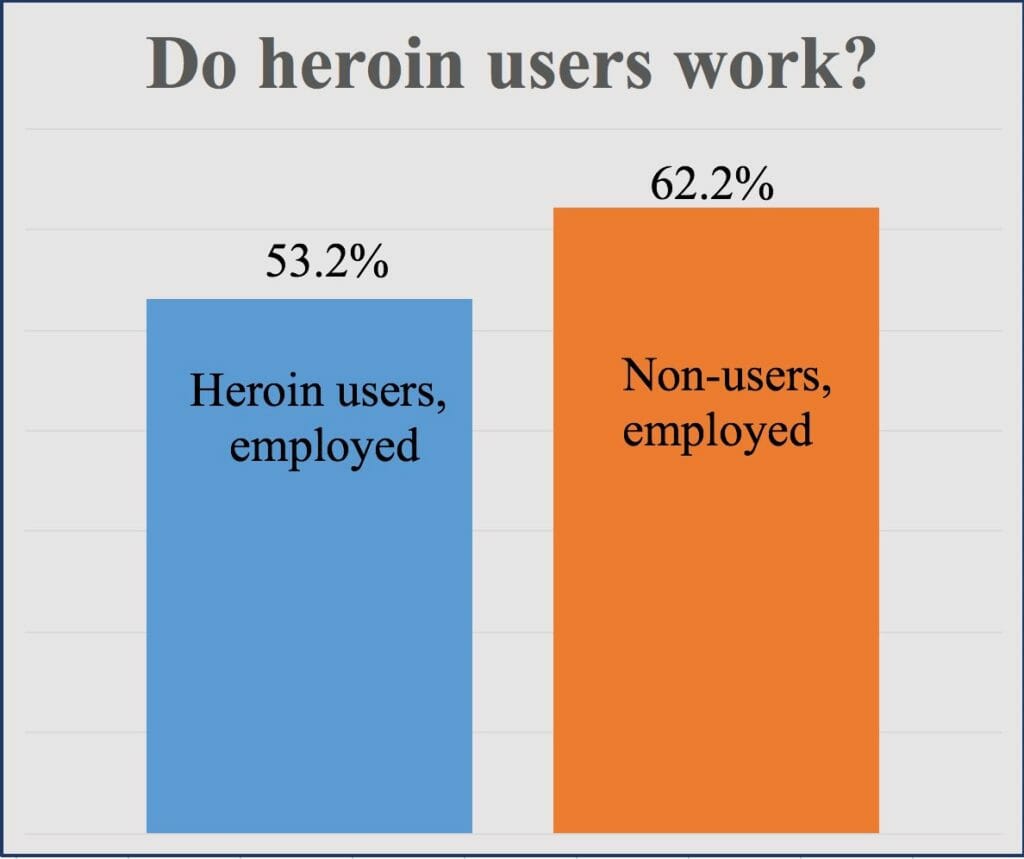 Few groups are more stereotyped than drug users, and few drug users are portrayed as negatively as heroin users.

Did you know most heroin users work? Employment rates are lower than in the overall population but not by much, and certainly not enough to support the stereotype of heroin users as broken, non-productive people.

Have you ever seen any news report ever showing the real “typical” heroin user — at work, fixing pipes in his job as a plumber, waiting tables in her job as a waitress? The criminalization of drugs makes it impossible for drug users to stand up for themselves, to challenge their false portrayal in the media. Journalists need to stand up for the truth, as a matter of accuracy.

The numbers shown here are from the 2015 National Survey on Drug Use and Health. The information is not included in the official report published on drug use. You have to go into the computer data files to find demographic questions about this vilified population. 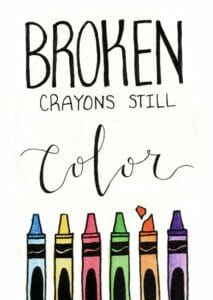 Heroin use is highly risky behavior, especially when the drug is injected. Most long-time heroin users give wise and clear advice to non-users: Don’t start.

But the idea that 800,000+ active (annual) heroin users can be lumped into a stereotype is bigoted and factually false. The government’s own data shows the government and media portrayal of “heroin users” is wrong.

The truth is this: heroin users are a diverse group of human beings who deserve to be treated with love, respect and accuracy, the same as everyone else.