Stop saying we have an opiate crisis!

Ohio is suffering from a drug overdose epidemic. 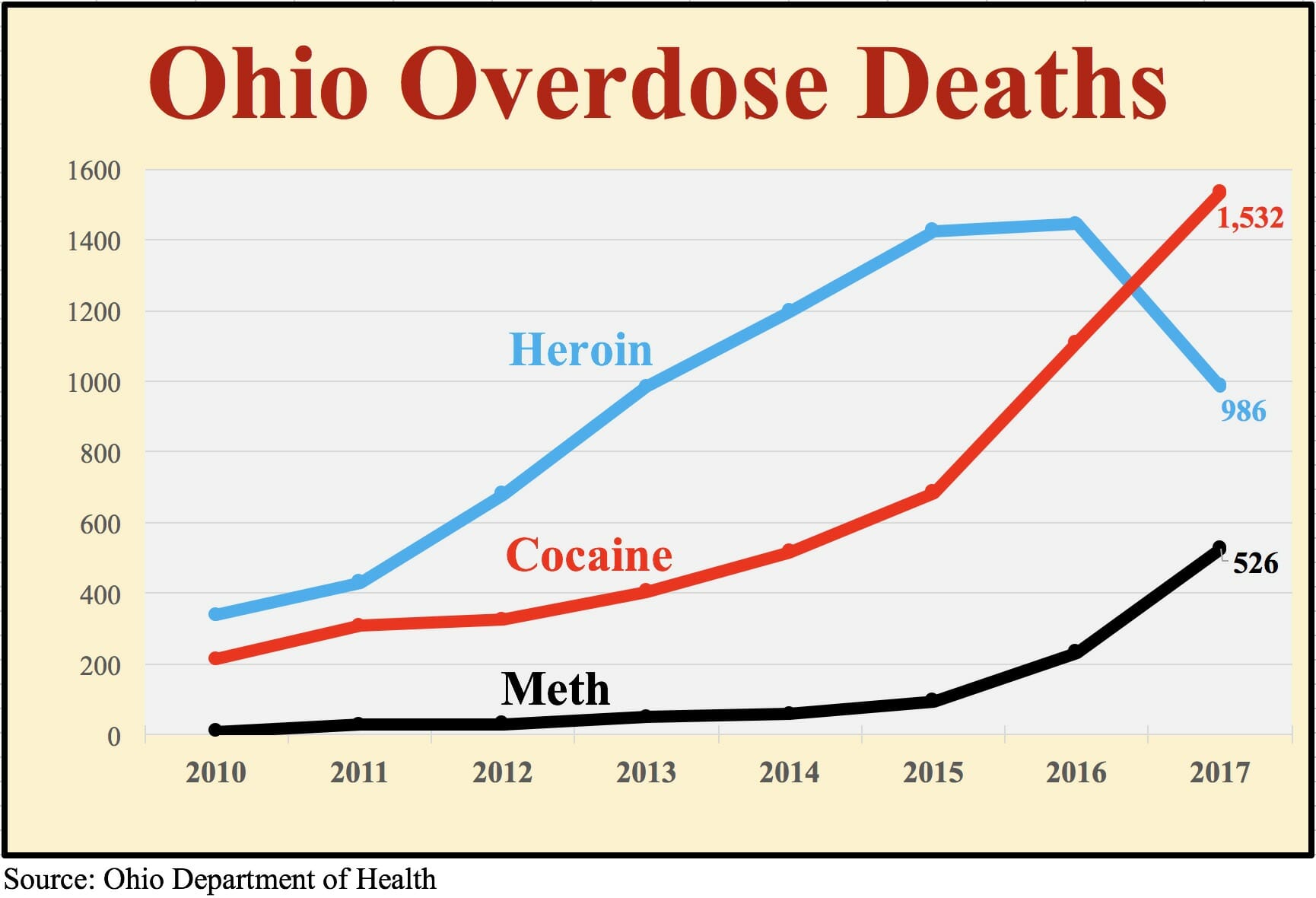 This chart shows overdose death for cocaine, heroin and meth. Ohio does NOT have an opioid addiction crisis. We have a drug contamination crisis, and it’s killing Ohioans throughout the population of 1.8 million residents who use prohibited drugs.

The contaminant happens to be an opioid, but stimulant users are the ones being killed in growing and unprecedented numbers.  The widespread death of these beautiful people is being lost in the hazy, lazy myth that opiate users are the problem. Heroin users are not causing the contamination problem; they are victims of it — as are the state’s more numerous cocaine and meth users.

What needs to happen immediately: State and local governments, plus private groups (including Harm Reduction Ohio), must begin large-scale emergency efforts to get naloxone into the stimulant-using community. Saving the lives of those suffering drug overdoses is not where policy improvements end…but it is where they must begin.