“No amount of time makes it not just kill you.”

‘Survivor’ contestant Elie Scott talked movingly of the death of her sister in an episode that appeared Wednesday night, September 21.

Elie is a clinical psychologist from Georgia. Her older sister Cristi died on April 19, 2020.

Watch the video to hear Elie tell her family’s story in her own voice. Elie expresses a truism about the deep and everlasting grief that follows a loved one’s sudden death to overdose: “No amount of time makes it not just kill you.”

In the ‘Survivor’ episode, Elie refers to a family trauma that pushed her sister Cristi toward drugs as a way to cope. The trauma was likely the death of their dynamic and creative mother, Diana Lee, at the age of 43 in 2014.

In a Facebook post announcing her sister’s death, Elie recalls a sweet memory of her sister singing her a beautiful lullaby.

Everything is going to be alright
Rock-a-bye, rock-a-bye 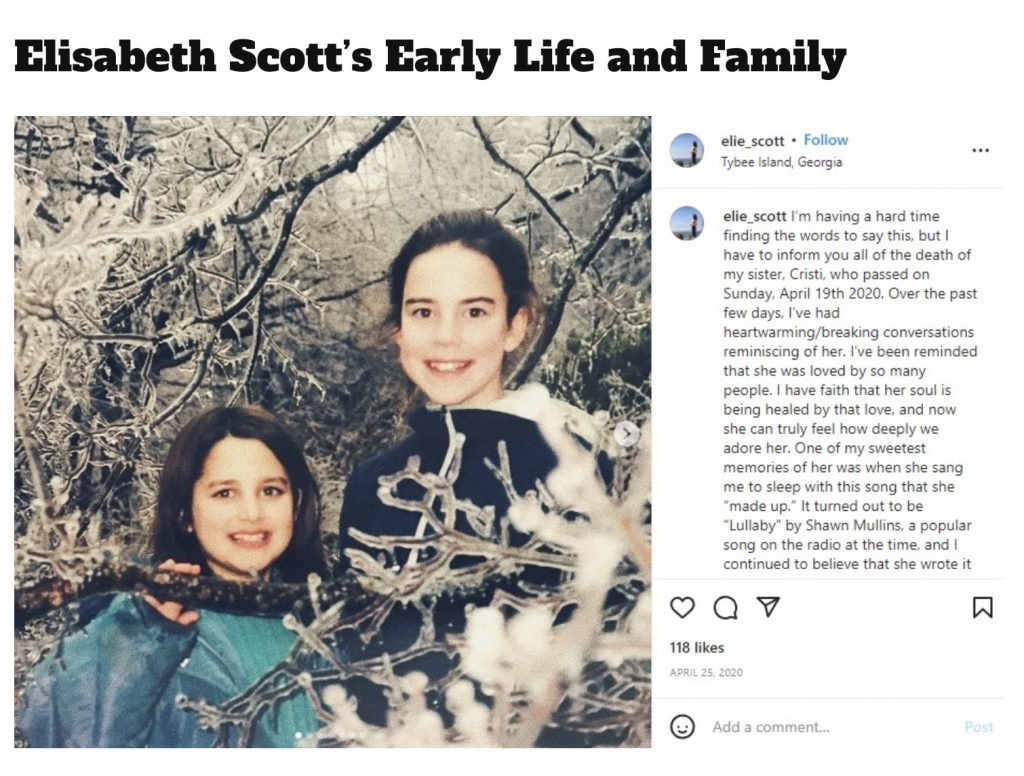 Cristi told her younger sister that she’d made up the song herself. In fact, it was a popular song, “Lullaby” by Shawn Mullins, released in 1998. Still, the song’s chorus has an an intimacy that feels just right for a big sister singing to a little sister.

Everything is going to be alright
Rock-a-bye, rock-a-bye

We’re rooting for you, Elie. You are not alone. Ohio’s harm reduction family members — the moms, dads, children, sisters, spouses, friends, colleagues — have got you.