The myth of Ohio’s “drug use problem”

Did you know Ohio’s rate of illegal drug use is average?

The most persistent myth of Ohio’s overdose epidemic is that heavy drug use has caused the catastrophe. Not so. Ohio’s drug use is average, even a little below, a fact few Ohioans realize and I have never seen policymakers report. Ohio’s drug use has been in the middle of the pack compared to other states for many years.

It’s our overdose death rate that is out whack — No. 2 in the nation for reasons likely related to bad policy choices made at home in Ohio.

Let’s look at the data. The federal government recently released the National Survey on Drug Use and Health, which has tracked drug use since the 1970s. The results show that Ohio’s streak of being average remains intact in the latest report, for 2016-17. It should be no surprise. How often does Ohio rank at the top or bottom of any comparison of the 50 states? Almost never. We are a swing state for a reason! The same is true when it comes to drug use.

This chart shows the share of Ohio adults (residents 18 and older) who used any illegal drug in the month before being surveyed in 2016-17. Even Ohio’s most beloved illegal drug — cannabis — is used at a lower rate than the national average. (This is true even when legal marijuana states are excluded.( 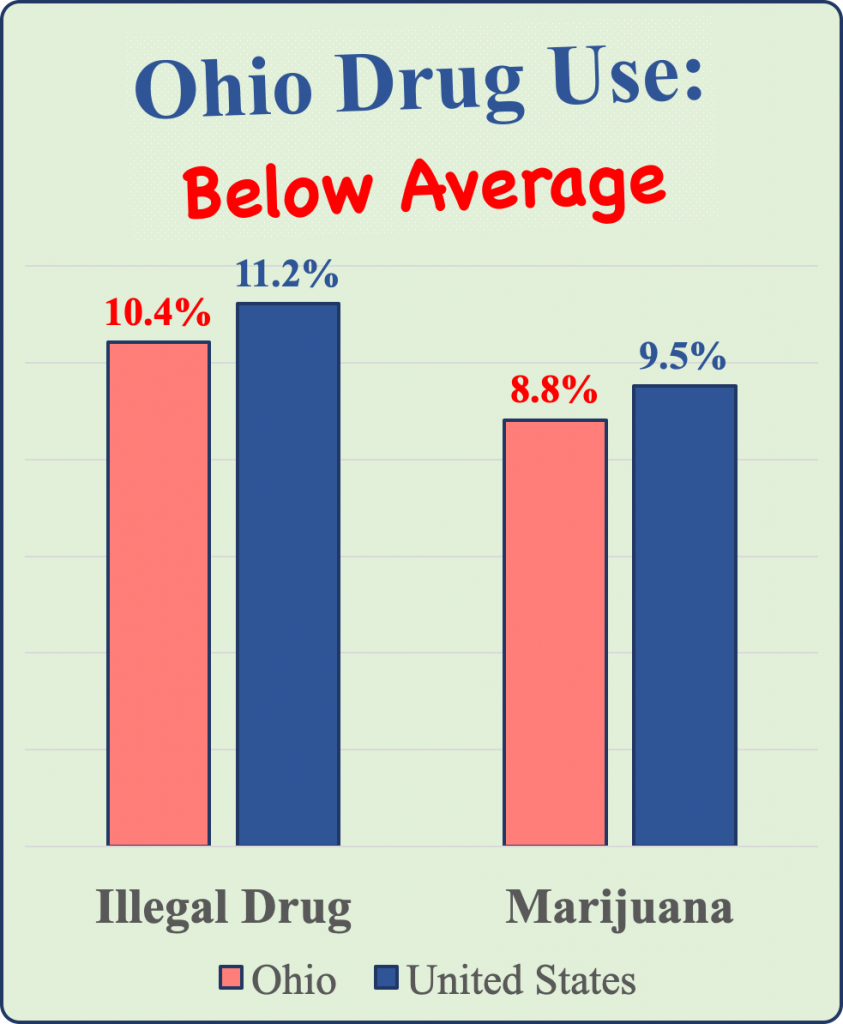 Ohio is above average in one drug activity, though: old-fashioned boozing and smoking — but only by a little! Ohio’s tradition of averageness is not easily broken, not even for beer and cigarettes. 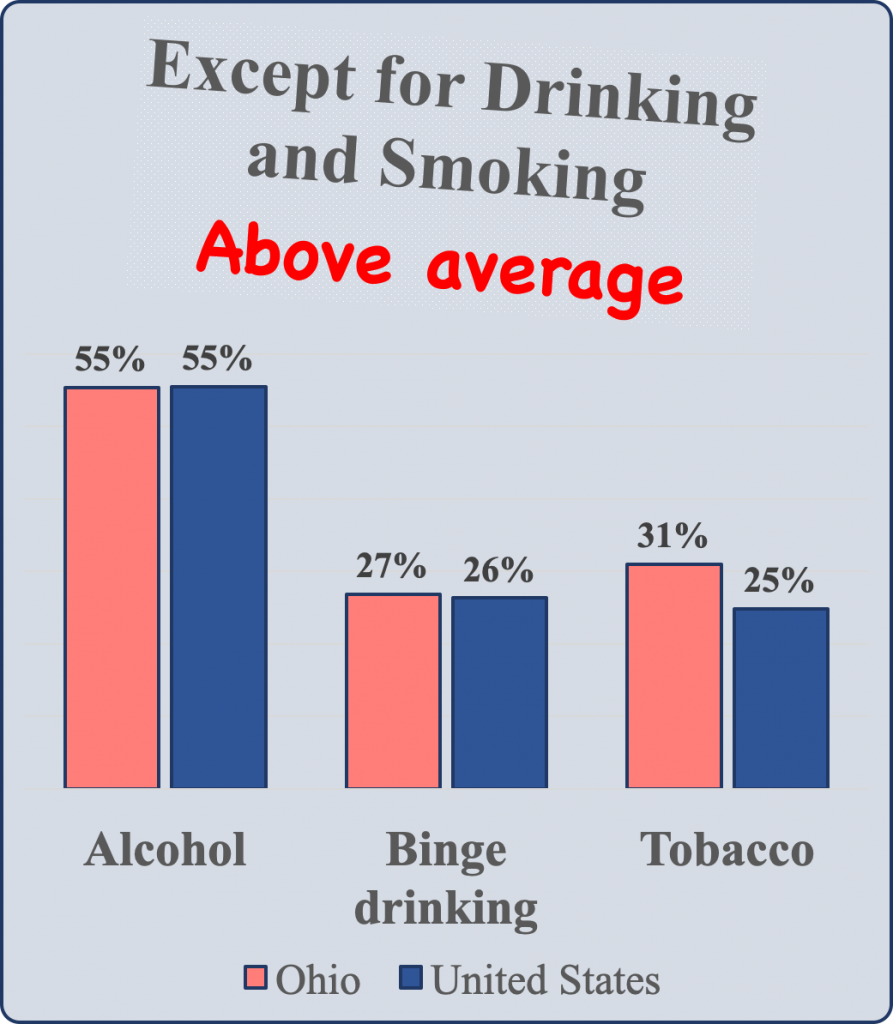 Ohio is also below average in the percentage of residents who use heroin, cocaine, meth, hallucinogens and other illegal drugs combined. When marijuana is excluded from the drug tally, 3.27% of Ohio residents used an illegal drug in the previous month vs. 3.47% for the nation as a whole.

What this shows should be clear: high levels of drug use did not cause high levels of drug death in Ohio. That’s important because the state is pursing the politically conventional strategy of targeting drug use as the primary way to reduce overdose death. It’s a “blame the victim” approach. It will not work because drug use is not the problem.

Both drugs and drug policies can cause damage.

Drug use is not the problem. Ohio’s drug policies are the problem. Harm reduction is the answer. Ohio needs to honestly evaluate the evidence on which drug problems are helping and which are hurting. Both drugs and drug policies can cause damage.

The drug survey, which confidentially queries about 10,000 Ohioans in a two-year period for its estimates, gives the number of year users of heroin, cocaine and meth in Ohio. (The number of people who use once a month or more is too small to estimate.)  I will look at those numbers in a future story.

The takeaway from the federal drug use survey should be clear: the evidence contradicts conventional wisdom that heavy drug use or high rates of addiction have caused an overdose epidemic in our state resulting in the deaths of 4,854 Ohioans in 2017 and about 4,000 in 2018. Many states have far higher drug use and substance abuse rates but far lower rates of overdose death.

As a modest goal, Ohio should strive to be average in overdose death rates.