The problem with marijuana in Ohio

Hint: It ain’t the drug 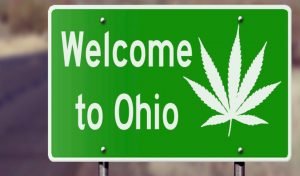 Let’s look at the economics of medical marijuana and all marijuana in Ohio.

Using Colorado Department of Revenue methodology, Harm Reduction Ohio estimates Ohio adults consume about 550,000 “flower equivalent” pounds of marijuana per year. That equals about 8.8 million ounces, which priced conservatively at about $200 an ounce puts Ohio’s marijuana market at about $1.75 billion per year retail. (“Flower equivalent” is Colorado’s way of equalizing the different ways cannabis is sold.)

Product: Medical marijuana costs an average of $505 an ounce vs. about $250 an ounce for high quality marijuana purchased on the open market. This premium of 100% or more cannot survive and is keeping Ohioans — even those with serious medical conditions — in the deregulated (illegal) market.

When fully operational, medical marijuana seems unlikely to capture even 2% of the market unless prices drop sharply. Marijuana now sells for about $225 per ounce retail in most legal states. The market price established in multiple legal states is likely to be what late-adopting states, such as Ohio, can expect, with some variance based on taxes.

Ohio’s heavily regulated and cumbersome medical marijuana regulatory system appears to be ill-suited for legal marijuana (not to mention medical marijuana!). A legal system for medical or recreational marijuana must compete with the well-established, efficient and de-regulated market that exists now. Medical marijuana is getting its butt kicked now for a variety of reasons, the most important being price and inconvenience.

Entrance fee: Market entry requires paying perhaps $300 to get a Certificate to Recommend (CTR) from a doctor and a $50 annual fee to the state just for the privilege of shopping without getting arrested. This ain’t Costco!

Today, half of those who’ve paid the $350 entry fee to buy medical marijuana never do so. Price shock may be the biggest reason. Many medical marijuana patients who do make a purchase — most? –limit their purchases to one order. This gives them a qualifying “legal” container and label to show along with their Certificate to an inquiring police officer. We call this the “one and done” phenomenon. For those who get a CTR and never purchase it’s “none and done.”

Commodity vs. premium product: As a late-adopting state rather than an innovating state, Ohio’s marijuana market — medical and recreational — will become mostly a price-driven commodity market after the initial year of novelty. Regulations, taxes and franchise fees that push prices to $300, $400 or $500 an ounce cannot work. If the state attempts this, it will fail because market forces are like gravity not birthday wishes. Regulated marijuana must compete with deregulated marijuana and legal marijuana elsewhere.

Today’s black market marijuana merchants, who operate illegally and without police protection, do not surround their product with super max security to prevent theft or crime or whatever else Ohio’s state government imagines it is accomplishing? Cannabis is an ordinary plant — like tomatoes or tobacco. Marijuana is nicknamed “weed” for a reason!

Ohio’s medical marijuana regulations can’t work because the state mistakenly thinks it’s regulating the equivalent of diamonds wrapped in gold and it all may explode unexpectedly if mishandled by a second-year college student. The obsession with security, controlling who consumes marijuana (and how and why) is not sufficiently tethered to the way the real world works already.

Ohio’s bungled regulatory scheme for marijuana won’t last because it can’t last. To adapt a Warren Buffett aphorism: “In the short run, marijuana regulation is a polling machine; in the long run, it’s a weighing machine.”

Originally published on Harm Reduction Ohio’s Facebook page on May 29, 2019.

Note: 1,235,000 Ohioans age 18 or older consumed marijuana in the previous 12 months in 2016-17, according to the federal drug use survey; 780,000 Ohioans use marijuana monthly. So far, 1.24% of those who use marijuana annually have used a medical marijuana dispensary.